Even with all the success he’s enjoyed at Black Iron Barbecue in Pflugerville, John Brotherton had something to prove in Round Rock. He opened Curly’s Carolina, TX Barbeque on Main Street there in 2013 and had to close it a year later. It stung, so when he was searching for a space for his second barbecue joint, Liberty Barbecue, a spot across the street from the former Curly’s location sounded just right. He and business partner Tre Dotson opened the place in early December of last year and quickly found a following. Despite being open for just three weeks of 2018, they were named the year’s best barbecue joint in town by a local poll.

Brotherton is well known for the creative barbecue sandwiches on the menu at Black Iron, but you won’t find them at this second location because it’s not really a second location. He partnered with a different ownership team for Liberty Barbecue, with Brotherton the only person from Black Iron involved. Dotson previously owned Tortuga Flats in Round Rock, which he described as a Mexican ice house serving tacos, tostadas, and fajitas. When it closed, he looked for a new venture with Brotherton, who had been a regular at Tortuga Flats. They found a space where a pizza joint had just shut down and decided to use the existing pizza oven for part of their menu. Instead of sandwiches, they serve an array of barbecue flatbreads.

The option with smoked turkey and pesto during my first visit had great flavor, but the crust was soaked with oil. My hands have been cleaner after eating fried chicken. The brisket flatbread on another visit solidified my opinion that chunks of brisket rarely hold up to the extreme heat of a pizza oven, no matter how much cheese is there to protect it. Still, the flatbreads have proven popular. “It looked like a pizza place here the other day,” Dotson said, noting that every table had a flatbread on it at one point during what was National Barbecue Day.

Barbecue on deviled eggs usually works about as well as brisket on a pizza. The meat is either chilled along with the constructed egg, or a hot chunk of barbecue melts the yolk filling. At Liberty Barbecue, they’ve found the right balance. Thick chunks of bacon in a warm bourbon jam sit gingerly atop the fluffy yolk, providing a contrast of hot and cold, and somehow the pairing doesn’t reach an uncomfortable level of decadence. Luckily I had tablemates to keep me from eating all five that came in a serving.

Also on the appetizer menu are the wings. They’re fried to the right level of crispiness and tossed with one of four sauces, habanero being the spiciest. I opted for heat and found it to be just below the level of punishing. They featured a good mix of flavor and powerful spice.

The habanero wings are the way to go for spice lovers.

The addition of bacon jam makes these some dangerous deviled eggs.

The basic barbecue menu is about the same as you’ll find a little over five miles away at Black Iron in Pflugerville. Here it’s all cooked on a Bewley smoker, and another offset from Moberg is on its way. The brisket on the first visit was bland and unimpressive, especially the lean brisket. That changed dramatically a couple weeks later with a few good slices of lean beef, but it’s hard to tell which you’ll get. The ribs are heavily seasoned with a rub heavy on brown sugar and herbs. I swear I tasted bay leaf, or maybe thyme, but I’d be happy for another sample to be sure.

Moist slices of smoked turkey were a hit during one visit, as was the smoked boudin. All the sides I tried were impressive, including the hearty borracho beans, chunky potato salad, a crisp and bright cucumber salad, and creamy mac and cheese.

Unless you’re visiting Liberty Barbecue for the flatbreads, it’s hard not to compare it to Black Iron Barbecue just one town to south. The brisket at Liberty needs some work to seduce any regulars away from Pflugerville. That still leaves a lot of other reasons to visit, and Brotherton knows there’s plenty of demand in the area. “It’s a good time to be in barbecue,” he told me with a smile. I’d agree that Liberty is the best barbecue in Round Rock, and it’s far better than Curly’s was just a few years ago. Brotherton acknowledges the latter, telling himself, “I’m glad it happened,” every time he looks out the window to his former restaurant across the street. 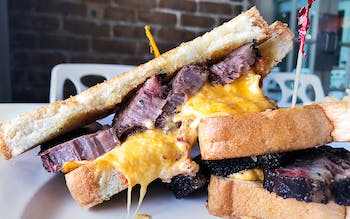 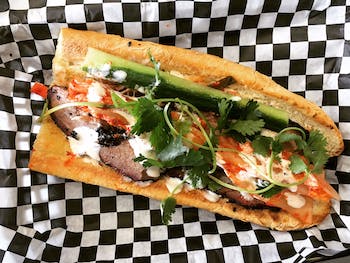 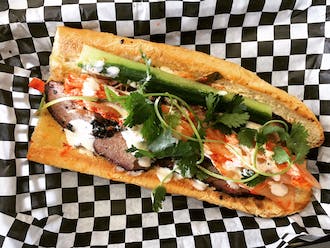 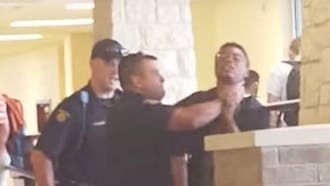 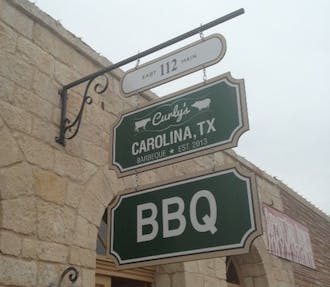