In 2009, the late meat and barbecue loving Josh Ozersky wrote: “Liquid smoke is one of the most revolting substances known to man, and anathema to any real cook.” In certain circles, using the substitute is worse than deceptive—it’s flat out cheating. Even the most hard-headed, hogmatic North Carolinian would agree with a beef-loving Texan that meat and fire are the essence of barbecue, so why is the sous vide crowd trying to build a liquid smoke bandwagon?

I first noticed a couple years back when ChefSteps, a Seattle-based cooking website, attempted to solve a legitimate barbecue problem: how do you make smoky meat if you live in an apartment? They used a combination of smoked salt, smoked paprika, and charred onions and garlic in the rub to help replicate the smokiness of a wood fire, and used the sous vide technique—a water bath held at a consistent temperature—to cook them low and slow. Just before the final rub, ChefSteps brushed on liquid smoke and molasses to make it all stick. Liquid smoke isn’t an ingredient that I’d reach for, but it seemed harmless enough for a Seattle apartment dweller seeking decent apartment ribs in five hours.

I subscribed to ChefSteps when they added a barbecue section, and the initial recipes used a sous vide-smoker combination that looked promising for pork ribs, beef ribs, and pork shoulder. Then last month they came back with a brisket recipe that takes days to complete. This one left out the smoking entirely and relied on a double dose of liquid smoke. Soon after there was smokeless smoked chicken, then a collaboration with Meathead Goldwyn of Amazingribs.com for an updated version of indoor ribs. Both recipes leaned on the shameless use of liquid smoke, and from the tone of the videos, it seemed that they actually preferred it to authentic wood smoke. One of the recipe developers, Walla Walla native Nick Gavin, promised, “This is going to make a juicier brisket that rivals anything you find in the South.”

What they didn’t say was that maybe it was the hands-off cooking method and consistency of bottled ingredients they preferred. This point was made more clear by J. Kenji López-Alt, the chef and writer behind The Food Lab. Liquid smoke was a key component of his recent sous vide pork rib recipe, and he explained his reason. “And what about that smoke? Well you could start or finish the ribs on a smoker to get that smoker flavor into them, but then you reintroduce that unpredictable element. It’s much easier and more consistent to simply use a few drops of liquid smoke added directly to the sous vide bags before sealing.” In true barbecue, precision would never trump flavor.

There’s something ironic about using the ultimate barbecue shortcut in a recipe that takes at least two full days to pull off. That’s like buying a cup of instant coffee today but having to wait until tomorrow before it’s ready. When a rack of ribs in the smoker can be ready in four to six hours, I don’t see the benefit of replacing that unbroken method with one that takes far longer, and uses shortcuts for smoke flavor. Heck, can you even call it barbecue?

López-Alt (who admitted “I don’t really enjoy barbecue“) seems to think so:

With that, I give you this photo of instant coffee that looks and tastes like actual coffee: 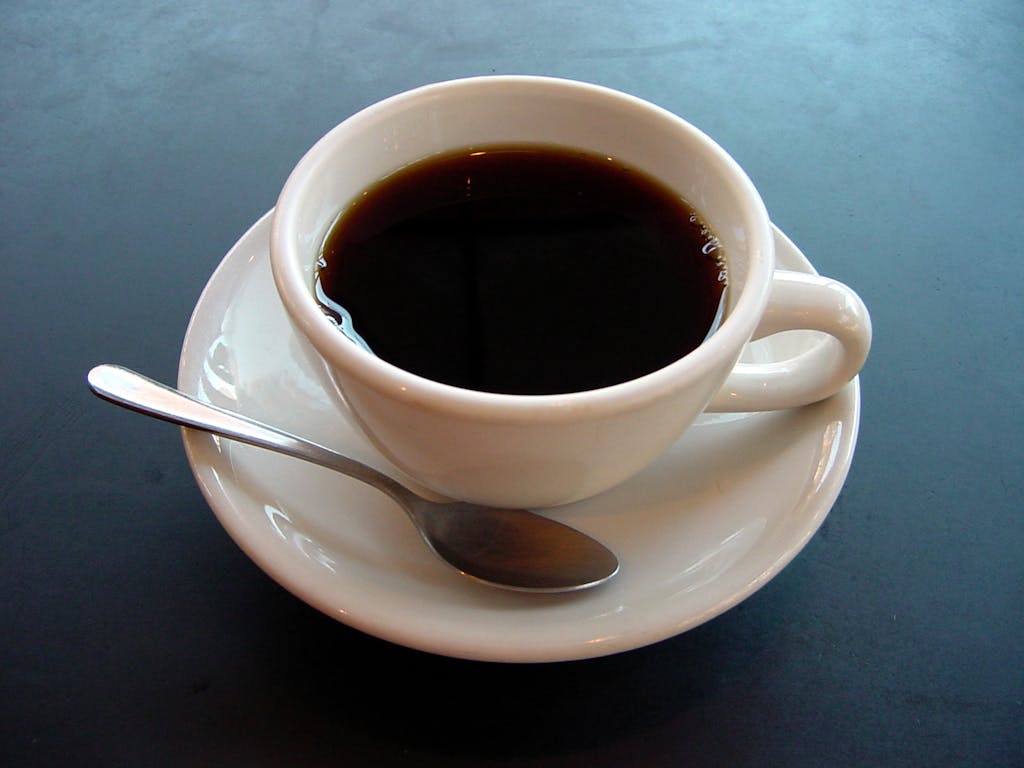 Given its newfound popularity in smoker-averse kitchens, I wondered about the story of liquid smoke. Was it the creation of a pitmaster tired of feeding a fire and looking to pull one over on unsuspecting customers? Not quite. And in Texas, you’re as likely to find liquid smoke in a barbecue joint as you are to get tofu on the menu. One exception was the now closed Danny D’s Barbeque in Hurst. Travis Heim, who now owns Fort Worth’s Heim BBQ, worked there for a few days years ago, but was so shocked by their meat preparation that he quit. “They would marinate brisket overnight in liquid hickory smoke, and then apply a very liberal rub of Lawry’s. It was rough,” Heim remembers.

But liquid smoked wasn’t developed for cooking barbecue. Invented in Kansas City, Missouri by Ernest H. Wright in 1895, it was first marketed as a preservative. The smoked meat they referred to in early advertisements were hams and pork bellies that were salt-cured for preservation before being smoked. Liquid smoke began as a functional shortcut.

There were reasons, especially in Texas’s warm climate, not to fill a smokehouse with hanging meat. In Dallas’s Southern Mercury newspaper, a Mr. Hulyer of Navarro County described how to cure meat using salt, sugar and salt petre in 1897, but he advised against using a smokehouse. “I abominate a smoke-house in this country; flies are out all winter, and will lay their eggs on your meat. You cannot keep them out; no use to try it. If you must have the smoke flavor you can get the ‘liquid smoke’ and paint your meat before you put it down.”

But Wright struggled with perceptions about his invention. In 1906, the Dallas Morning News reported that Waco Judge Sam H. Scott was equally wary of liquid smoke as a preservative as he was of formaldehyde in milk. He told the court, “I don’t know what it is. Anyway, it is a liquid and they use it and put the meat in it, and to a certain extent it is poisonous.” Skepticism continued, and in 1923, Wright vented his frustrations to the Rotarian: “It is not easy to get people to abandon the old way for the new; and it has been hard to get people to take this ‘liquid smoke’ seriously!”

In an attempt to keep his process a secret, Wright never patented liquid smoke and Dallas-based Figaro popped up as a competitor in 1904. Colgin, the other major brand that remains beside Wright’s and Figaro today, was also founded in Dallas in 1945. Colgin’s timing could not have been better, as the rise of patio culture and backyard barbecues swept post-war America. The public wanted smoke flavor, and recipe authors obliged. In the Fifties, liquid became a common ingredient for indoor cooking. Smoke flavor was added to anything from baked fish, chicken, and spareribs, to smoked egg dip and even sliced hot dogs marinated in the stuff before being baked. Liquid smoke became as common as ketchup in published barbecue sauce recipes.

By the Eighties, the love for liquid smoke had waned, and today the prized flavor of a wood fire reigns supreme. Still, you’re probably eating plenty of liquid smoke if you buy bottled barbecue sauces. A trip to the local grocery store showed that 43 of the 46 ketchup-based barbecue sauces had some variation of “natural smoke flavor” listed as an ingredient. At a higher end grocery store up the road, where the sauces average around $5 a bottle instead of $2.50, half of the sauces had the ingredient. The point being, liquid smoke’s popularity as a flavor enhancer, at least in barbecue sauces, has not waned.

Before this latest batch of sous vide recipes popped up, I thought liquid smoke’s use in faux barbecue was all but gone in the U.S., despite its recent popularity in countries less familiar with Southern barbecue. The 2011 sous vide bible, Modernist Cuisine, included plenty of barbecue recipes, but all of those meats had at least some time in the smoker, and none contained liquid smoke. The creative team behind the book launched ChefSteps after it was published, but the ease of liquid smoke was too tempting to ignore any longer. I just hope we can all recognize the real shortcut and ditch the immersion circulator for a hardwood fire when we want barbecue. At least that way, we can eat a smoked brisket the same day we started it.