Yes, really. Make a ham. From scratch. Don’t just reheat one from the grocery store like you did for Easter. You still have the time to get it on if you start now. After a seven- or eight-day brine, you can have one you can call your own on your Christmas table.

Turkey owns Thanksgiving, and ham, like goose before it, was once the choice for the Christmas meal. Prime rib has now taken over as the pre-eminent showpiece for the holidays. Maybe ham just isn’t as cool. Maybe the popular but overpriced spiral-sliced versions have turned off home cooks. Maybe the sameness of those supermarket brands just became too ho-ham. No matter, because now is the time to bring it back. 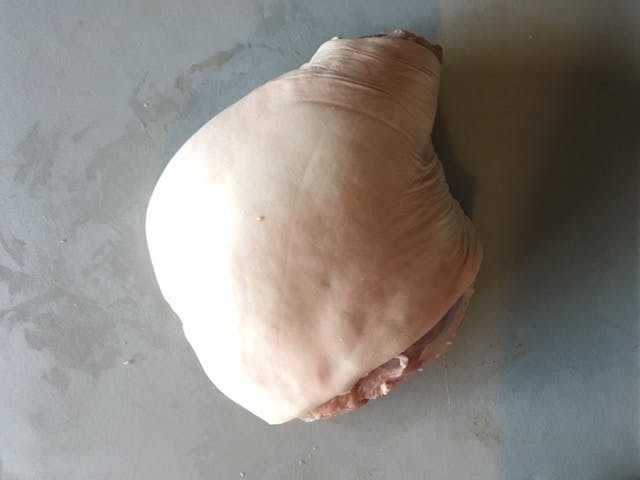 The word ham refers both to the rear leg of a pig and to the cured and smoked version we’re most familiar with in the U.S. Even if you’re a backyard brisket master, a ham probably isn’t something you’ve done from scratch. Fresh hams–that is, hams that aren’t already industrially cured and smoked–are hard to find. To get one, you’ll have to make a special request at your grocery store’s meat market, get to your favorite local butcher shop, or just find the nearest Asian supermarket. The Jusgo Supermarket in Plano had several to choose from, but I had to ask at the butcher’s counter. I settled on an eighteen-pound beauty at just $2.39 per pound. 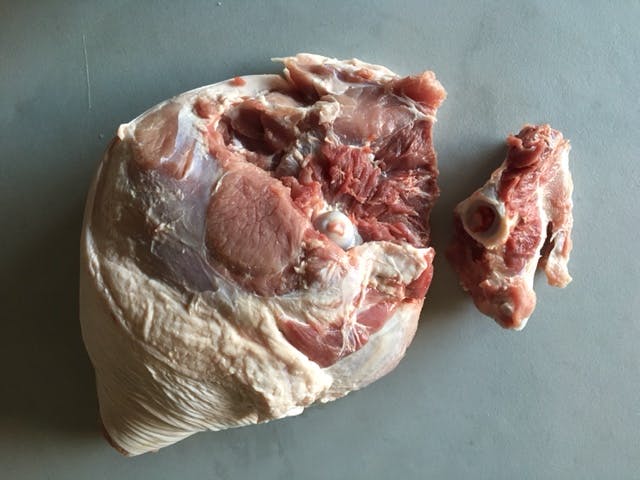 Before we really get started, the ham must be prepped. First, on the opposite end from the shank, there’s the aitch bone. It needs to be removed, like they do in this video. Then you need to remove the skin. I stunned myself and did it all in one piece, but no need to be so neat. The skin is best diced up and bagged for making cracklins later on. Just use a knife with sharp tip like a boning knife. 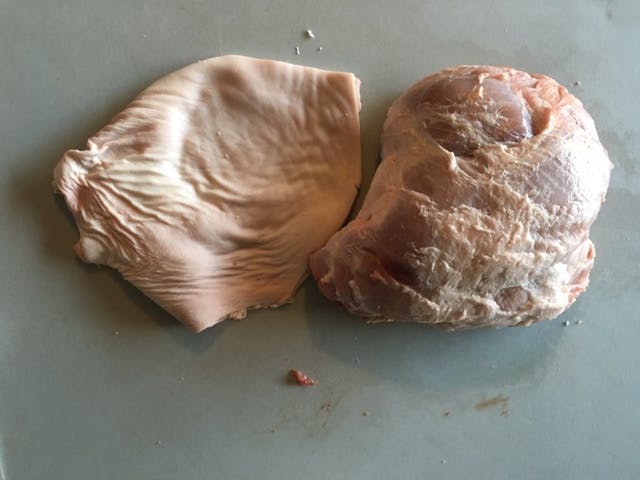 A ham is smoked, but it’s the curing step that gives it the distinct pink color and its salty flavor. It takes some time. Even with the added step of injecting the meat with the brine solution, it can take seven or eight days to soak through. What about that brine, you ask? Well, there are dry cures and there are wet brines. For this recipe I went with a wet brine using the ratios published in Michael Ruhlman and Brian Polcyn’s Charcuterie book.

Mix these ingredients until the salt is dissolved. This can be done at room temperature, but it can be done much more quickly if the water is hot. If you go this route, make sure the water cools back down before putting the ham in the brine. You can also heat half the water, dissolve the salt mixture, then add in the other half of the water as ice to cool it down quickly. The latter method is the one I chose. I also doubled the recipe to have two gallons worth of brine.

Once the brine is ready to use, start by injecting the ham with the brine mixture. You’ll need to focus on the thickest parts of the ham, the areas that will be hardest for the brine to penetrate from the outside. One tip from Ray Riley at Texas A&M’s Rosenthal Meat Center is to locate the end of the femoral artery and inject the brine into it. This uses the arterial and capillary system to spread the brine throughout the ham.

After the injection, fill a large container with the brine. A sterilized five-gallon bucket will work, but I used a Lexan tub from a food supply tour. It’s three-gallon capacity was just enough to fit this whole ham. 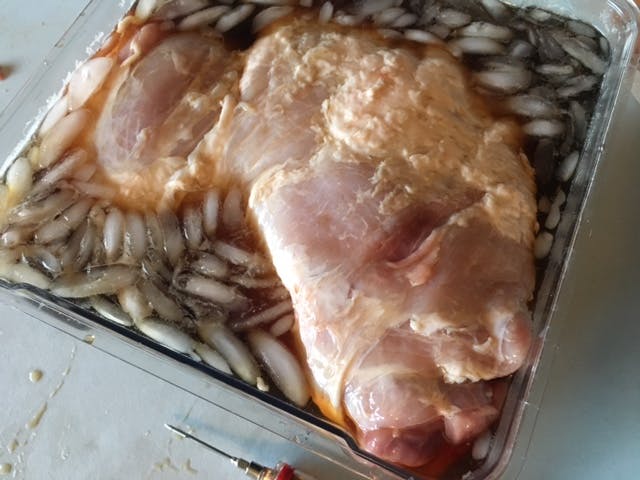 The ham will float. It needs to remain submerged for food safety purposes, so you’ll need something to weigh it down before covering the container. The best method is a gallon-sized Ziploc bag filled with the brine mixture. It’ll be heavy enough, and if it leaks it won’t affect the brine’s salinity. 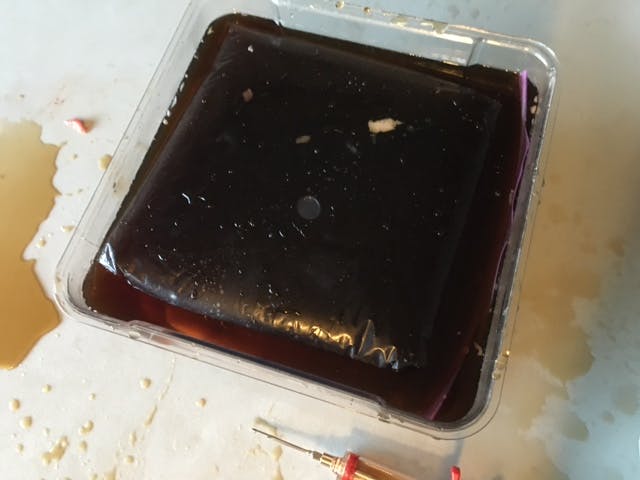 Now pop it in the fridge for at least seven days, and don’t forget to turn it at least once in the middle of the process. 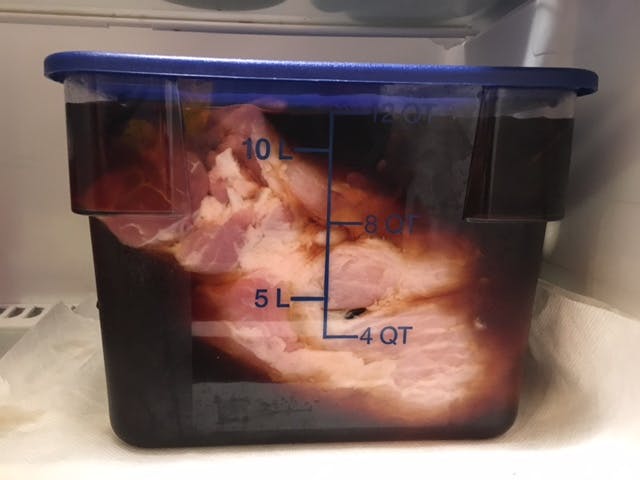 This is only the beginning; part two will come next week when I’ll walk through the smoking process, and we’ll have a look at the finished product. For now, it’s your move if you want a truly homemade ham for the holidays. You’ve got ten days until Christmas.