It’s my job to travel this great country—and parts outside Texas—looking for notable barbecue joints. But searching for good brisket in California can feel like waiting for a cool September day in Texas: both exist, but mainly in theory. After making my way through a solid Southern California itinerary a couple months back, I enjoyed the original Compton branch of Bludso’s and Studio City’s Barrel & Ashes. They were solid finds on opposite ends of the atmosphere spectrum, but neither restaurant’s brisket made a strong impression. It’s as it’s meant to be, I thought. California has sunshine and great wine—they’re not supposed to have great brisket too.

Then last week I walked into a month-old newbie in Culver City called Maple Block Meat Co. From the get-go, I knew something was different. In Texas, cutting barbecue is performance art. The person wielding the knife holds the power as customers bark their order across the counter. It’s a way of advertising the day’s wares, as well as providing the opportunity for gustatory discourse. How else would they know that you like to gnaw on the shriveled end rib they planned to toss? In California, that sort of service isn’t normally employed. Diners are more than comfortable to select from their menu at the table, and let all of the meat cutting happen out of sight in the kitchen. What ends up on the plate can be cruel surprise.

That’s why it was so refreshing to find that Maple Block takes orders at the register, adjacent to the cutting block, where I spied a glistening mound of smoked meat. The browned skin of a turkey breast that was pretty enough for a Thanksgiving table clued me in that I’d be getting the whole menu. They just began dinner service that includes chops and steaks, but for lunch it’s a choice of that turkey, pulled pork, chicken, pork ribs, and, of course, brisket. 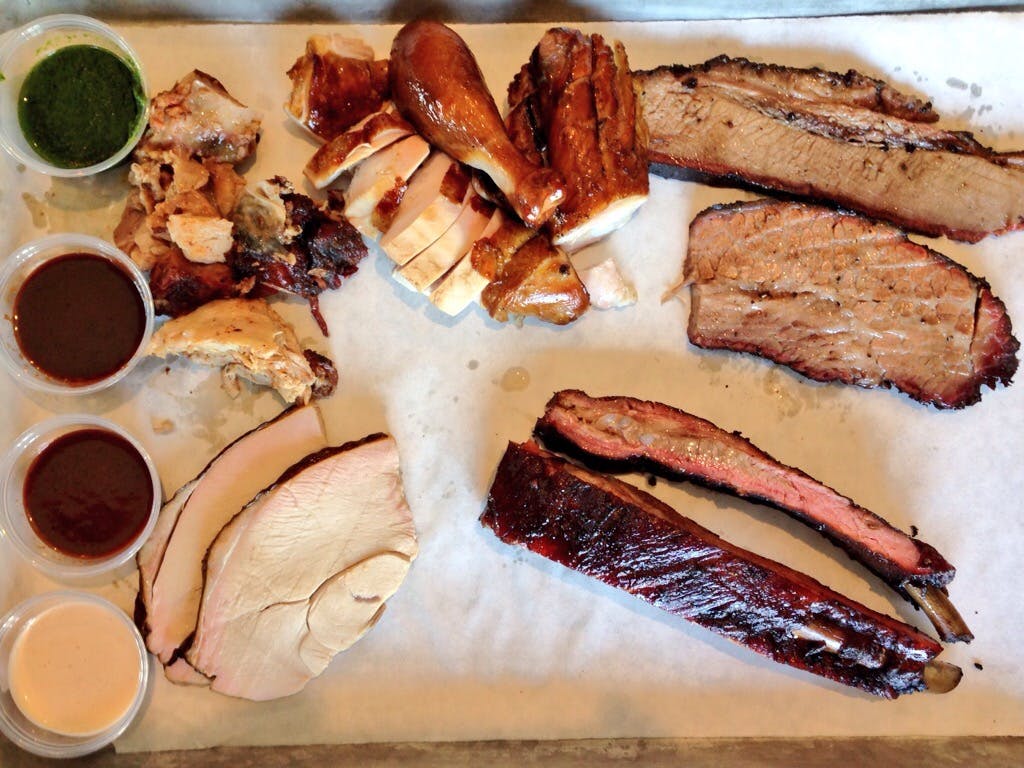 Excitement built as I watched the jet black brisket jiggle on the block. During a momentary glance into the kitchen, I spied J&R wood smokers built in Texas, then my gaze returned to the knife as it glided through the fatty end of the brisket. Juicy slices piled up on the block. I love fatty brisket, but the lean side looked great as well. Can I get a couple slices of that, too? Some swift flicks of the knife followed a quick nod from the knife man. For a moment, I thought I was in Texas, then my housemade ginger soda with a basil garnish arrived.

It was obvious the Maple Block folks had done their Texas research. Then I learned that chef Adam Cole (I guess they don’t call them pitmasters in L.A.) is originally from Texas. They did in fact travel as a team around the Lone Star State, and I’d recognize the trick of dipping the sliced turkey into a vat of melted butter any day. That’s a Franklin Barbecue signature. It helps that the turkey was already juicy with a delicate smokiness from peach wood. Skip the barbecue sauce and dip this bird into the vibrant green chimichurri. 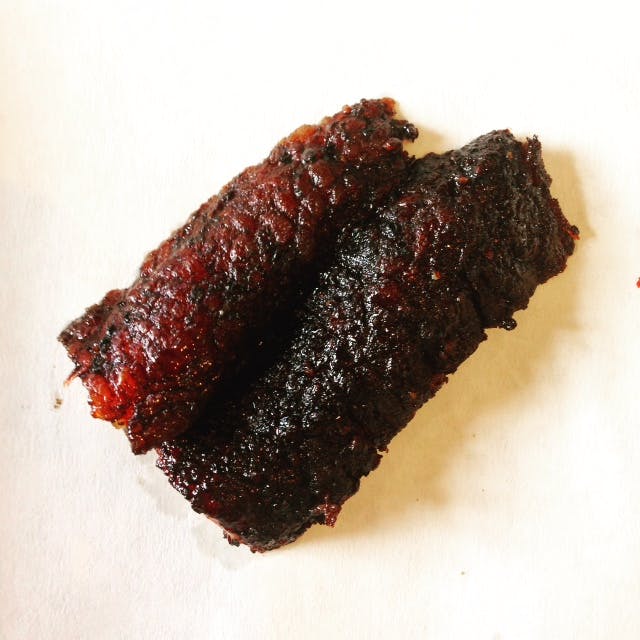 But ok, back to the brisket: I can confidently say that Maple Block Meat Co. serves smoked brisket that would hold up in Texas. (I went back the next day just to confirm my findings.) The crust was well defined by smoke, salt, and pepper, and the texture was perfect. Slices pulled apart easily without disintegrating under their own weight. There was a balance of beefiness and smokiness, and the fatty nuggets from the end cuts had the intense flavor of Texas brisket. I had found my barbecue home away from home. 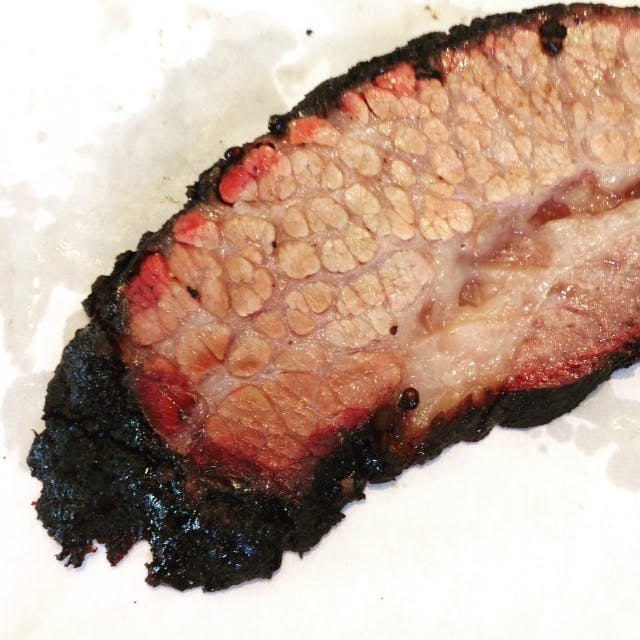 The rest of the menu was great, too. Large but thin pork spare ribs had good smoke and came easily away from the bone without falling off. Some sweetness in the rub rounded out the pulled pork, and the chicken was moist with crisp skin. That’s all great, but it was the brisket that knocked me back. 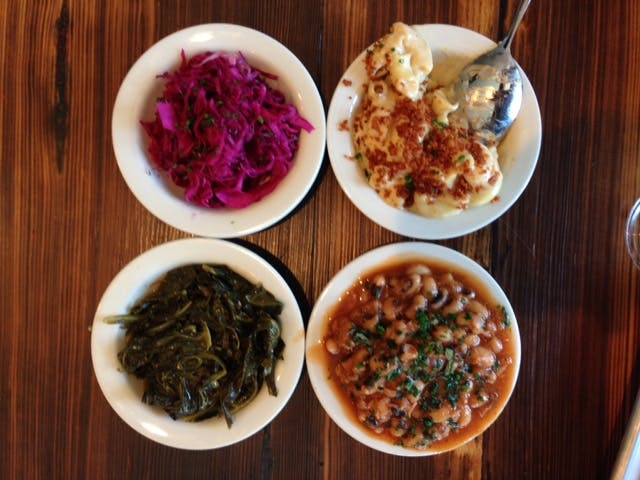 A few hours later, as I downed one of Maple Block’s sugar-coated hand pies at the airport, I pondered my two days of barbecue consumption in Los Angeles. I wrote last week about the incredible brisket from the pit of Adam Perry Lang. Then, with this revelation in Culver City I realized I had found the best brisket in California twice in one trip. If you want to get a taste of that smoked magic in a restaurant, you’ll have to get to Maple Block, and ask the knife man for a slice of the fatty.

This story originally ran on the the Los Angeles Magazine food blog, The Digest.

Forget Pretty Brisket. This West Texas Joint Is Sticking to Its Direct-Heat Method.