I ate a lot of barbecue meals in 2014. Some were great, some awful, but most of them landed closer to the middle. Rather than reliving the bad ones, these were my twenty-five most memorable bites from the past year, presented in chronological order. 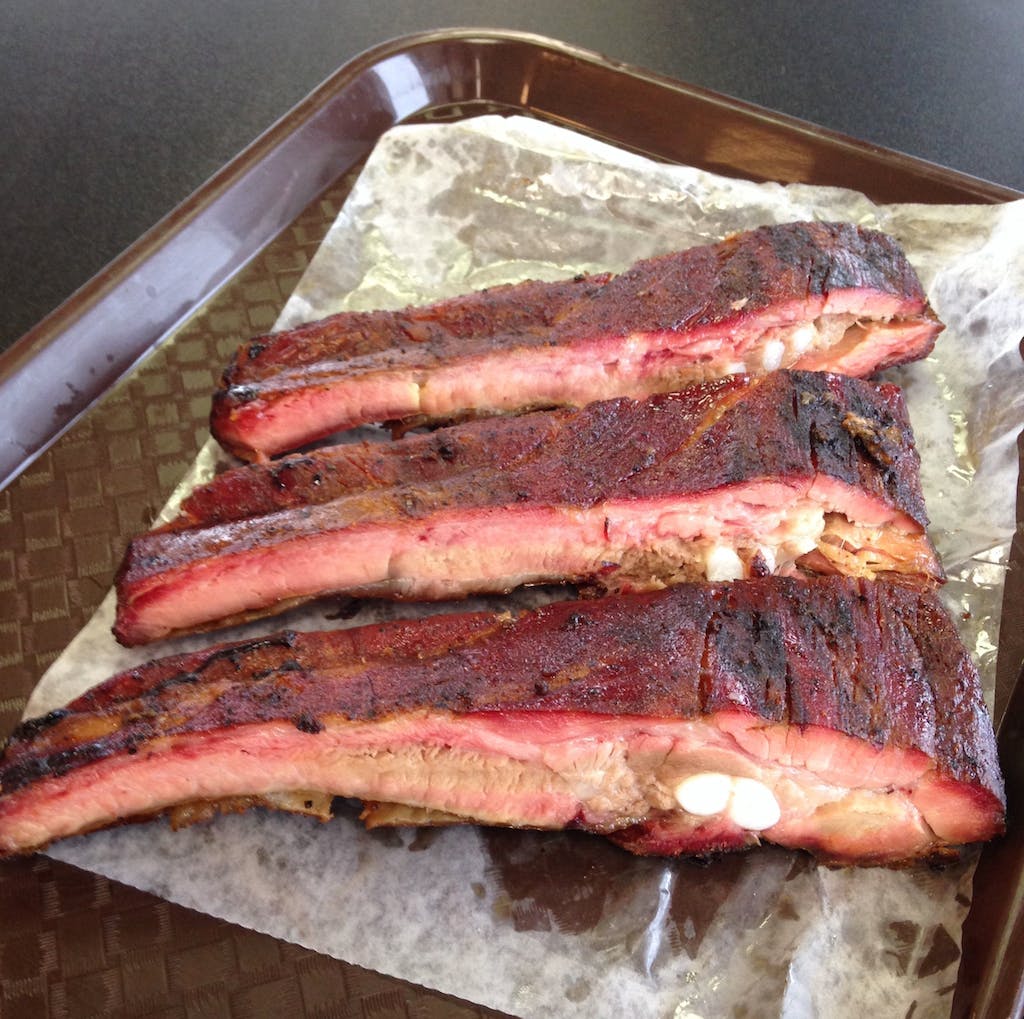 The brisket here can be up and down, but the spare ribs are always solid. These three were some of the best I’ve eaten anywhere. 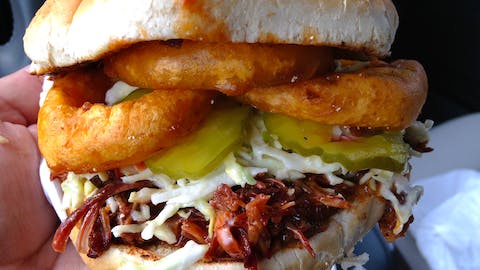 This sandwich features juicy chopped pork, slaw, pickles, and onion rings. I didn’t set it down. 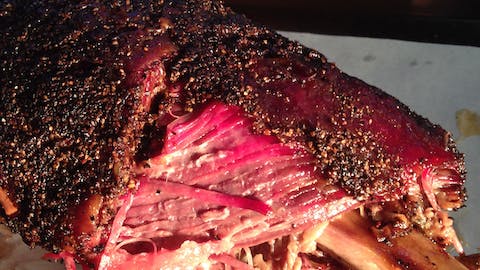 Giant beef short ribs can now be found on smokers all over the state and the country, but Louie Mueller was doing them before they were cool. This one was an example why. 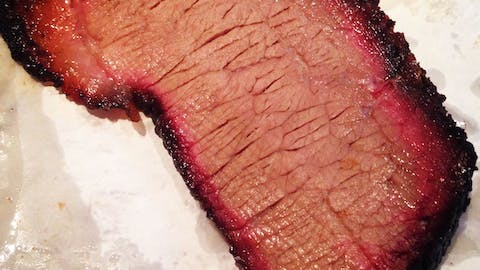 This cut of beef is leaner than brisket and can really dry out. This was the finest slice of it I can remember eating, and this was on Lockhart Smokehouse’s first day in business at their Plano location. 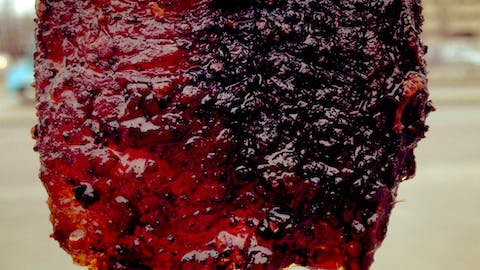 There was more fat than meat, but it was all so perfectly tender it just didn’t matter. This was brisket perfection, and it actually came out of a friend’s trunk in the parking lot of a taco shop. 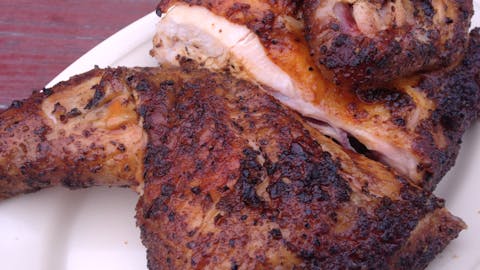 I poke fun at smoked poultry, but this juicy chicken with a crispy, smoky skin made me wonder what I’d been missing on previous visits to Hutchins BBQ. 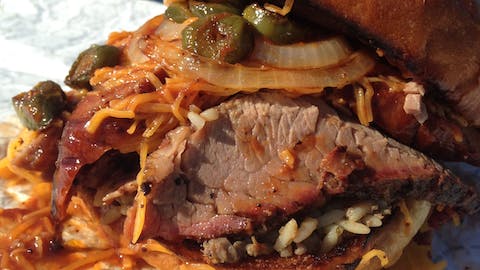 This sandwich is a full meal. There is a layer of dirty rice in there, two meats, grilled onions and jalapeños, and cheese. It’s an off-menu special, but they’ll make it for you anytime. 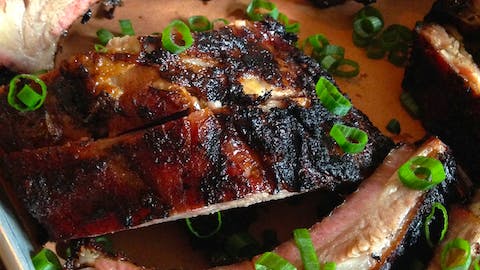 Pork ribs with barbecue sauce give you that combination of sweet and salty, but they don’t have the depth of flavor of these baby backs. There’s some added heat and a crispy bark too. These ribs were so good I got the recipe. 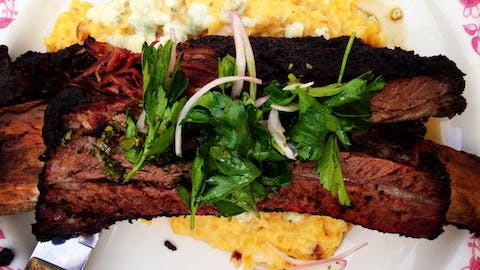 For the size and quality, this is one of the best fine dining deals in Dallas. It’s also juicy and tender beef atop hominy casserole. All that was left was a clean bone. 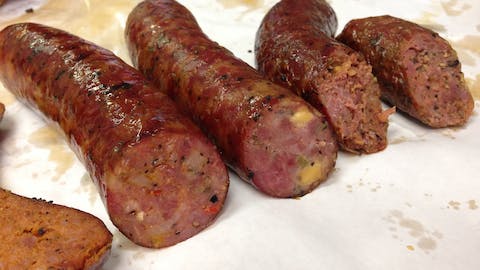 I saw a trend this past year of more and more barbecue joints making their own sausage. It’s coming back into style, but here at Cattleack they went all in with four unique versions, and they’re all good. 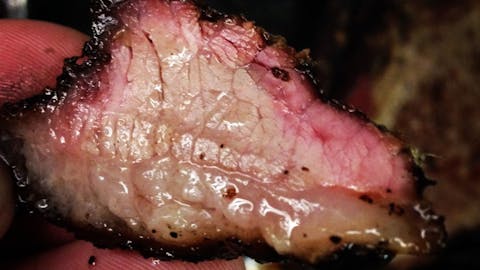 I’ve had some pretty dry slices of brisket here in the past while sitting along the famous horseshoe shaped counter. On this trip I went back in the pits to interview pitmaster Steve Kapchinskie and he cut this corner off of a fresh brisket. With the bark, the fat, and the meat it was the ideal bite of smoked brisket. 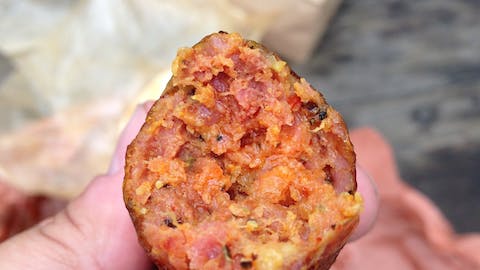 Central Texas isn’t short on great sausage, but it’s hard to find a better version than what John Lewis is making at La Barbecue. Known as “hot guts,” they have some heat and a great snap from the natural casing. They’re also ridiculously juicy. 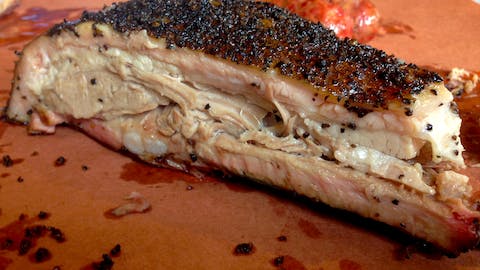 Can’t choose between pork belly and spare ribs? Then this is your cut because it’s got both. The meat near the bone is firm while the fatty layers above are luscious and smoky. 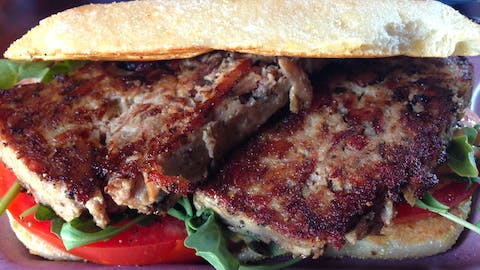 It’s basically pork rib Spam. Leftover rib ends are chopped, packed into a terrine, and chilled. The finished loaf is sliced thick and fried until the surface is crispy, then it’s all put on a giant sandwich that’ll still leave you wanting another bite. 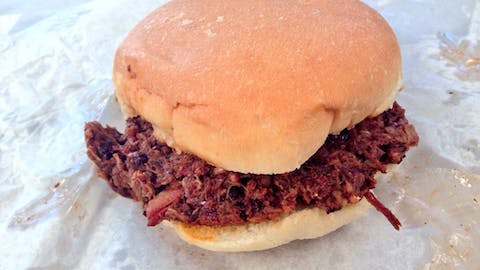 You can only get this sandwich one day a year. They cook a few thousand pounds of brisket over mesquite coals in Castroville for the Homecoming celebration. Most of it is served sliced, but all the trimmings get chopped and mixed with the homemade barbecue sauce and put onto a fresh baked bun from the local Haby’s Bakery. I’m just sad I’ll have to wait until August to get another one. 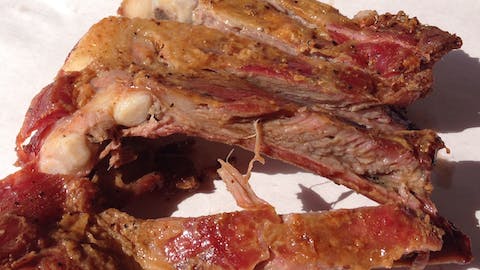 Goat doesn’t make it on to many barbecue menus, and here in Mason what little of it that does make it onto the pit goes quickly. I was lucky to get these crispy ribs that pulled away nicely from the bone. It’s too bad you can’t find them more often. 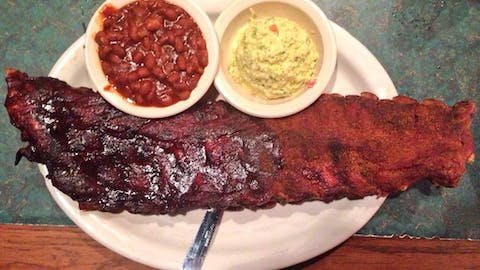 Memphis is known for ribs, but it wasn’t as easy as I expected to find a great rack here. Leonard’s was the standout in town, and while I generally preferred the dry versions around Memphis, at Leonard’s I liked the wet ones just as well. 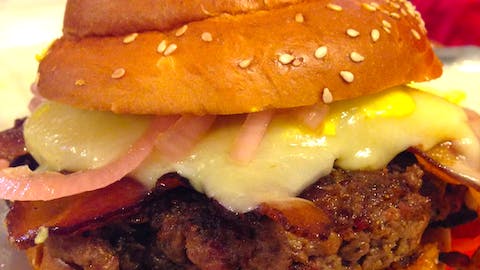 This was a limited run burger at this bakery/restaurant know for Black Forest cake and smoked meats. Owner Hans Muller is always toying with burger combinations, but this one was his best. It featured a patty of ground beef and smoked beef short rib along with smoked pork belly.

Salt, pepper, and pork sound so simple, but when it comes together along with post oak in the pits at Kreuz Market, something special happens. Any slice is good here, but I prefer the end cut. 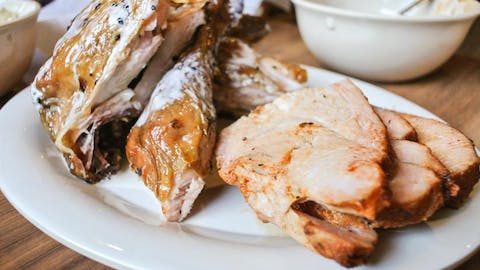 Often times legendary dishes at legendary restaurants can be a real let down. Not so at Big Bob Gibson’s. The meats and sides were all great. Even the brisket was respectable, but they’re famous for this chicken, and rightly so. The chickens are slathered in melted lard while smoking, then dipped into a large vat of white sauce. Despite the dunking, the skin is still crispy. 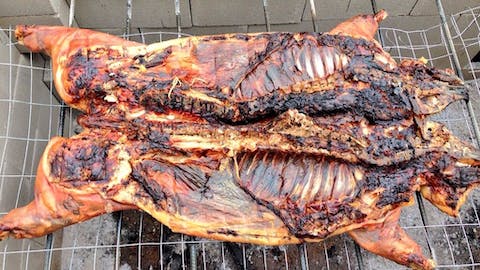 This was a situation where Skylight Inn came to me. Pitmaster Samuel Jones traveled to Dallas for an event where he cooked this hog. The meat was great, but it was that crispy skin, a signature of Skylight Inn, that I ate a very unhealthy amount of. 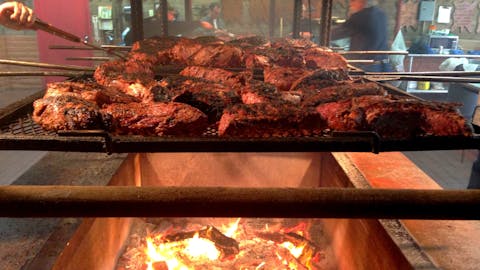 Most of the “barbecue” in the Santa Maria area consists of quick-fired steaks, but they do it slower with the tri-tips at the Elks Lodge in town. These were being cooked for a Veterans Day event, but our group was able to sample a few bites of meat straight from the pit. This is why they rave about tri-tip in this area of the country. 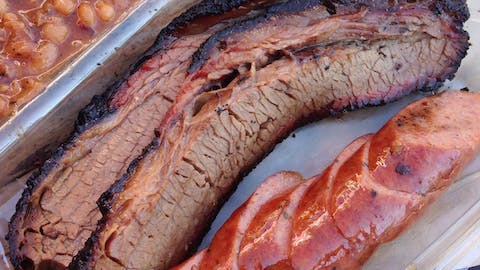 Corkscrew had just installed a new pit and increased their output quite a bit. This might be a problem for some barbecue joints, but at Corkscrew they were making brisket better than I’d ever had there before, and that’s saying something. 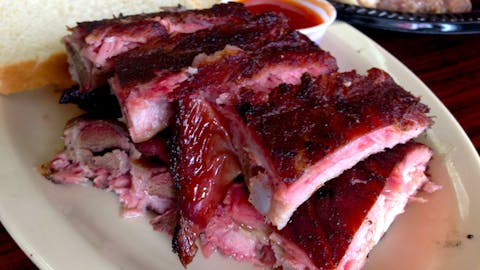 Maybe it’s the simplicity of these ribs – they are seasoned with little more than salt and hickory smoke – or maybe I secretly love dipping them in the tangy house made barbecue sauce. Either way, I can’t order a full pound here or I’d finish them.

Stanley’s Famous Pit Bar-B-Q in Tyler, Texas – The Motherclucker on 12/19 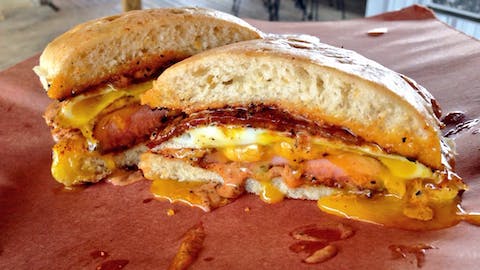 Earlier this year I said this was the best barbecue sandwich in the state. I went back a couple weeks ago to confirm that, and I was redeemed. The runny egg mixed with the candied bacon and smoked chicken thigh makes a for combination I didn’t want to share.

To be considered for the most memorable, simply seeing the image needed to bring back a rush of flavor memories. All of these items meet that definition plus another that is more important. Despite the constant need to conserve stomach space, I ate every bit of these items (but not the entire hog).