State Highway 290 runs right through the middle of Brenham, Texas, a town know more for ice cream than smoked meats. Its location makes it a perfect mid-point stop for road trips between Houston and Austin. Living in Dallas I don’t travel this route much so I made a point to go to Brenham in a very round-about trip from Bryan to Lexington. I figured this town had more than just ice cream. 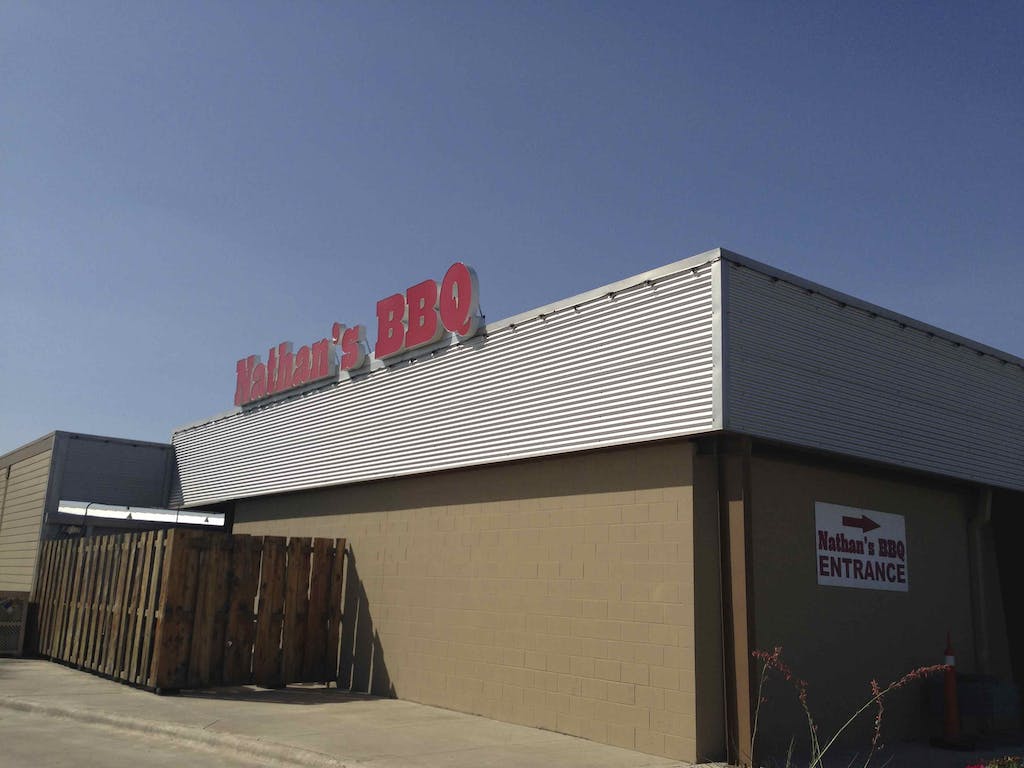 I hadn’t heard much about Nathan’s. I’ve gotten exactly one recommendation to go there. It was back in 2010 when they were finishing up renovations on the small convenience store barbecue shop that was then called Big Daddy’s. There was an issue with a competitor using the same name, so “Big Daddy” Nathan Winklelmann renamed the place Nathan’s BBQ when it reopened in late 2010. Since then the word is that Adam Richman from the Travel Channel’s Man vs. Food was filming there in June of last year, but nothing featuring the restaurant has aired yet. The renovated building is pretty massive for a convenience store. From the street you’ll see the gas pumps and the Buccaneer Food Store entrance. On the back side of the building is a rustic canopy and a huge wooden door leading into Nathan’s BBQ.

Service is cafeteria style with a pretty standard menu. I was intrigued by “The Chop”, a behemoth pork chop similar to the famous Big Chop at Cooper’s, but I couldn’t get it on a combo plate. It all worked out when they just let me purchase it by weight to go along with my brisket and ribs. Although I could have purchased a bottle of Texas wine from the Buccaneer store and drank it in the restaurant with my meal, I was driving so I opted to get my order to go. 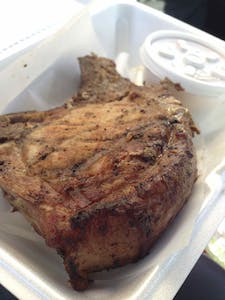 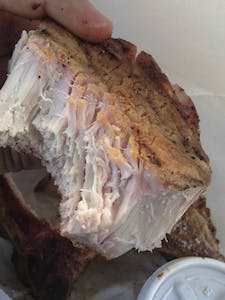 The Chop was certainly massive. It was cut almost an inch thick. The flavor was of grilled meat, much like Cooper’s, but there was more to it. The flavor wasn’t that familiar from my trips through Texas, but the smell reminded me of the many charcoal burning barbecue joints in Memphis. Nathan’s uses oak lump charcoal from B&B along with a few sticks of pecan wood. Other than the now closed Que Shack in Marlin, I hadn’t seen anyone using almost exclusively charcoal in Texas. The resulting flavor was great, but at 4:00 in the afternoon the meat was starting to dry out. My guess is it would give Cooper’s chop a run for its money around the noon hour. 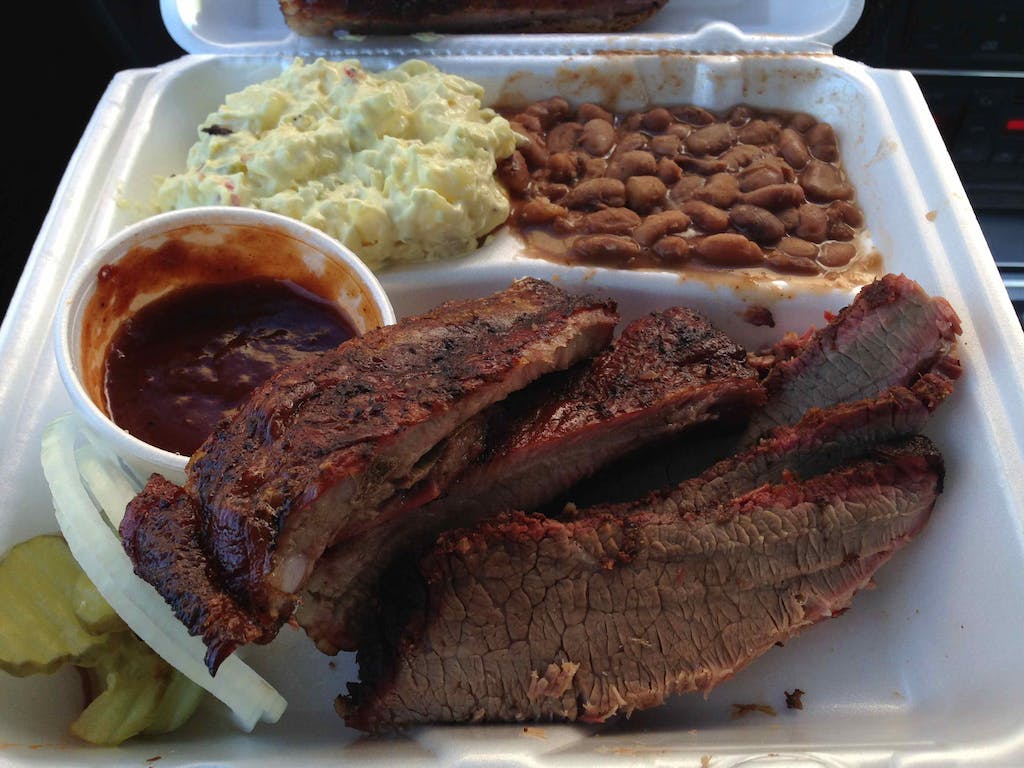 The brisket didn’t do so well over the direct heat. There wasn’t anything offensive about it, but it wasn’t high on flavor or moisture. It would be better served in a sandwich with some of their thick sauce. Both the beans and potato salad were above average, but it was late in the day and I was running low on stomach space. After a few bites I went straight for the ribs, and what a difference. The charcoal heat did wonders on the bark which was generously seasoned with salt and black pepper. I mentioned that this was mid-afternoon, so finding ribs this moist without being over-tender was a surprise. It all made sense when I found a promotional video on their website. Owner Nathan Winkelmann says “When the day is done my ribs are going to be right.” Neither the brisket nor The Chop gets a mention, but as long as the ribs are this good Nathan’s is worth a visit.