Kansas City deserves all the credit for one of barbecue’s greatest inventions: the burnt end. These are the crusty ends from the fatty side of the brisket that are cubed into bite-sized morsels. They’re sometimes re-seasoned and/or sauced, then smoked further to get more tender and a bit crunchy around the edges. Without them, the only brisket Kansas City would have to offer are those limp slices of deli roast beef that they call sliced brisket. Kansas City basically has burnt ends (okay, and ribs) to thank for being considered a bonafide regional style of American barbecue.

Burnt ends are a necessity for any joint that wants to be considered Kansas City-style, especially if they’re representing the style in hostile territory. Kansas City native Matt Dallman made them a focus of the recently opened 18th & Vine Barbecue, in Dallas, which bills itself as a Kansas City-style barbecue joint. With a handsomely-dressed waitstaff, real plates, and a reservation book, maybe it’s more appropriately referred to as a restaurant rather than a joint, but early signs show them putting out some good barbecue. Open just three weeks, it’s too early for a full review, but in the burnt end category there is little room for improvement. 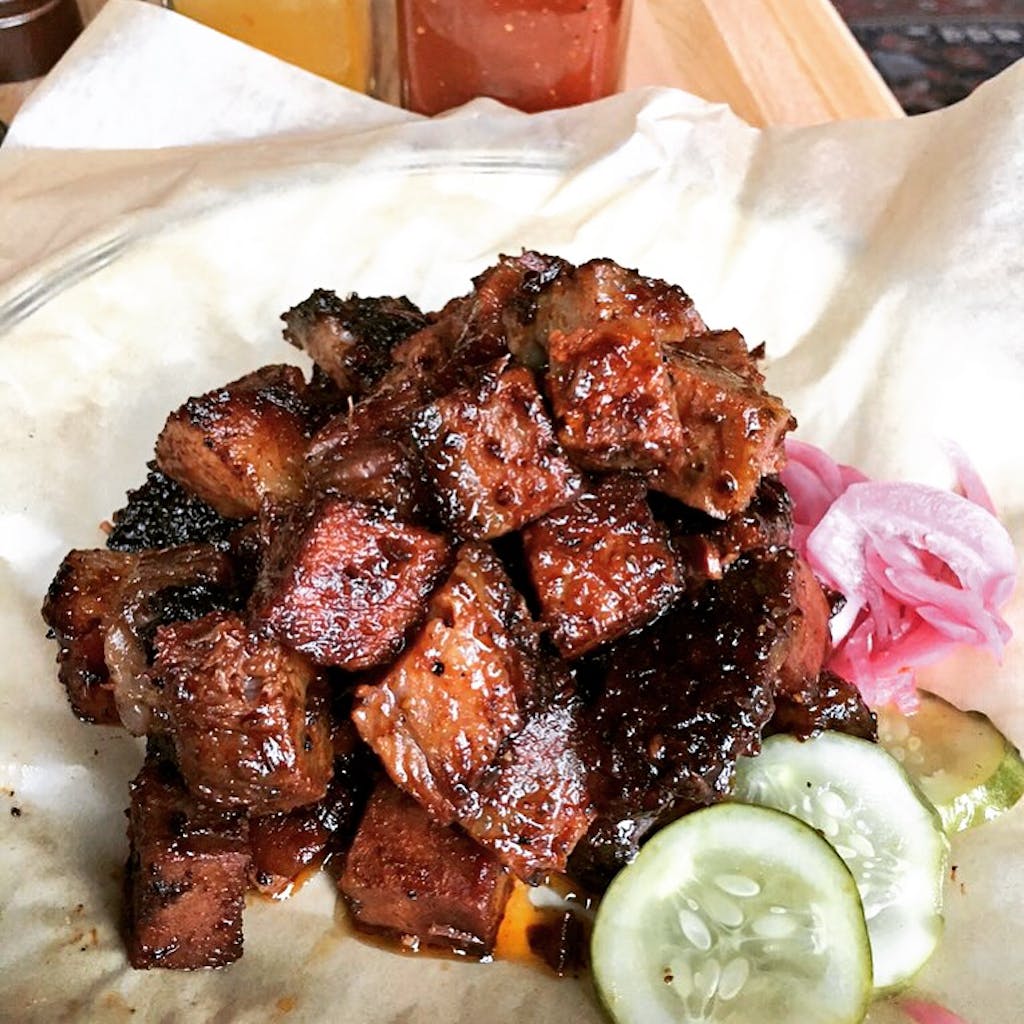 The briskets at 18th & Vine are smoked in an Oyler rotisserie, and the fatty ends are diced and sauced, then smoked some more. I’ve devoured them on each of three visits, and they are addictive. Each bite is smoky, a little sweet and spicy from the sauce, and melt-in-your-mouth tender. They are everything that a burnt end strives to be. They’re so good that each bite had me thinking back to my trips to Arthur Bryant’s, Jack Stack, Gates, and LC’s. And to be clear, it wasn’t a look back in fond remembrance, but rather, a realization that none of them made burnt ends this good. Not even Joe’s Kansas City Bar-B-Que (née Oklahoma Joe’s) can match the quality of this three-week old Kansas City-style barbecue restaurant in the middle of Dallas. That’s right. Not only does Texas take the sliced brisket crown (by a landslide), but now we even have better burnt ends than Kansas City. Nobody said barbecue was fair.

Tales From the BBQ Trail