Lindsey Nutter and Brian “Buster” Rauschuber operate Nutter Buster BBQ from a trailer in a small dirt patch of a food truck park near 290 and MoPac in Austin. They sat in relative obscurity in Manchaca south of Austin for a year and a half, but a few months ago they scooted their way up Brodie Lane into Austin. You’ll only find them open three days a week, but then they both have day jobs.

The entire operation is housed within the tidy trailer. A pellet-fed Cookshack cabinet smoker anchors the end. Rauschuber smokes brisket and pork shoulder for fifteen hours using oak, cherry, and apple pellets. These are the only two meats available, and you can get them as a sandwich or by the pound. Fatty brisket was sliced extra thick just so the ultra-tender meat could stay together. It was juicy, as was the smoky pulled pork. In both cases, a rub heavy in brown sugar dominated the flavor, but nobody could call them undercooked. 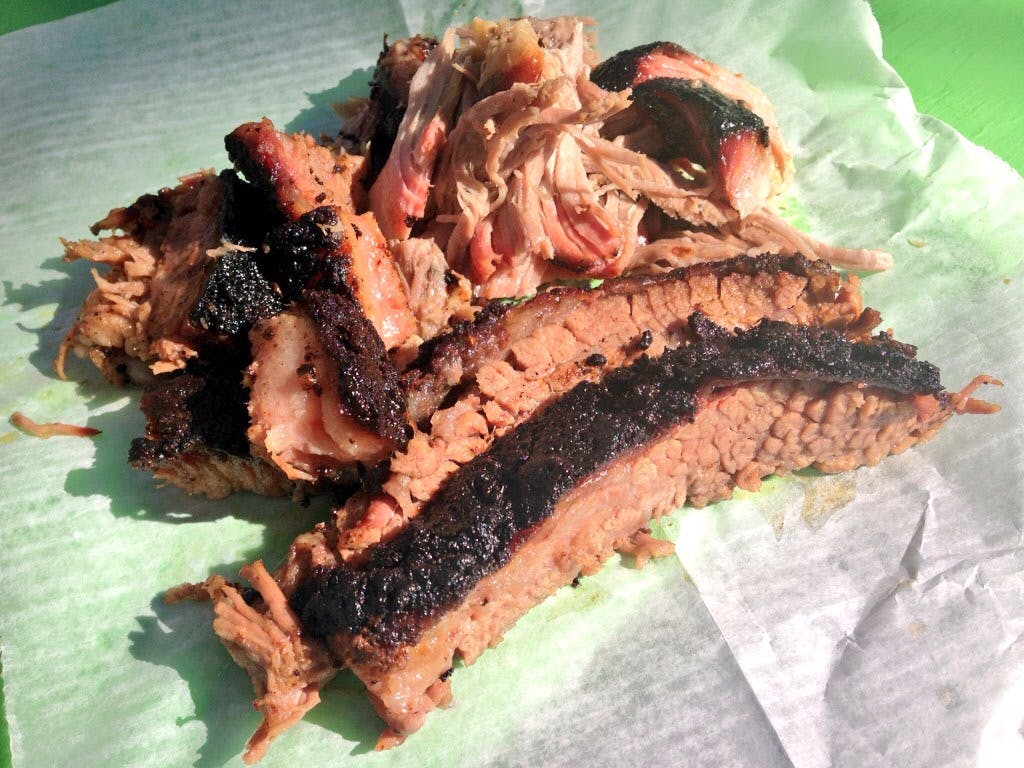 But let’s be honest. I tried the unadorned smoked meat just to be thorough. When you come to a food truck where they feature those meats in a variety of grilled cheese sandwiches, you go with the star of the show unless you’re trying to prove something. I even laughed at the option of a sourdough bun. 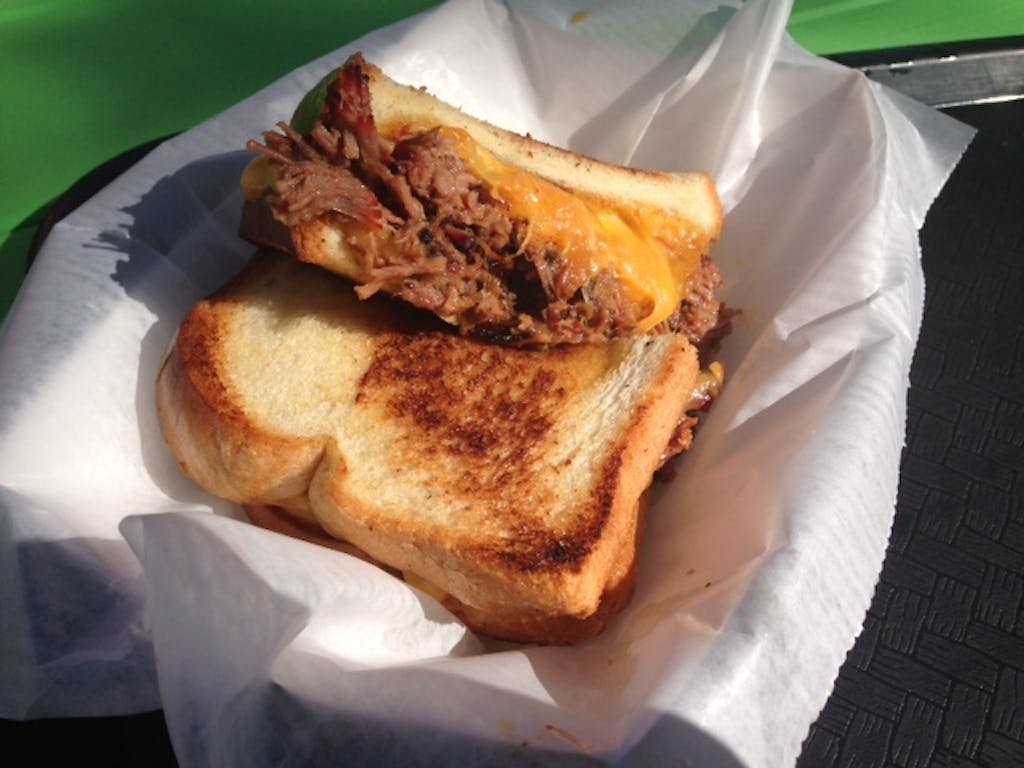 For the Full Monte, chopped brisket topped with a mound of cheddar is placed between two slices of Texas toast before being butter-grilled until all that cheese melts. They called my name right as the sandwiches came off the griddle, so they were still hot with a crisp surface on the bread. The generous cheddar actually felt a bit cumbersome with all that brisket. Sometimes a grilled cheese needs the manufactured creaminess of American cheese, but that’s easy to fix at Nutter Buster. 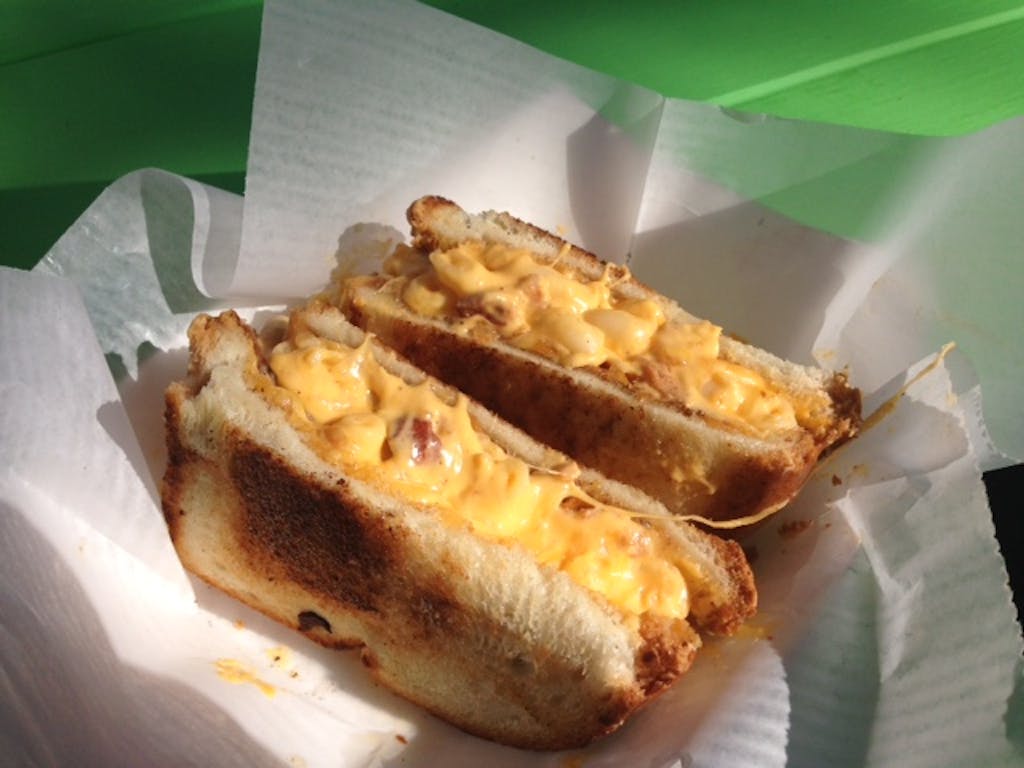 I had also ordered a mac & cheese grilled cheese, because I’ll choose that as a side item over slaw any day. As I stared at the two sandwiches, the obvious conclusion was a hybrid. The addition of the creamy mac & cheese (which is loaded with chunks of bacon) to the cheddar and brisket provided the creaminess it had yearned for. Back on the menu, I noticed that I could have just added mac & cheese as a sandwich topping for $2 extra, but now you’ll know. 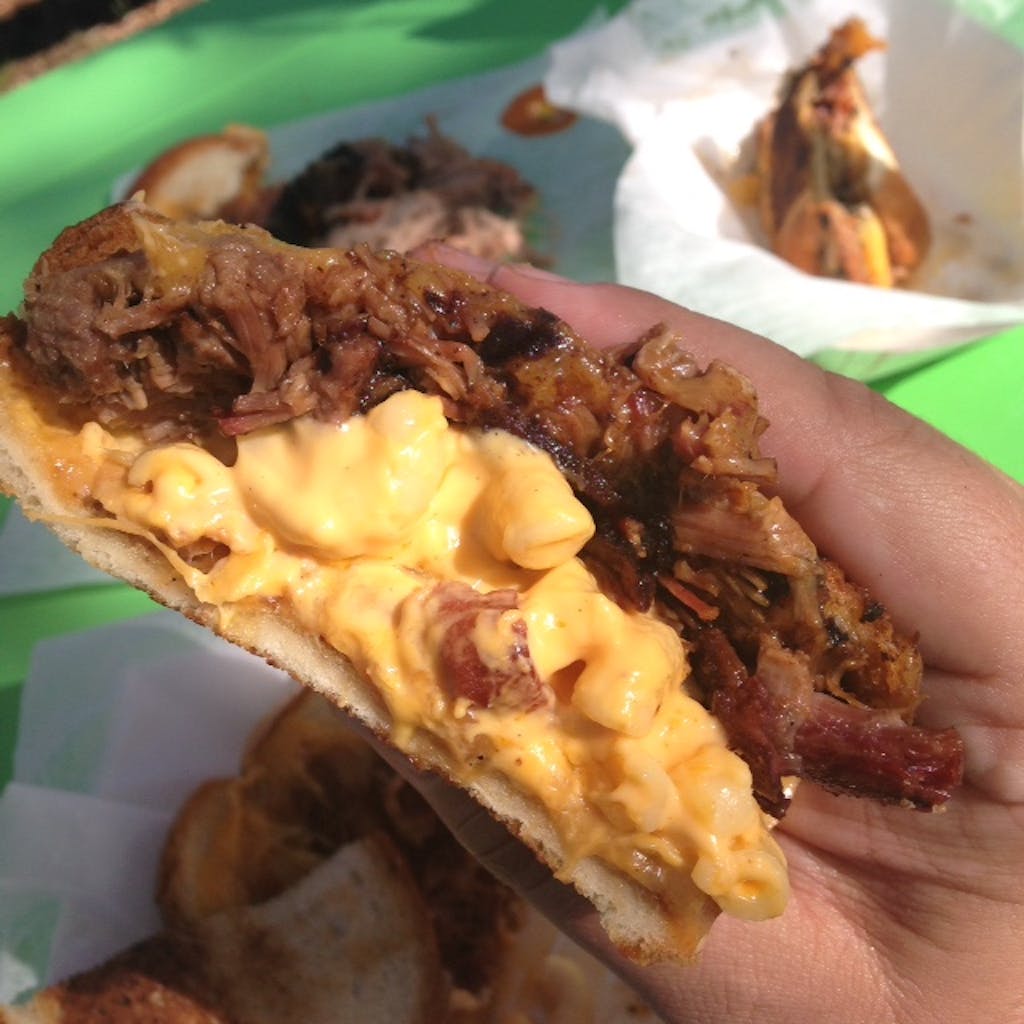 This is a food truck with a unique view on barbecue. They’re not trying to compete with Blue Ox’s six meat line-up or Micklethwait’s handmade sausages and monstrous beef ribs. Instead they’ve created a signature of their own in a crowded barbecue market. A naked slice of brisket forged from a Cookshack might not knock your socks off, but it might make your heart quiver when it’s nestled up to some mac & cheese in a grilled cheese sandwich.