Over the weekend the final scene for Of Blood and Brine was filmed in a small café in Venus, Texas. A group of five seniors from the Art Institute of Dallas created the film and assembled a team of roughly thirty-five students to shoot it all in a little more than a week. I went down to Venus, about forty minutes southwest of Dallas, on Saturday night to see one of the film’s pivotal scenes being shot. 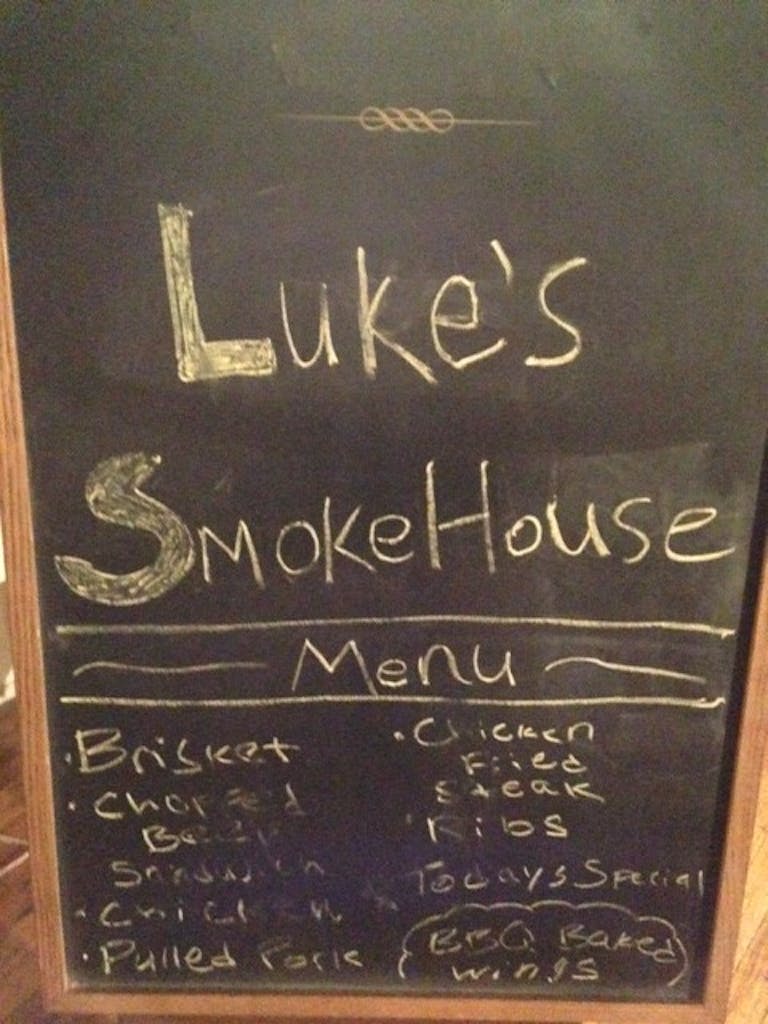 When I arrived I was greeted by producer Wayo Benavides and director Logan Harris. They led me inside the café that had been transformed into Luke’s Smokehouse for the shoot. I had just expected to find student actors as well, but part of this thesis project was to hire professionals. Luke Parker, played by Eric Orman, was sitting at a table waiting for lighting adjustments. His mother Loretta, played by Sheril Rodgers, was there in curlers waiting for the scene where she would comfort Luke after a big fight with his father, Henry. All of these actors expect to get paid, and part of the thesis project is for the students to raise the money on their own. You can still donate to the project here.

It’s a conflict between father and son which provides the plot for the film. The director Harris and co-writer Eduardo Tobias came up with the idea of a barbecue feud for their film. They found some inspiration in Texas Monthly from stories about the Kreuz and Smitty’s feud. This particular family rift is brought about by a traditionalist father, Henry (played by Buck Stienke), eschewing culinary innovations in his barbecue like sauce. His son Luke disagrees vehemently enough to open his own joint a few doors down in their small town.

Most of the action takes place in and around the square in Venus, which is where the climactic barbecue competition scene is filmed. The crew also secured some generous partnerships with Dallas-area barbecue joints too. Back Country Bar-B-Q in Dallas opened their doors before operating hours to serve as Henry Parker’s barbecue joint. When the team approached Sonny Bryan’s in Dallas for a discount for all the meat they would need for filming, they got more than they bargained for. Sonny Bryan’s donated all of the meat required.

For a twenty-three minute film, it’s a long process. The team spent three months between pre-production and filming, and it will take another seven months for editing in post-production. The film will first air at the Angelika Theater in Dallas in mid-March along with two other student films. Director Logan Harris hopes that audiences will learn that “blood is always thicker than sauce,” and that they’ll leave happy and hungry for barbecue.