Making it past the new sign outside, I entered into the dining room where I ordered a half rack of the sweet and spicy baby backs, a chunk of brisket, and some jalapeno cheese sausage. The sausage had great spice and flavor. The meat was incredibly moist with good snap, and the pockets of cheese provided a good creamy counterpoint. While the baby backs aren’t done in a traditional fashion, the combination of sticky sweetness in the rub along with the spicy glaze made for some addictive ribs. They’ve still got plenty of smoky goodness and the meat is nicely tender and moist. If they were offered in a smaller portion than a half rack, I’d have to order them every time. 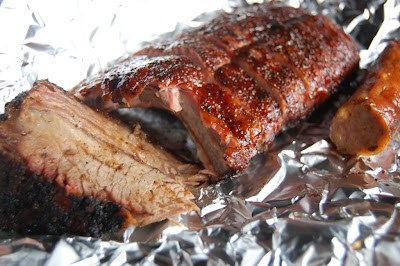 During my meal, the owner and pitmaster Todd was making the rounds talking with regulars and welcoming new folks. He sat with me at my table and we talked about smoked meat and the history of the joint. He’s a self-taught pitmaster which keeps him open minded to change. Take the brisket for example. Since he opened he’d been cooking briskets directly over mesquite coals much like Cooper’s. I didn’t love the results on the past two visits, but the brisket on this trip was different than I remembered. Todd said he was now using an Oyler smoker, although at high heat, to cook his briskets. This imparts a smokier flavor and requires less seasoning. I prefer this new resulting brisket that retains the signature moistness but provides a much greater smoky flavor which compliments the black pepper rub. 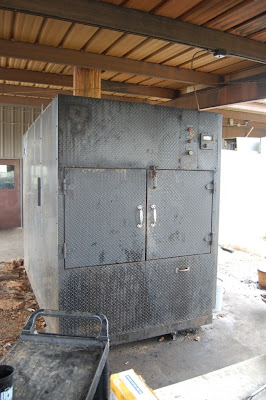 On the bulletin board just inside the front door was a photo of a girl passed out on one of the meat carts in the pits. The owners don’t know who she is, and would really like to make sure she’s alright, so if anyone knows this girl please speak up. 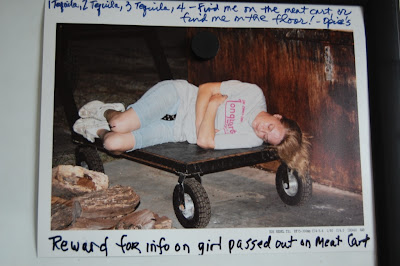 I might not be willing to spend the night by these pits, but given the new and improved brisket along with all the other quality meats, Opie’s has certainly established itself as a genuine destination for Texas BBQ.