I saw a flight of “flavor infused” pickles on the menu, and I was immediately powerless. I had to order them. I was dining alone during lunch at this sports bar/live music venue/barbecue joint hybrid in a suburb north of Fort Worth. Olympics curling was on the television in my booth, but even the technicolor uniforms of the various countries couldn’t compete with the brightly dyed stacks of pickle chips. The mango con chile flavor was missing, but the server promised to bring more of the watermelon, green apple, grape, or mixed berry once I determined a favorite. After a few bites of each flavor I opted not to have seconds on any, because who really needs the flavor equivalent of five Jolly Ranchers in one sitting? 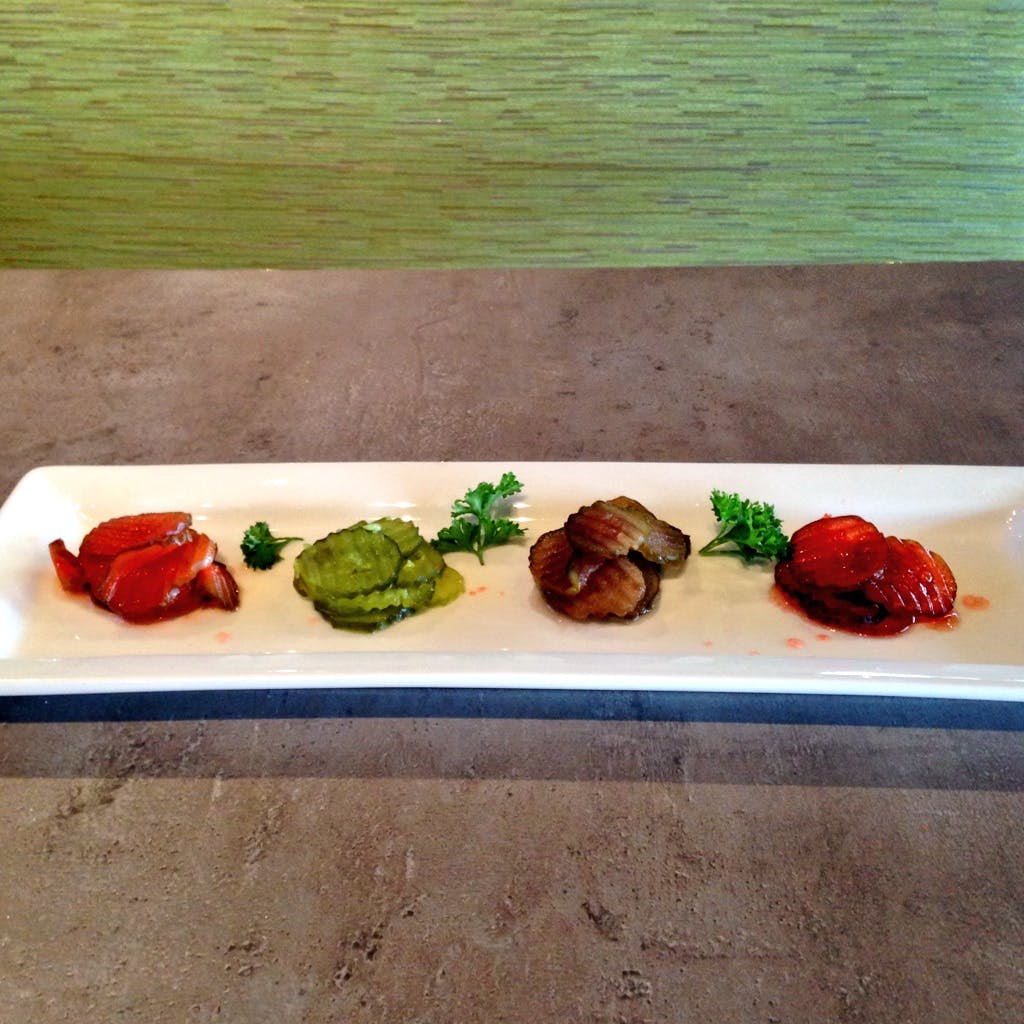 All the meats are a la carte here. Baby backs come by the half or full rack. Ironically, the pickle provided gratis on the side was a warm and flaccid afterthought. I’m not sure if they use Mondays as a way to clear out the weekend’s leftovers, but these ribs were desiccated to the point of crumbling and flaking away from the bone. It’s as if they stopped midway through a bone-in jerky experiment and put the result on my plate. Their website claims that they “strive to bring the best and freshest barbecue to our community neighbors, day or night.” Pickles needs to strive harder. 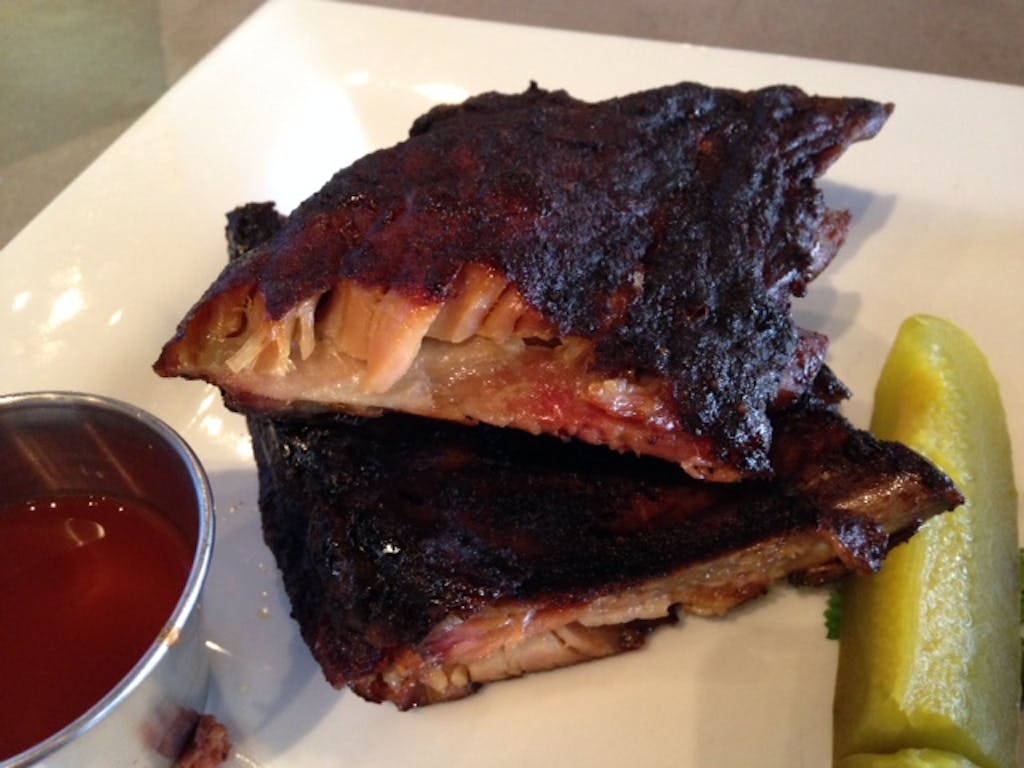 The brisket benefitted by direct comparison to the ribs. It was tender and moist enough, but it tasted more of paprika and beef broth than the advertised hickory smoke. Being forced to order a half pound of the stuff just to get a taste made it all the worse. At least seeing another warm pickle on this plate confirmed that they meant to serve it that way with the ribs too. 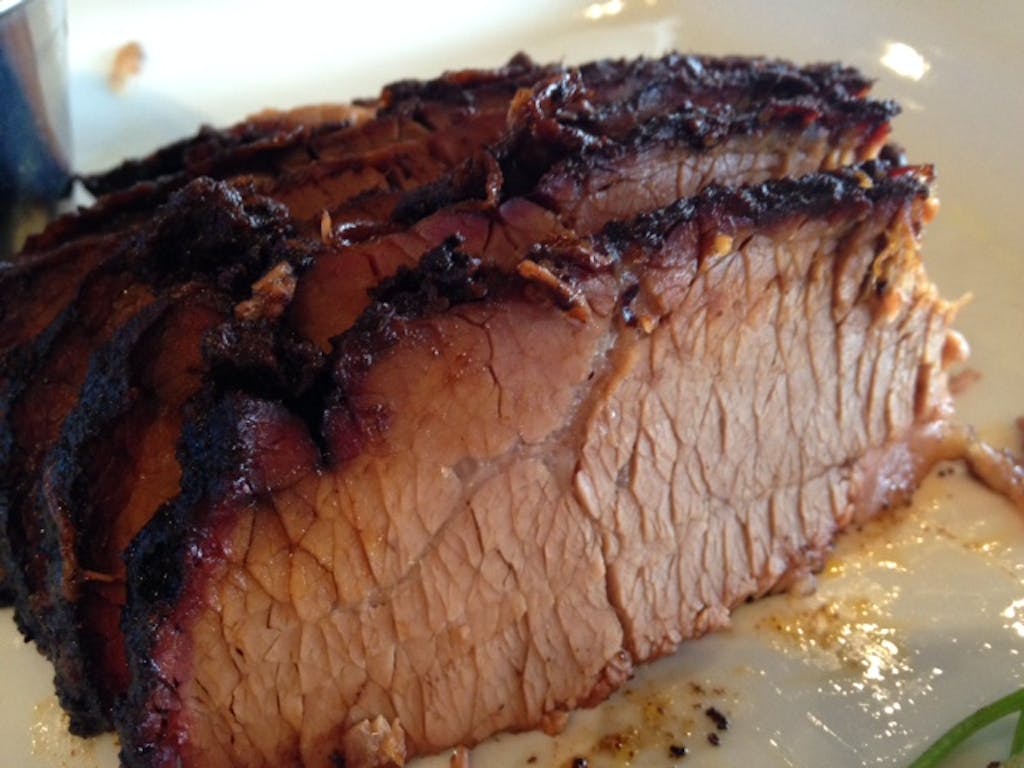 A bowl of pickled and fried tobacco onions strings was overflowing and came paired with a spicy dipping sauce. I didn’t get much of the pickled flavor, but these were well executed fried onions. It was the only item I kept reaching back for. To be fair, there was enough in that bowl to fill me up, but man cannot live on onion strings alone. 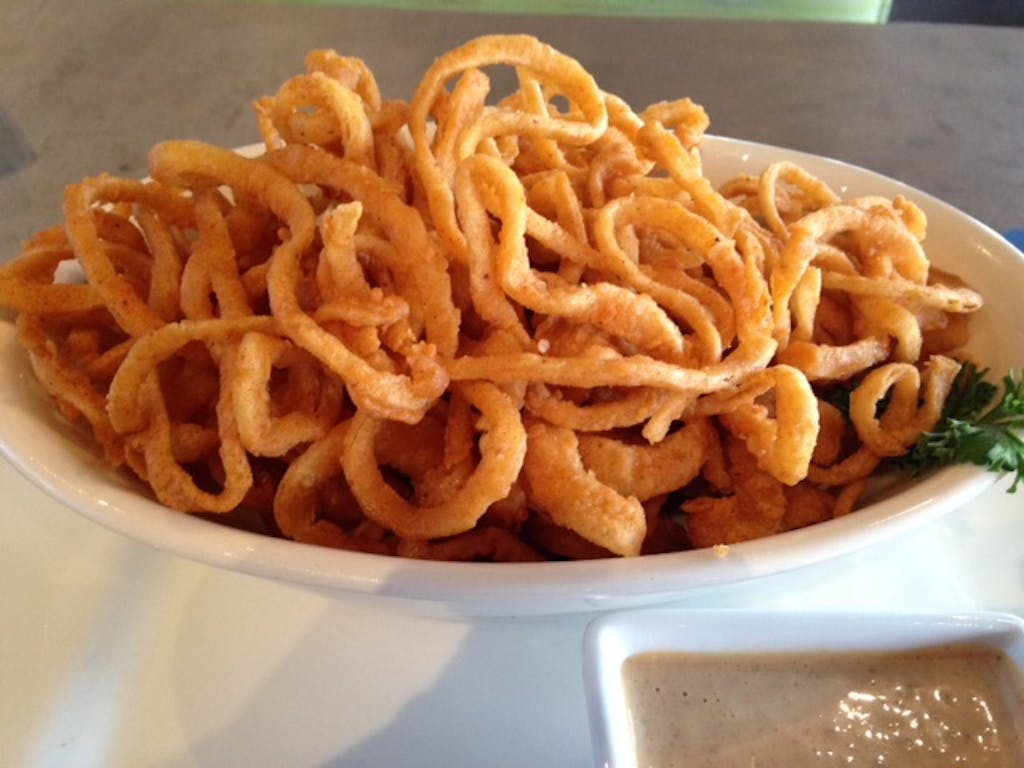 I didn’t try the smoked chicken, the sausage or any other sides. There is no option for a combo plate (except during the three hours of Sunday brunch) and the sides are generous enough to feed three or four. Sampling is not encouraged. With brisket, ribs, and onion strings I was already $24 into it, not counting the $6 pickle flight. Not even the personal television could justify the cost of ordering more, but I wouldn’t encourage a trip here at any price.