Not quite bacon, not quite chicharrones, puffy pork belly is the Goldilocks zone between the two, a dish that emerges when one makes the decision to deep fry a skin-on pork belly.

I’ve written before about how much I love the crispy pig skin that gets chopped into the barbecue at Skylight Inn in Ayden, North Carolina. There’s a crunchiness that results only after the well-cooked skin is exposed to the direct heat from the coals. The skin puffs up and is transformed. Before it hits the direct heat, the skin is chewy, sticking to your molars like a Jolly Rancher. After being exposed to the coals, it bubbles and is more like a juicy, kettle-cooked potato chip. This is what I wanted to replicate on a smaller scale with the best part of the hog: its belly.

Pork belly is cheap but can be hard to find at your supermarket, especially with the skin still attached. Most Asian grocery stores carry it in their meat counter, but I got mine at Fiesta for $1.99 per pound. It wasn’t in the case, so I asked the butcher who gladly cut me a tidy rectangle from a whole belly he got from the back. Remember to ask for skin-on belly. 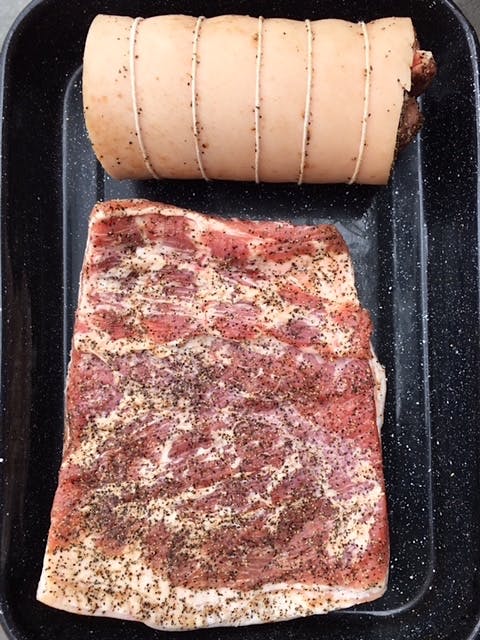 I cut it in half when I got home because I want to try a flat belly and a rolled one. The seasoning doesn’t do much good on the skin side, so I just seasoned the meaty side. For the rolled one, I made sure there wouldn’t be any unexposed skin after I rolled and tied it like pancetta. You don’t want part of the belly meat covering any portion of skin, or the skin won’t make contact with the fryer in the final step.

As long as you have a smoker and a deep fryer (which, of course, you already purchased so you could make our smoked/fried turkey) the cooking process is pretty simple. I hung both belly portions in my Pit Barrel Cooker and waited for them to get tender. Just a reminder, I wasn’t making bacon. This was still uncured pork, but I may just have to cure a skin-on belly for the next bacon-y iteration. The flat belly was done (with an internal temp at 195) in 2-1/2 hours. The rolled belly took three hours. I had the pit running hot, which I recommend no matter which kind of smoker you have. Heavily smoked pig skin doesn’t taste great. If it comes out black like a brisket, it’s not going to taste good, fried or not. 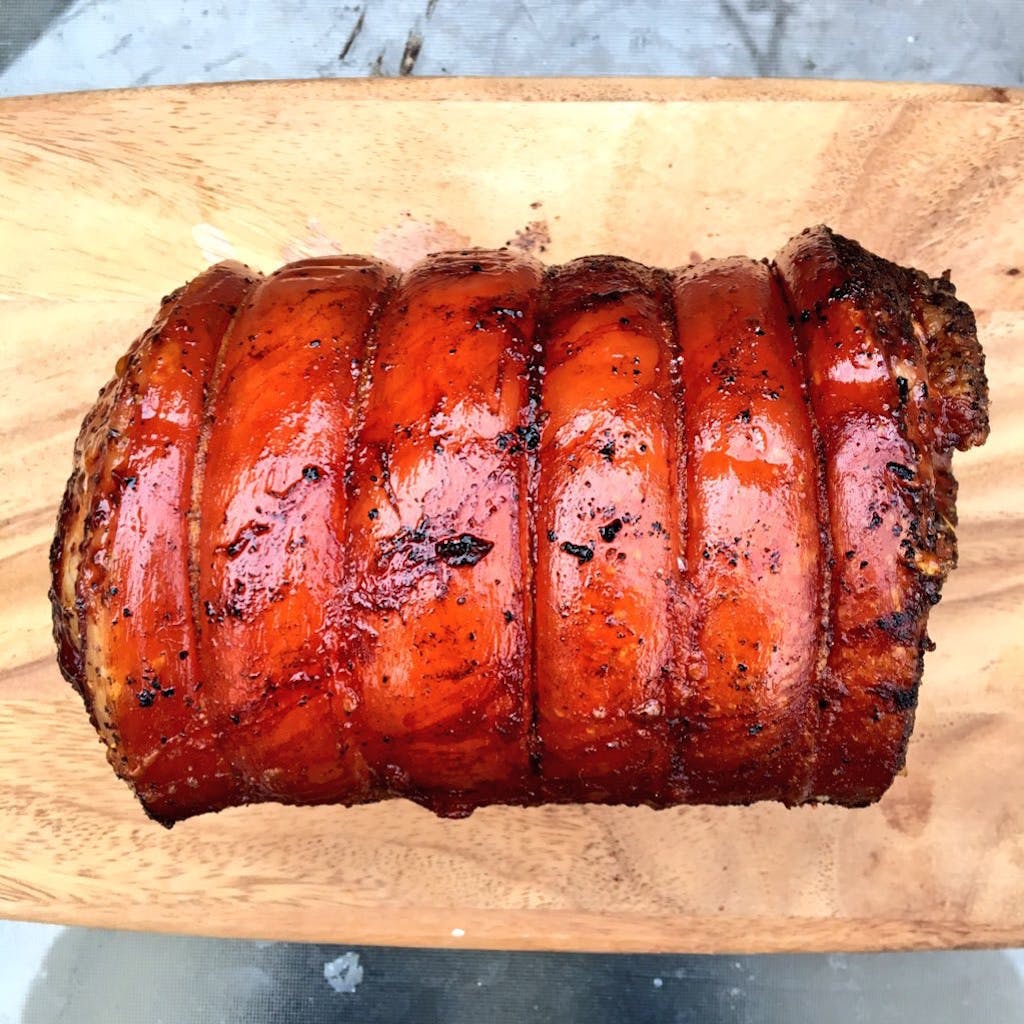 Once the bellies were cooked it was time for frying. The oil needs to get up to 400 to 425 in order to make chicharrones. We learned that from making cracklins last year. It took just five minutes in the fryer for the skin to puff, so be patient. Five minutes seems like a long time when your watching bubbles come up from meat submerged in oil. Keep checking it until the entire surface is covered with chicharrones. 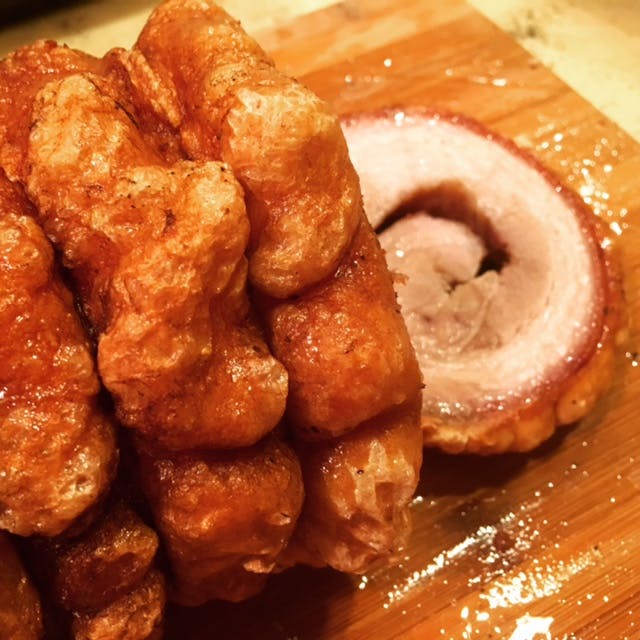 I fried the rolled belly with the strings still attached, which gave it a unique look, and ready-made guidelines for slicing. The skin on the flat belly never puffed up. I’m not sure if I needed hotter oil, but I don’t think I’ll try it again anyway. The skinless sides simply got too hard from exposure to the fryer oil. 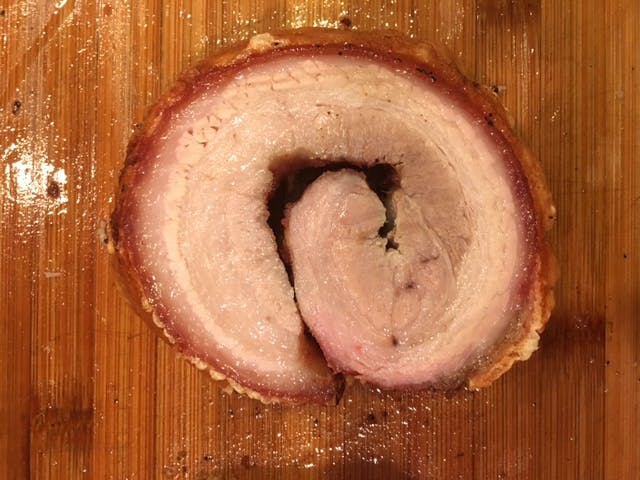 The puffy pork pinwheels were as delicious as they were beautiful. The contrast between the crisp skin and the incredibly juicy, tender, luscious belly meat and fat was glorious. It was unlike anything I’ve eaten before, but is definitely something I’ll make again.