Roy Jeffrey started working at City Market in Luling when he was ten. He then took that sauce and sausage recipe to Houston where he opened Luling City Market with a couple of business partners in 1981. He tired of the city life after a decade as the pitmaster there, and moved back to his hometown of McMahan in 1990. Here’s still there today. (See tomorrow’s Pitmaster Interview for more of Roy’s personal history). 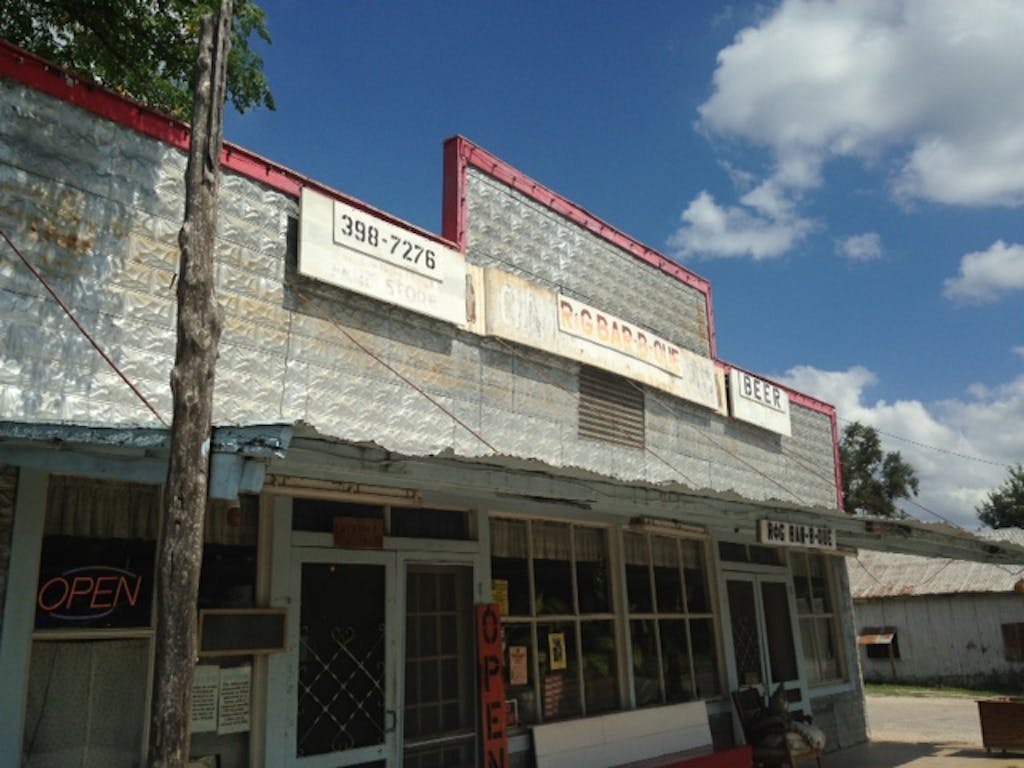 The barbecue menu is limited to brisket and sausage. Roy will serve ribs, chicken and smoked ham some Friday nights, but he just doesn’t have the volume to keep them on the daily menu. He also has to hold his brisket for a long while, sometimes a day or so. What results is a somewhat dry crumbly brisket. What fat is left is nicely rendered and the smokiness and flavor are great. The sides aren’t bad either. A potato salad is homemade with a bit of diced pickle, and the beans are well seasoned. 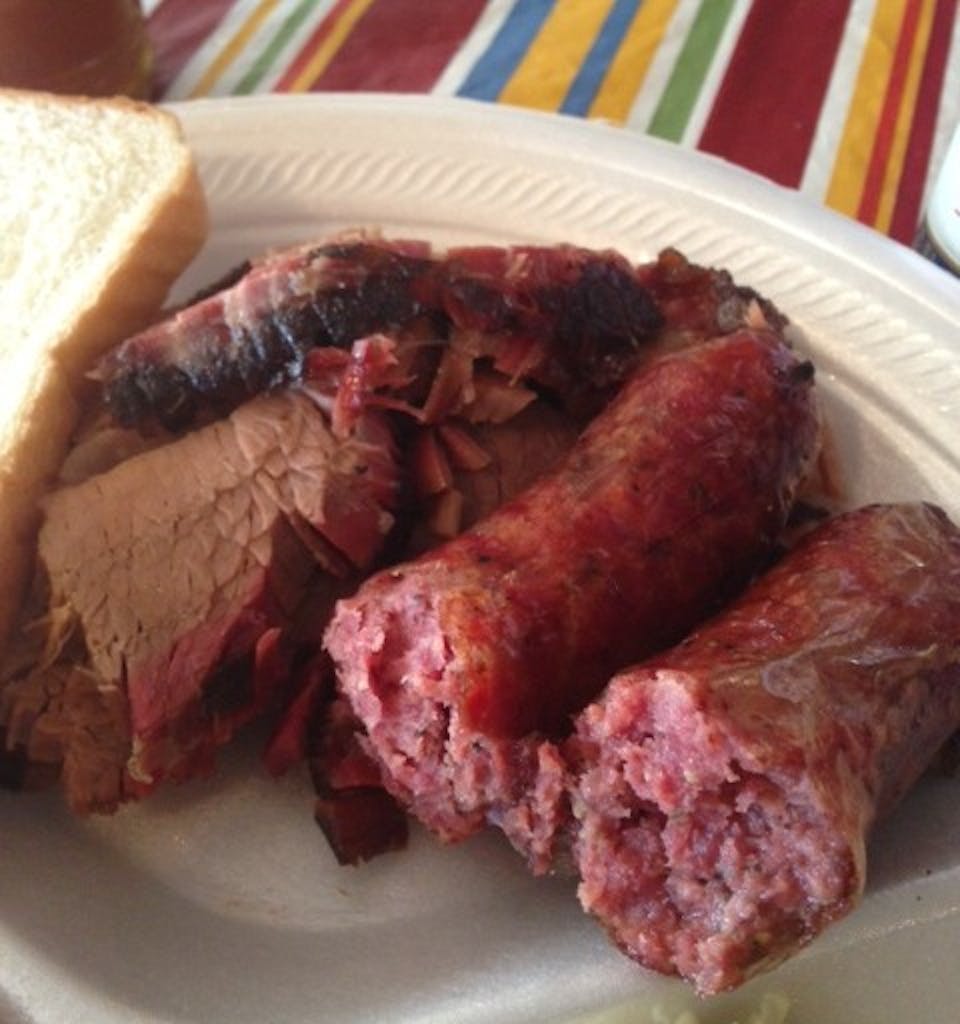 Roy used to make the sausage, but it became too much work for the small volume he was selling. Now he has it made for him and smokes the raw sausage. The meat was juicy with a good mix of salt and pepper. The coarse grind was pleasing as was the crispy casing. The sauce here is exactly like the sweet mustard sauce you’ll get at City Market in Luling. I’m usually not much for sauce, but it works well here on the brisket, and especially on the sausage. Rolling it into a slice of cheap white bread makes for some good road food, but it’s better to linger here with a cold beer and see if you can get Roy to chat. He was born down the street and still lives in the same house. Even if he’s not in the mood to talk barbecue, you’ll learn a little Central Texas history.