I’d seen this joint from the highway a couple of times, and I finally took the giant Texas U-turn required to visit. If you’re headed north on US Highway 287 through Decatur you’ll need to exit at US Highway 380 and go around a couple of cloverleaf ramps to get here. Stop when you see a solarium attached to what looks like an old Dairy Queen. 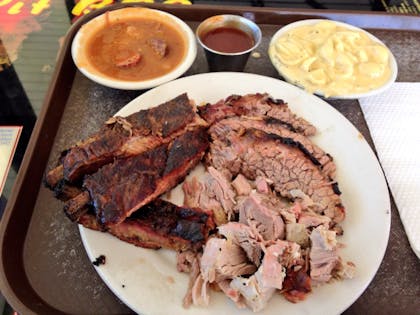 If you get there at lunch expect to wait. It may not be barbecue that’s worth traveling for, but it’s certainly a popular local option. A significant line had formed by 11:45. At least everything should be fresh, or so I hoped. Most were ordering the sandwich special, but I went bigger. Brisket and ribs were obvious choices, and it was the pulled pork that looked best on the carving block. Sadly it was dry with little flavor or smoke. I swear I saw the knife man grab a chunk with plenty of bark from the outer edge of the still intact pork shoulder, but all the bark somehow evaporated before it made it on my plate. 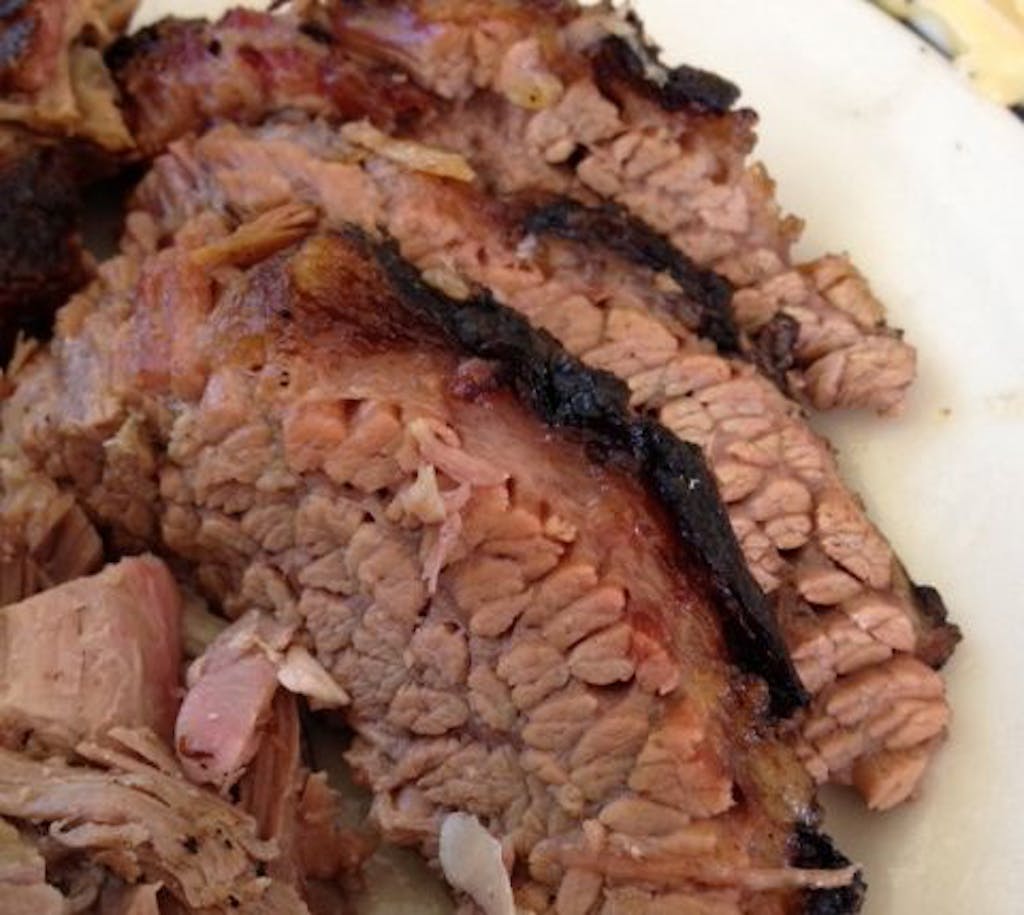 It’s rare that I find brisket to be the best item on an otherwise poorly executed menu, but these slices were tender and moist with plenty of mesquite smoke flavor. The brisket along with the fresh yeast rolls that are doled out by servers in the dining room would have made a good meal. What didn’t help was a thin stew of leftover meat mixed with potatoes and onions. If better executed it could be Texas’s answer to Brunswick stew, but in this case it tasted like the recycled food that it was. The mac & cheese got some praise in the online reviews that I perused while in line. It consisted of shells and lots of cheese – more of a pasta soup. It reminded me of the less than tempting commercials where processed “liquid gold” is gratuitously poured over pasta. 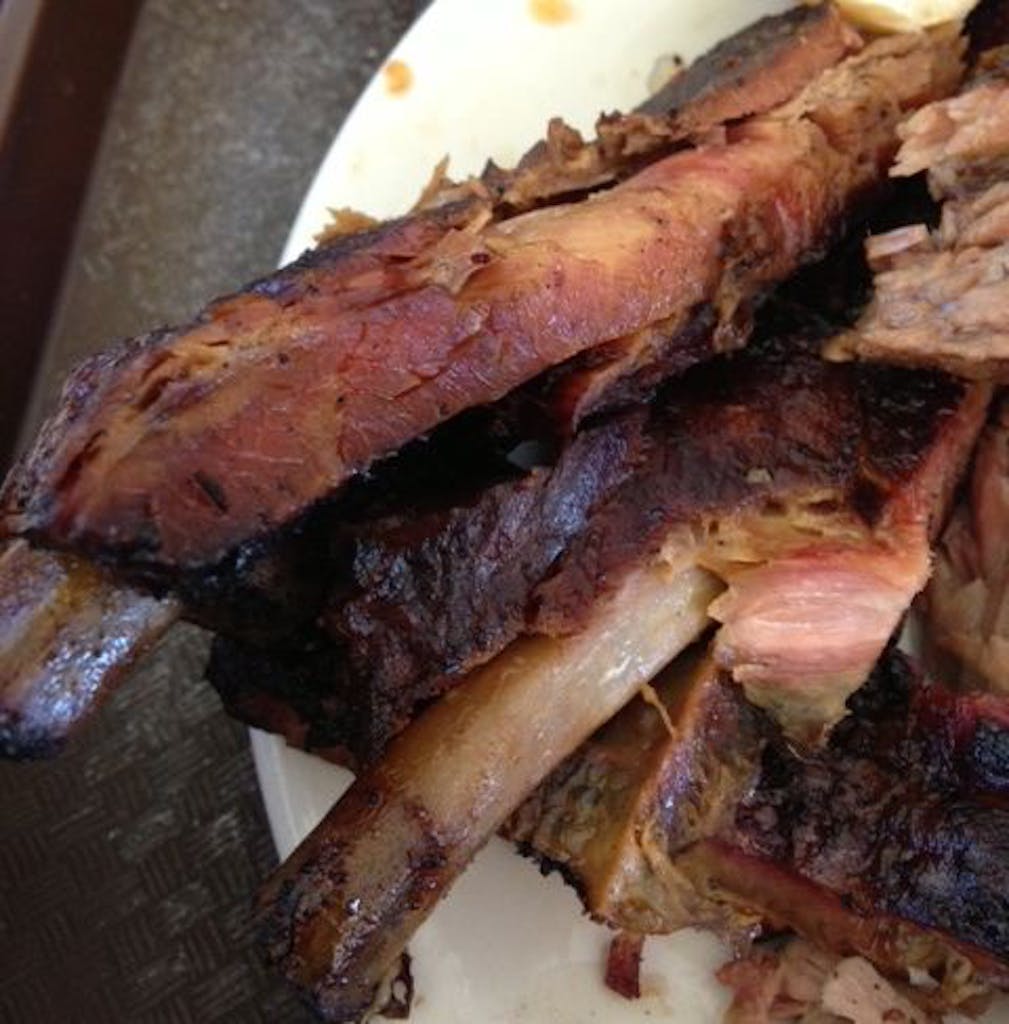 The over-tender ribs were probably from the day before. The meat flaked away from the bone and the overwhelming flavor was salt. One of the ribs had been cut some time ago and had a petrified edge. Another yeast roll, please. 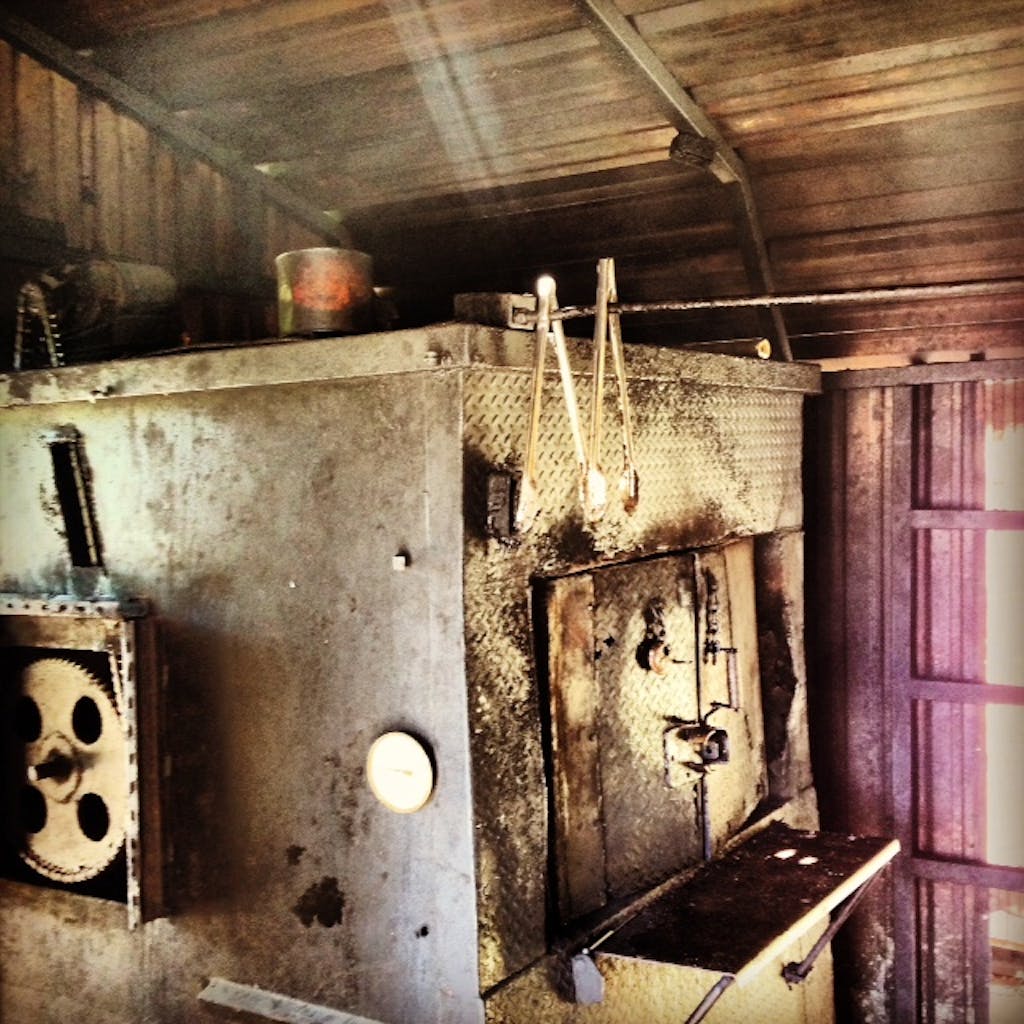 After the meal I snooped around out back. They had a big stack of mesquite and a small smokehouse. Inside were two aging rotisserie pits. They didn’t have any markings on them from the manufacturer, but I would guess they’re probably old Bewley rotisserie pits. The fact that they’re still operating is a testament to Bewley quality, but the quality of the barbecue coming out of them could be improved.