Just when it appeared we had hit peak bacon—last week’s introduction of Sizzl, Oscar Meyer’s dating app for bacon lovers, could be pinpointed as the moment things jumped the shark—Chris Shepherd, the chef at Underbelly in Houston, found a way to improve the most popular ingredient of the past five years. Enter bacon sausage, ground up cured and smoked pork bellies stuffed into large format casing. Shepherd unveiled the dish at Feast Portland, and, no surprise, it was a hit. Yes, this is another bacon gimmick (though an admittedly tasty one that was easy to love), but it really revealed that as the bacon trend cools, another rises to take its place: the art of the smoke.

At Feast, in Portland, this new food movement manifested during the festival’s signature Smoked! event. Chefs from around the country were there to show off their skills with live fire, though most of them opted to stay in a comfort zone more appropriate for a backyard cookout. The air was filled with the smell of fat dripping on charcoal, and while some may argue this isn’t a true “smoking” method, chefs were able to coax that smoky flavor into their dishes.

One such example came from Paul Kahan of The Publican in Chicago. He tripled down on the smoky flavors, topping a slice of grilled bread with grilled beef tongue and honest-to-goodness smoked salmon roe. The char of the bread and tongue coupled with the smoky roe hit together creating a flavor bomb that users of liquid smoke could only dream to achieve. Meanwhile, a dessert built on cheese and pears from the chefs from Ox Restaurant got a cartridge of smoke from a smoking gun, which filled the air when the lid was removed.

The most creative dish was also the one with the most tenuous connection to smoke. North Carolina chef Vivian Howard, from Chef & The Farmer, took a whole hog carcass that had been picked clean from the famous Skylight Inn restaurant, and made a pork stock from it. The liquid was used to braise cabbage, the leaves of which were grilled and served on top of a spoonful of slaw juice (a concoction that is exactly what it sounds like). Pig ear hushpuppies crowned the entire dish.

Howard’s dish might not have had an overtly smoky flavor, but it’s connection to North Carolina style barbecue was an important one to the chef. A more literal transference of smoke came at the booth of Portland’s Olympia Oyster Bar. They used an iQ Oak Barrel Smoker for their oysters on the half shell. You’ve seen smoked oysters next to the sardines at the grocery store, but these little babies brought back memories of campfires on the beach. If the Smoked! event had a mission, these oysters accomplished it. 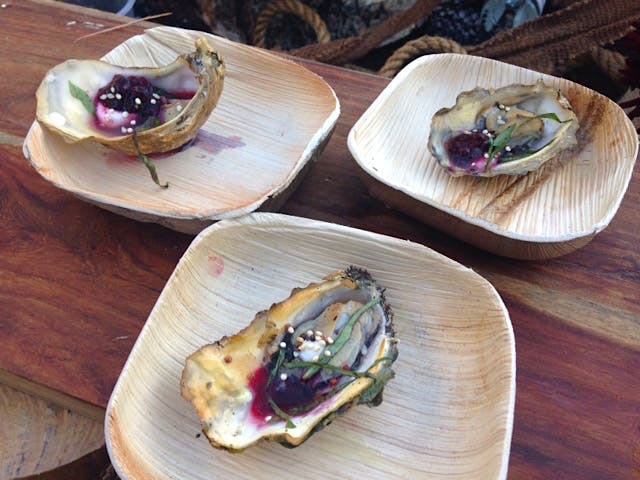 While Howard’s dish might not have had an overtly smoky flavor, its homage to the smoking style of North Carolina barbecue was an important one to the chef and indicative of a great effort to tease nuance and depth out of a pretty straightforward cooking method.

A more literal transference of smoke could be found at the booth for Portland’s Olympia Oyster Bar. They used an iQ Oak Barrel Smoker to smoke their oysters on the half shell, an item that accomplished the greatest goal of taste and smell: to evoke deep memories, which, for me at least, was sitting by a campfire on the beach. 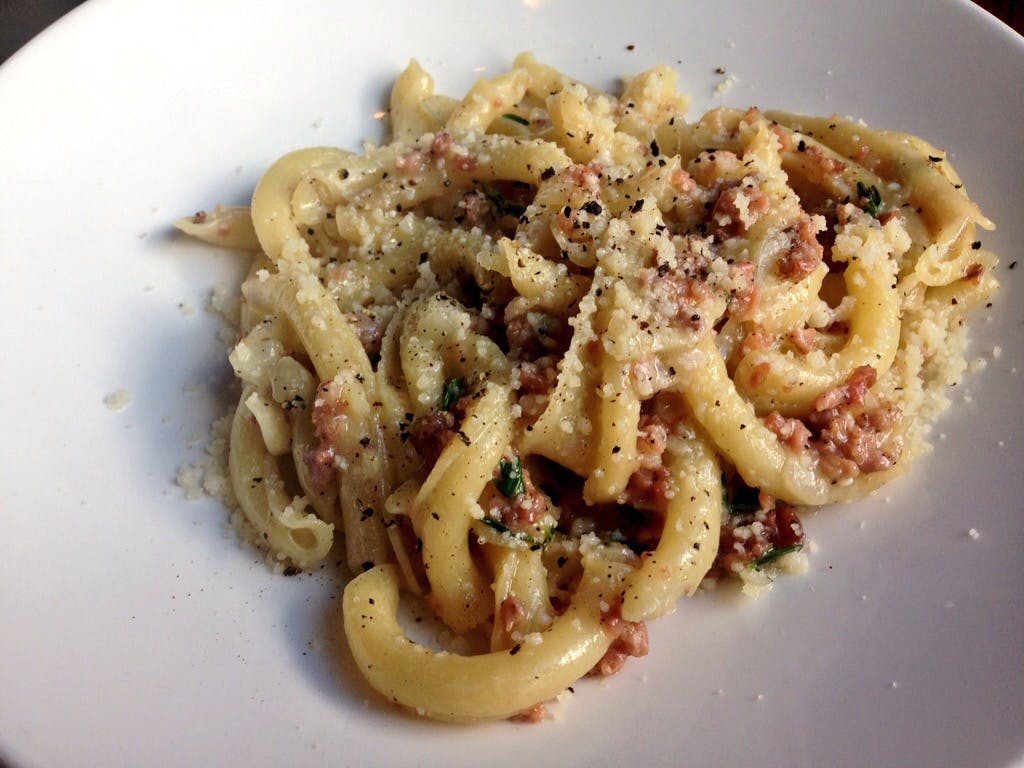 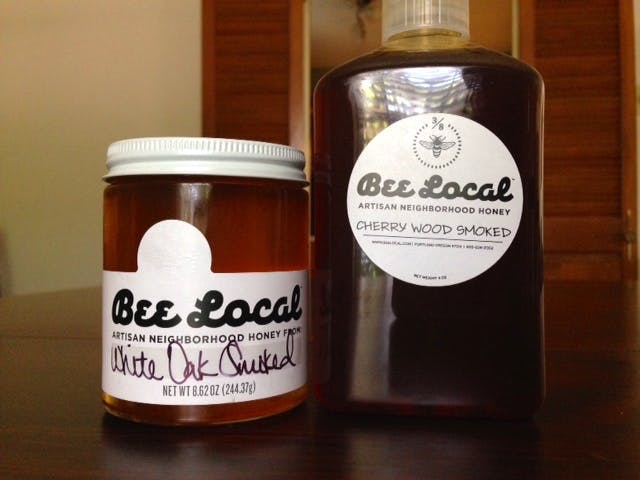 This smoked honey is just one example hundreds of smoked food products now available of shelves. In just a short trip through my local Central Market today, I could have picked up smoked salt, a whiskey sour mix made with smoked honey, smoked beer, Smokra, smoked mustard, and even fumée piquante (French for spiced up liquid smoke) that sells for a buck an ounce.

Even when there’s no smoke, the power of the association is enough to add it to the label. Such is the case with Mast Brothers Vanilla & Smoke chocolate bar, which contains no form of smoke. But this latest food craze should be of no surprise to the people who follow the Supermarket Guru, who predicted late last year that 2015 would be the year of “everything smoked” and that consumers should “look for even more smoked flavors to emerge into your favorite foods found on supermarket shelves, menus and recipes.” Restaurants and food festivals too, it would seem.

But as with many things, a rising tide lifts all ships. When the haute culinary scene embraces smoke flavors, it lends greater respect to the barbecue tradition. When chefs borrow tricks–or even some fat and discarded carcasses–from pitmasters to lend a creative touch to their dishes, that’s a development that everyone who is excited about barbecue can be excited about.