Barbecue for breakfast in Texas usually means an old time smokehouse that happens to open early. Whether it’s a ring of sausage and a Dr Pepper at Smitty’s in Lockhart or the whole menu at Snow’s BBQ in Lexington, you can find breakfast if you look hard enough (though the only eggs you’ll usually get are in the potato salad).

Things are different at Smoke in Dallas. The Saturday and Sunday brunch have become one of the most popular in town. The menu features plenty of smoked items that are usually outsourced, like bacon and ham, but at Smoke they make them all in-house. Luckily, for those of us who want to avoid the brunch crowds, Smoke serves as the hotel restaurant for the Belmont Hotel, so breakfast is served every morning at the Dallas location. 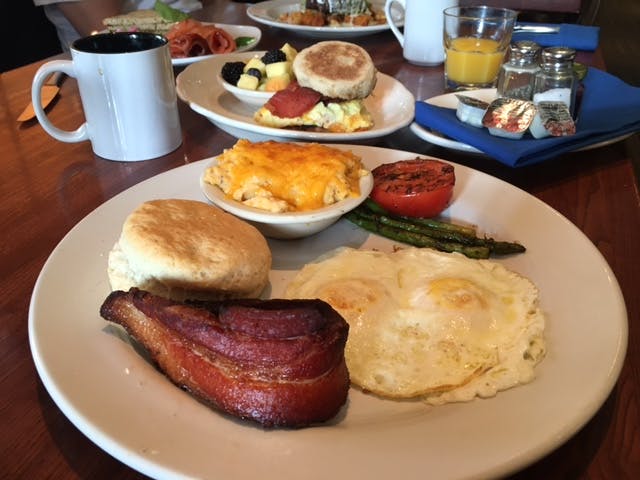 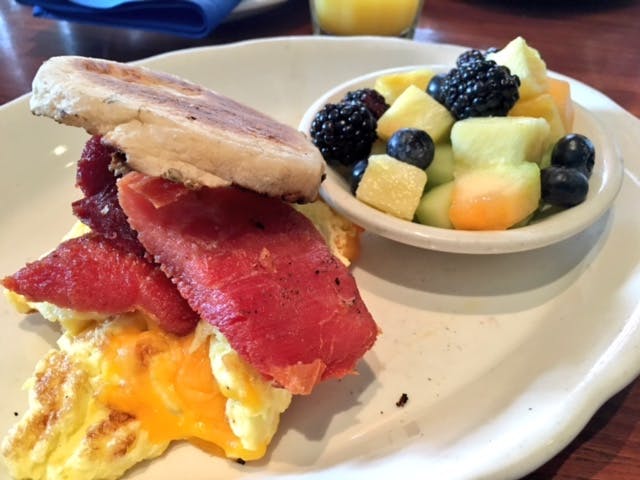 There is thick-sliced bacon, then there’s the bacon steak at Smoke. You only get one slice because it’s about a quarter pound of pork belly, or at least it feels like it. I recommend getting it on the side because bacon this meaty should’t be hidden on a sandwich. The ham is also thick-sliced, or rather chunked. Every slice has a crisp outer bark that gives it a chew like a moist jerky. It has a depth of flavor that suggests country ham, but a sweetness that any city ham lover craves.

Chef Tim Byres reminded me that none of the recipes are a secret. In his book, Smoke, he explains how to get from belly to bacon and from hock to ham. There’s a even plans for backyard cold smoker if you’d like to build one of your own—that is if you can’t make it to Dallas and get it the easy way. 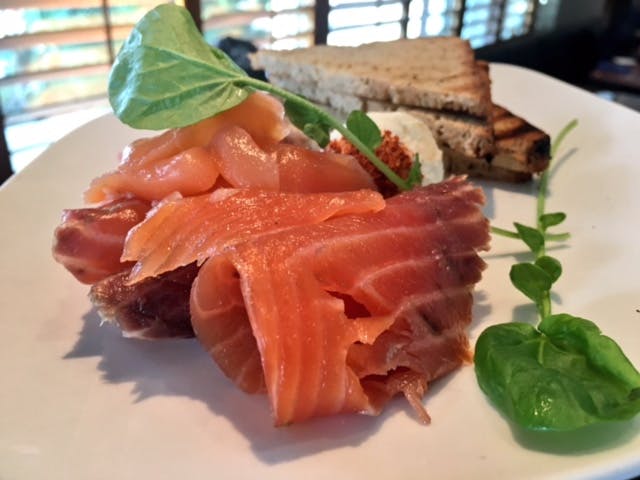 There’s more to the menu at smoke that pig. They also do their own smoked salmon. It’s sliced thin, and the wood smoke flavor isn’t subtle. It pairs well with the spiced cream cheese and pickled onions, but I liked it just as well all on its own. 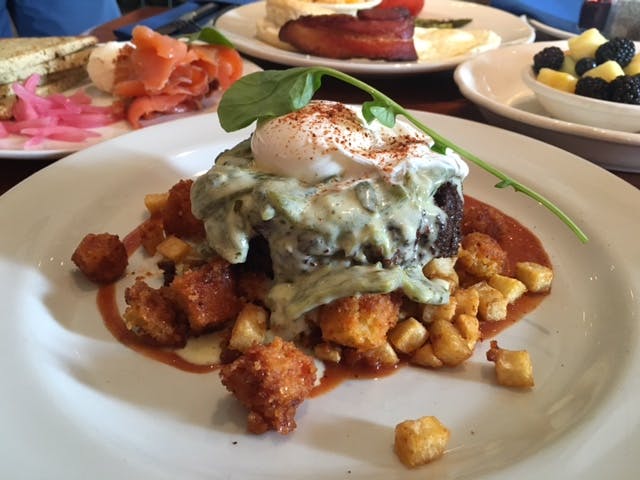 Bacon, ham, salmon: they’re all great at Smoke, but the star of the menu is something original to the restaurant. Chopped, smoked brisket is formed into a thick patty, and fried until crisp, to become the focus of the brisket hash. Potatoes and sweet chunks of cornbread are the base, and the brisket is then topped with green chile and onion rajas and a soft poached egg. It’s been on the menu for five years now, and is still stunning. I’m just not sure why we haven’t seen more uses for a smoky patty of chopped brisket. I’d eat one on a Smoke biscuit any meal of the day.