Green Mesquite has been a fixture in South Austin since Tom Davis opened the place in 1988. The restaurant now has three locations, but the original on Barton Springs Road has all the charm of a real joint and one of the coolest neon signs in Texas. There’s an even better one inside—a glowing red bovine to remind you of the backbone of Texas barbecue: beef.

But I’m here to tell you just how good their chicken is. 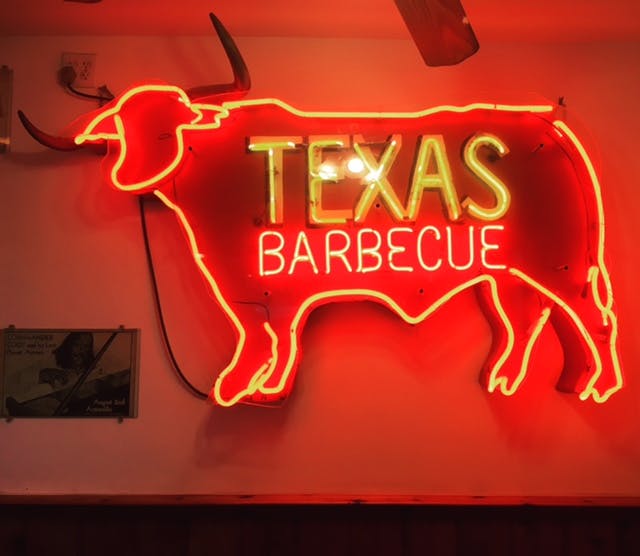 I was first introduced to Green Mesquite after watching an episode of Diners Drive-ins & Dives that featured the restaurant’s chicken fried steak and wings (when a place focuses on these items, it’s usually not an indicator of great brisket). I was surprised to learn that they smoke with green mesquite, or mesquite wood that hasn’t been aged for too long. Most who use mesquite insist that it sit for at least a year before going into the smoker because of all the resin released from green mesquite. But this joint bucks that trend, which might be why I don’t love the rest of the barbecue menu. The wings, however, which are smoked for about an hour, are flawless.

Smoked chicken wings generally lack a crisp skin, and wings that are only fried miss out on the smoke. Here they do both. According to my server, the raw wings are tossed into a rotisserie for a short smoke, then they’re coated with their special recipe wing sauce and smoked until cooked through. The sauce is the only seasoning.

Then, right before service, the smoked wings are dropped into a deep fryer and coated with more sauce right being plated. That means every order is fresh, hot, and pleasantly crisp. 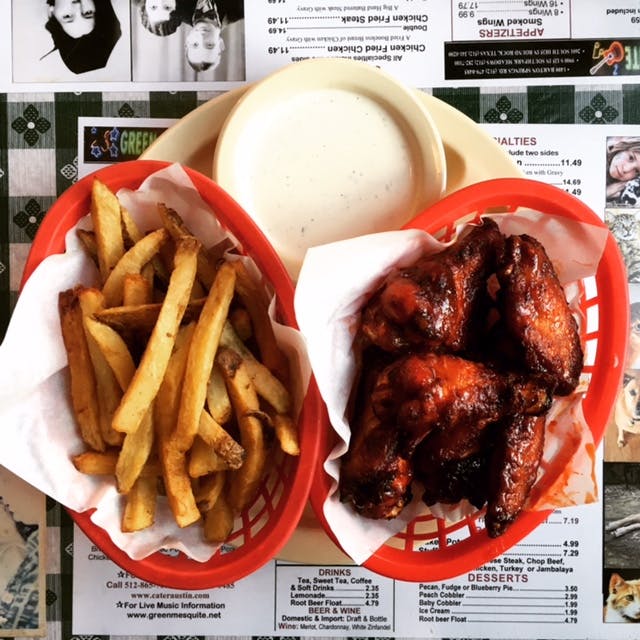 The wing sauce is a unique one. Instead of the basic butter and hot sauce mix, they swap in margarine, and add brown sugar and chili sauce to Louisiana hot sauce. It makes for a sweeter flavor with just enough heat. You won’t need the house ranch (made from Hidden Valley Ranch packets), but dip away. It’s good on the wings, and even better on the hand cut fries. Get the smoked wing plate for $12 and they’ll let you sub in those excellent fries for your two side options. 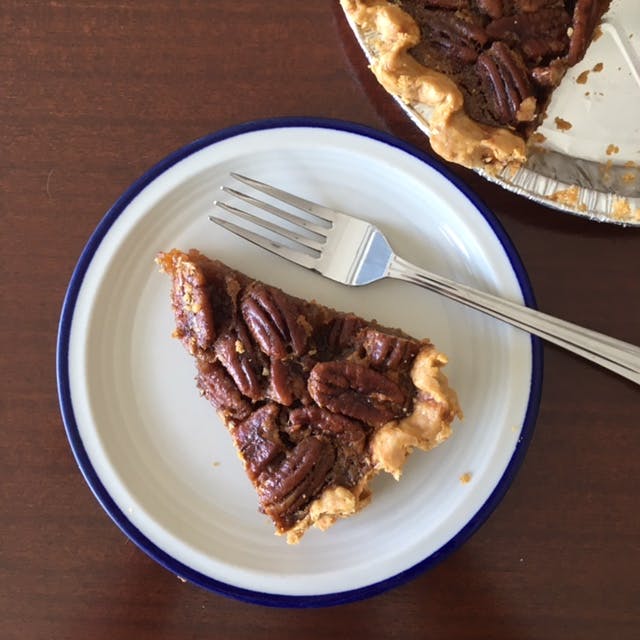 After a satisfying, and wholly unhealthy meal of fried wings and fries, I was stopped on my way out the door by the sight of house-baked pecan pie. Topped with big pecans, the filling is dense and gooey, in a good way, instead of being unappetizingly tall. If you like a high pecan-to-filling ratio, this is your pie. The lucky folks at the office who got a slice of the whole one I brought back agreed. Too bad they didn’t get to try the wings.