Oliver Sitrin is no stranger to pastrami experimentation. During his time as chef at Blind Butcher on Greenville in Dallas, he’s taken his thin-sliced beef pastrami and piled it high on rye (a traditional presentation, to be sure), as well as tucked it into an egg roll. He’s made tender duck pastrami, paired it with duck bacon, and served it on a pretzel roll. And now, at the new Goodfriend Package Store on the other side of town, Sitrin takes on the mushroom as his latest pastrami project.

When I saw mushroom pastrami on the menu, I wondered if it was merely a pastrami imposter. The word has become a cool descriptor on modern menus even when it does’t really fit. Maybe they just sprinkled some pastrami spices onto mushrooms and called it a day, I thought. Thankfully, I was wrong. Sitrin brines portabella mushrooms for three days, just like he does his beef pastrami. The shrooms are then seasoned and smoked with mostly hickory and a little fruitwood until tender. The finished caps of mushroom pastrami are then stored whole in cryovac packages, and sliced and heated to order. 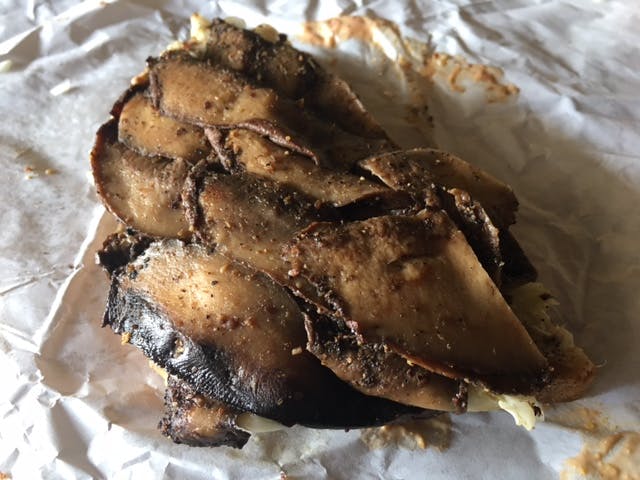 For this alternative Reuben, the sliced mushrooms are layered on Empire Baking Company‘s marble rye, and topped with Swiss cheese, house-made sauerkraut, and what Goodfriend calls their “Million Island” sauce. My first bite of the sandwich unleashed a flavor torrent of seasonings and smoke. This is no timid vegetarian sandwich. There’s heat from freshly ground black pepper, and the complexity deepens with an unexpected twist of juniper. The first bite reminded me more of a sip from an earthy digestif than of traditional pastrami seasonings, but the flavors mellowed a bit as I made my way through the sandwich. It held my interest and offered a combination of in-your-face seasonings along with more subtle flavors that seemed to shift with every bite. 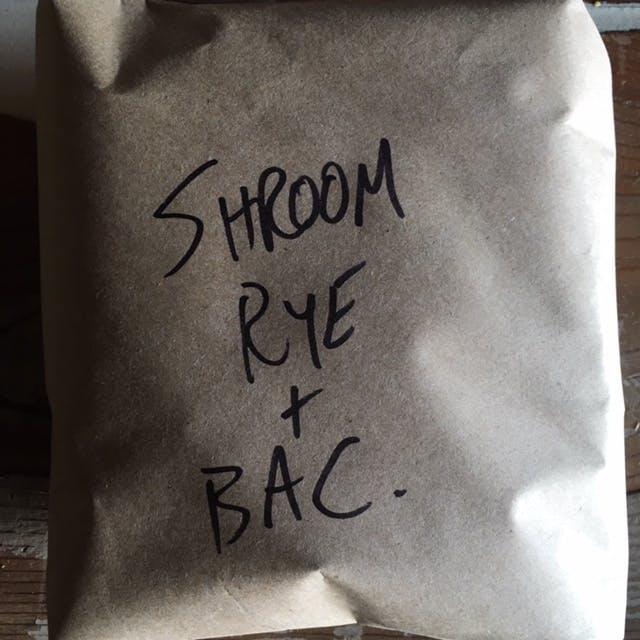 It was a remarkable sandwich—the most unique in my recent memory—but it benefited from some textural variation. While quizzing Sitrin on his pastrami method I asked if he’d considered a mushroom bacon on top. Something to bring some crispiness to the soft portable slices while keeping it vegetarian. He says it’s cost prohibitive, then added, “Let’s not beat around the bush. You’re not a vegetarian. Just add real bacon to it.” So I did. The strips of smoked pork belly added $3 to the $12 sandwich, but I’d get it that way every time. It won’t be the last time that bacon improves an otherwise vegetarian sandwich.