Oyster shells crackled under the car tires as I pulled into Gilhooley’s in San Leon. The parking lot is paved with them, and a pile taller than me rose like a dune at one end of the parking lot. A storm was rolling into the small town on the Gulf Coast, and beside the restaurant two men were splitting as much wood as they could before the sky opened up. Through a screen door was the kitchen and a grill fueled with oak and pecan. I wanted a closer look to see if it was covered with oysters on the half shell for the restaurant’s signature dish, Oysters Gilhooley, but a glare from the cook sent me back around to the front door. 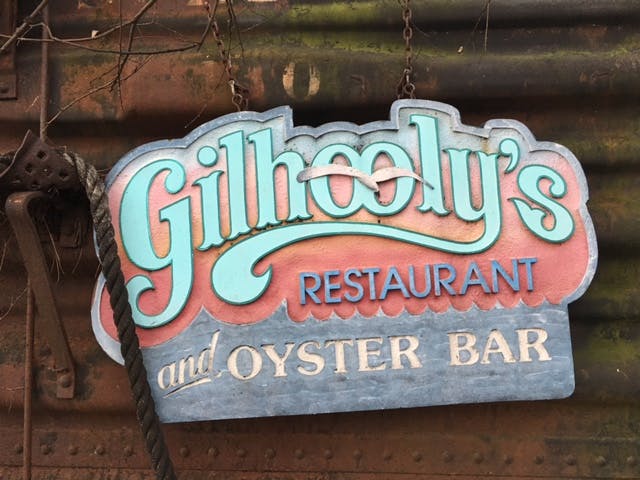 Andrew Zimmern called Gilhooley’s “the most notorious oyster shack on the Gulf of Mexico” when he filmed there for his Bizarre Foods show. Guy Fieri didn’t get so lucky. The server told me Fieri demanded the recipe for Oysters Gilhooley and a kitchen tour, which the owner promptly refused. T-Bone Tom’s in nearby Kemah made it onto his show, Diners, Drive-Ins, and Dives, instead. The server also said a crew from the Food Network was coming later in the day, but at two in the afternoon on a Wednesday, I had the place to myself. I also had a clear understanding that a kitchen tour wasn’t in my future.

Gilhooley’s gets its reputation, in part, because of the staunch no kids policy and a refusal to take credit cards. Some say surly servers are part of the deal too, but the service was great on this lazy afternoon. They also don’t skimp on the portions. A dozen Oysters Gilhooley were really fifteen, and came on a metal tray with crackers and cocktail sauce (which you won’t actually need). 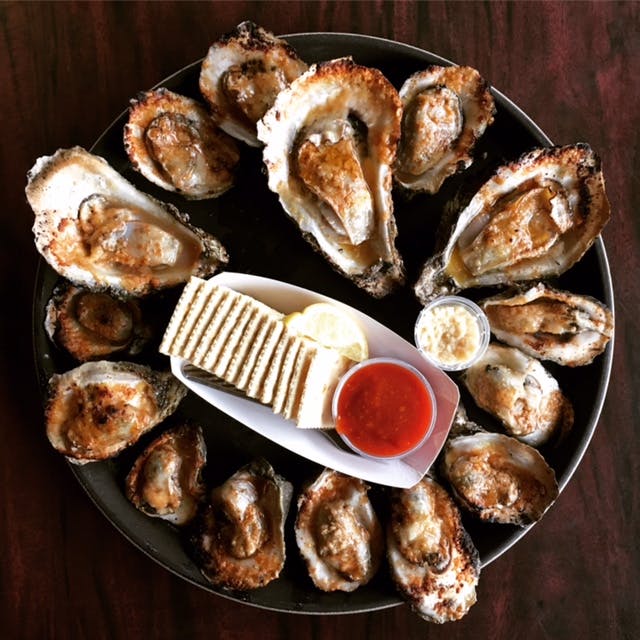 The garlic butter was still bubbling in the shell, while golden brown parmesan cheese enrobed the plump mollusk. Gulf oysters don’t have the same prestige as those from the Pacific or Atlantic, but those smaller oysters would have shriveled under the intense heat of the flame. These larger oysters were still juicy and barely on the side of cooked. 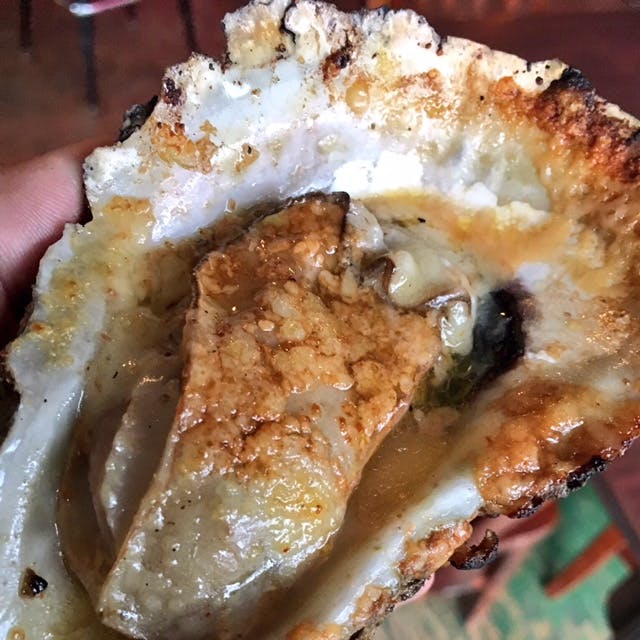 I’ve had plenty of grilled oysters, both in my backyard and at hallowed spots in New Orleans. The best I’ve eaten are at Gilhooley’s. The flavor from the wood smoke is evident, but not overpowering. There’s a hint of Worcestershire as well, and along with the browned butter and parmesan, it creates a rush of umami that only quickens the pace of eating. The shells on the platter were ready for the parking lot in about two minutes flat. I considered another dozen, but thought better of it when I remembered the barbecue dinner I had scheduled that night. I’ll have to make my way back to San Leon soon, where I’ll happily follow the rules at Gilhooley’s and be treated with what might be the best roasted oysters in America.