After more than thirty years of doing laundry for the local school district, Clemente Galvan Jr. chose a second career: barbecue. It hasn’t been easy. The pit room at Galvan’s Sausage House has burned down twice, most recently in 2014. He works long hours at the small restaurant along Highway 90 in Richmond, and the effort shows in the great homemade sausages. 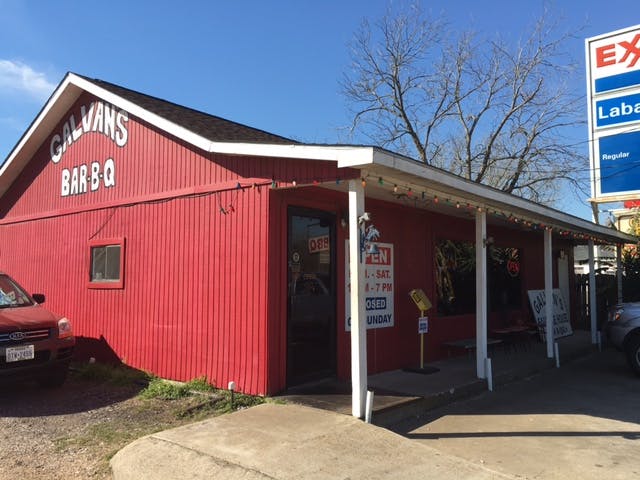 Clem, as his family calls him, was born in a neighborhood in Rosenberg called Little Mexico in 1952. In middle school he had a coach named Al “Coach” Blazek. After high school he took a laundry job with Lamar Consolidated High School, and regularly ran into Blazek. One day, Blazek gave Clem some sausage, which had been the winner of a faculty-organized sausage tasting (this is my kind of high school), and Clem decided he wanted to replicate it. Soon he was selling links at school. “I let them taste it, then I would sell it to them,” he told me. The first was always free, and he didn’t demand cash until pay day. “I had a little tablet and I would keep track of what they owed me.”

The sausage became too popular for the underground economy of the high school, so he began selling it out of his father’s store in Rosenberg. In 1991, Clemente Galvan Sr. decided to build the little restaurant on Highway 90, and his son’s sausage was the highlight of the menu. Clem’s brothers ran the joint for a while, but tired quickly of the restaurant business (they now operate the firewood and barbecue pit business next door). Clem preferred making sausage and staying in the back of the house, so his father took over the restaurant until he passed away in 2000. That’s when Clem’s mother took the reins. She decided to close the place after a fire in 2005, but Clem stepped up. He reopened the following year and quit the laundry job.

Nowadays he tends the pit and works in the restaurant during the day. In the evening he makes sausage. Clem’s sausage business began with a recipe for pork-and-beef sausage, but now has an all beef version (the most popular), jalapeño, habanero, and even a chicken-and-jalapeño sausage. His special recipe boudin is available in the cooler, but they’ll warm up a link for you if you ask nicely.

I preferred the beef sausage. Clem makes 400 pounds of the coarse-ground sausage every week. It has a subtle heat from black pepper, a good smokiness from the pecan wood, and it’s juicy without being too fatty. Briskets or chucks (whichever are cheaper that week) are ground for the filling, and you can get the sausage by the pound, as a barbecue plate, or in a sausage wrap for $2.25. 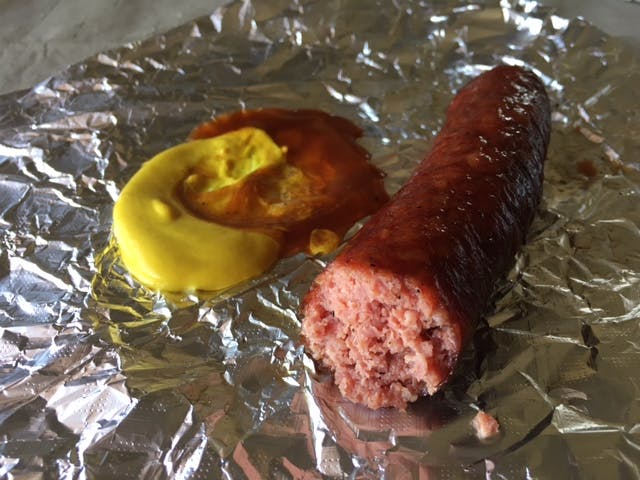 There’s more barbecue on the menu, but when it’s in the name, stick with the sausage. I’m partial to the all-beef version, but the pork-and-beef with jalapeño is another solid choice. It had good spice, while the XXX pork sausage (SFW) had a habañero heat that was rough going down. To add some heat to the others, reach for a bottle of the housemade “Kick it Up Sauce,” barbecue sauce laced with Tabasco and Louisiana hot sauce (I like it mixed with yellow mustard). As for the sausage’s recipes, Clem would only offer up salt and pepper, and “a few other spices.” But you can bet the recipe won’t change. As Clem explained, “I got it where I liked it, and I try to leave it there.”