Kerlin BBQ in Austin has been known for their ribs and brisket since opening in 2013, but Bill and Amelis Kerlin really made a splash with their smoked-meat kolaches. Those have been so much of a hit that soon  they’ll have a dedicated kolache truck. I must admit that the savory pastries had become a bit of a distraction for me during my last several visits here, but I recently stopped in for lunch and found one of the best barbecue sides I’d had in a while. 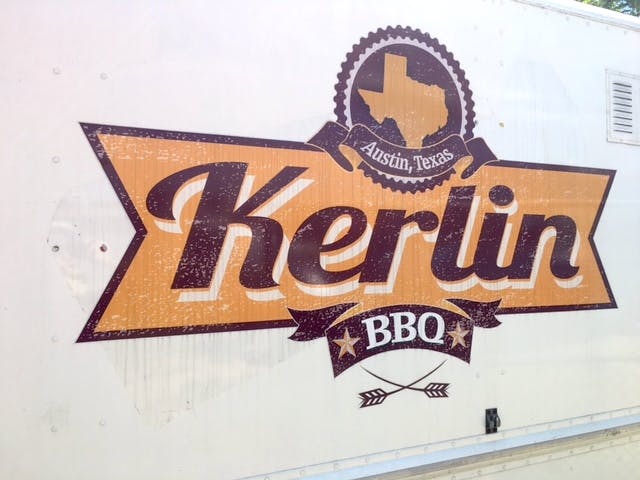 So what could steal my attention away from smoked-meat kolaches? Smoked corn-on-the-cob. Bill Kerlin shucks fresh ears of corn and puts them right in the smoker. After the ears have gotten some good smoke, he wraps them in foil to finish the cooking process. The whole cook time is three hours. That’s some low-and-slow corn. 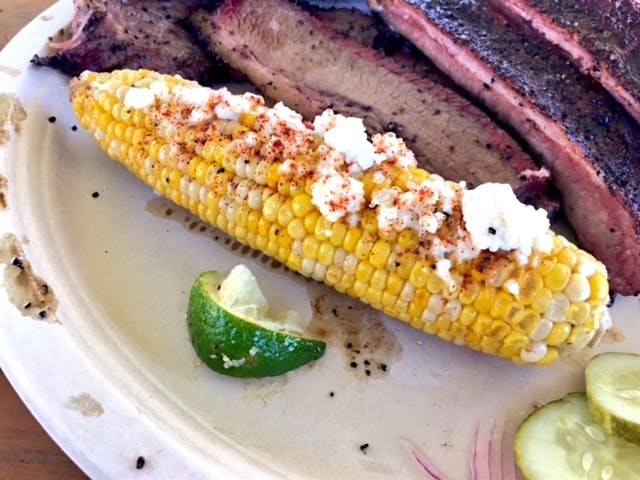 When it’s time to serve, a whole cob is topped with in-house smoked chipotle butter, queso fresco, and spicy seasoning. A generous squeeze from a wedge of lime is the vibrant finishing touch to the juicy kernels, which have just a hint of smoke. And at $2.50 per ear, the same price for all their sides, it’s a great deal—but it won’t last much longer. “We only do it in the summer time, until fresh corn gets too expensive,” Kerlin explained. It should remain on the menu for about another month, so get an earful before the season’s over.