The headlights from a Chrysler 300 beamed through the window and into the historic dining room of Sonny Bryan’s Smokehouse in Dallas. It was after midnight, and the driver was waiting for his seemingly inebriated (or maybe balance-impaired) passenger to get back with a couple chopped brisket sandwiches. I had just ordered ribs and onion rings, and a few other customers milled around waiting for their midnight barbecue snacks at the only joint in Texas that doesn’t need a “Closed” sign. Sonny Bryan’s is open 24/7.

Brent Harman, CEO of Sonny Bryan’s since 2004, made the move to extend the hours five years ago. Since it opened in 1958, part of the Sonny Bryan’s experience was the rush to get there before everything sold out, sometimes as early as one in the afternoon. Harman made sure the practice ended. “After I took over, we didn’t run out of food anymore.” He said the Sonny sell-out was more myth than reality, and the old pits can hold a lot more meat. “Sonny cooked enough food to pay the bills, and he liked to go ride his bike in the afternoon,” Harman explained.

Until 2011, the official hours were 10 in the morning to 2:30 in the afternoon, and the joint was closed on Sundays. But Harman saw potential in dinner service, which began five years ago. They later added Sundays, and in May, the neon “24/7” was installed. Harman credits Tommy Zapata, vice president of operations, for continuing to push for extended hours, but the staff needed to be on board too. “Surprisingly the general manager said ‘let’s go for it,'” when Harman asked his crew about the idea of going 24/7. They also agreed to close on Easter, Thanksgiving, and Christmas. 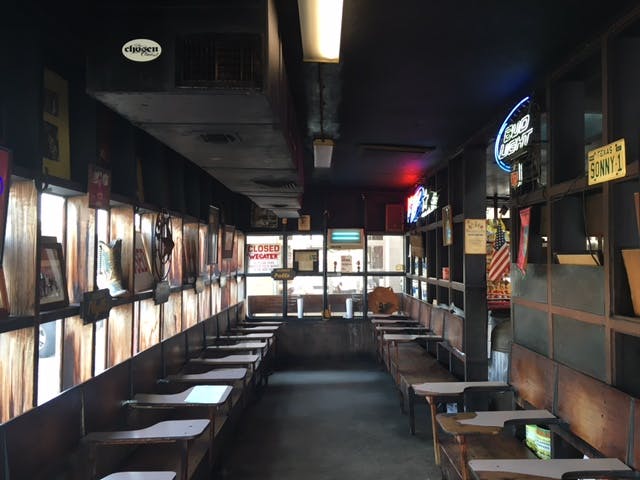 Back in 2013, they made another big change at Sonny Bryan’s by adding a new building beside the original. It was dubbed the Bryan Brewhouse, and was added to provide bar service. During my Friday night drive over to Sonny’s, I was expecting to find a decent bar crowd at midnight, but the Brewhouse was closed. Their liquor license only goes until midnight, and it usually closes around nine or ten in the evening anyway. I thought they missed an opportunity to create a neighborhood hangout. 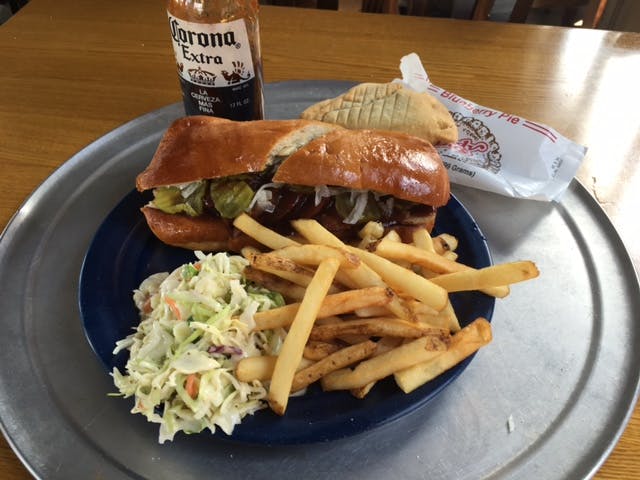 During lunch hours the Brewhouse is open, and there’s a small selection of craft brews on tap inside. They weren’t ready to serve beer when I went in for breakfast at 8:30 in the morning a few days earlier, but they did have a hot pot of coffee. That’s been the only menu addition since the change in hours so far. I drank it with a satisfying chopped brisket Frito pie, all the while wishing they could add a fried egg on top. Harman hinted at a possible breakfast menu in the works, but for now you’ll have to smuggle in your own eggs.

I didn’t find much of a crowd during my off-hour meals. To be fair, they were short visits, and Harman assured me that the plan is working after a rough start. “It was terrible. I think we did $25 the first night,” he recalled. Now they’re averaging about $1,000 an hour between nine in the evening and three in the morning, when customers become scant.  He says Friday is the busiest day for every shift.

The all-hours model might sound like a gimmick, but Harman said it’s a service to the surrounding community. Oz Casas, who was working the morning shift, said they see law enforcement, airline employees from nearby Love Field, and plenty of folks from the surrounding hospitals. Sonny Bryan’s joins IHOP and Denny’s as the only dining rooms open at all hours in the medical district. There’s also a drive-thru at the Whataburger and Taco Cabana on the other side of I-35, but you won’t find any brisket or ribs there.

The original brick pit is still in use at the original Sonny Bryan’s, and Harman said it’ll smoke all the barbecue they need in a day. They smoke the briskets over hickory just like Sonny did—in fact, they haven’t changed a thing about the brisket. Harman confirmed that a recipe published in Parade in 1995 is still the one they use. It hangs on the wall, and calls for smoking an unseasoned brisket for about 7 hours at 360 degrees. 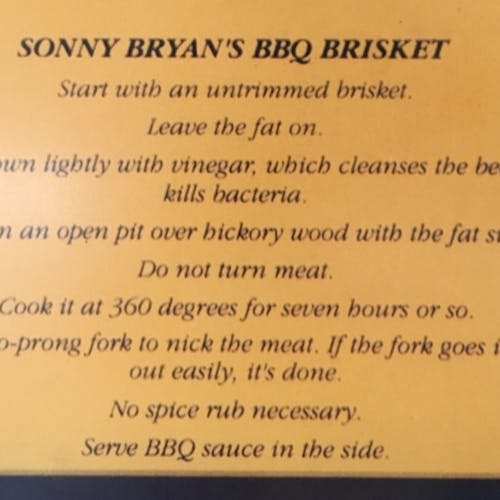 I asked Harman if he was worried about affecting the legacy of Sonny Bryan’s by messing with the hours, and he said, “When you’ve done something for so long, you get blinders on about the way it can be done.” That could also apply to their brisket method. A request for fatty brisket with plenty of bark came without fat, bark, or much flavor at all. Thank Sonny for the excellent sauce, kept warm in old Corona bottles. My request for the sauce recipe was met with a laugh from Harman. I had to try. For now, you’ll have to get it from the source, and I can attest that it goes great on a brisket Frito pie, even if it’s for breakfast.