A couple of years back I compiled a list of Texas barbecue treasures, or joints that had been open for at least fifty years. But it wasn’t until recently that I noticed that Stringer’s Lufkin Bar-B-Que was the oldest on the list without a mention on TMBBQ. They celebrated 65 years in deep East Texas just last year, and there’s more to the place than the fried rolls they’re so famous for.

Lufkin Bar-B-Que was a shack when it opened in 1950. The name was amended two years later when Queen Esther Stringer bought the place. It’s still in the family today with Paul (Esther’s son) and Brenda Stringer at the helm. They fire hickory wood in the same brick pits that Queen Esther used. 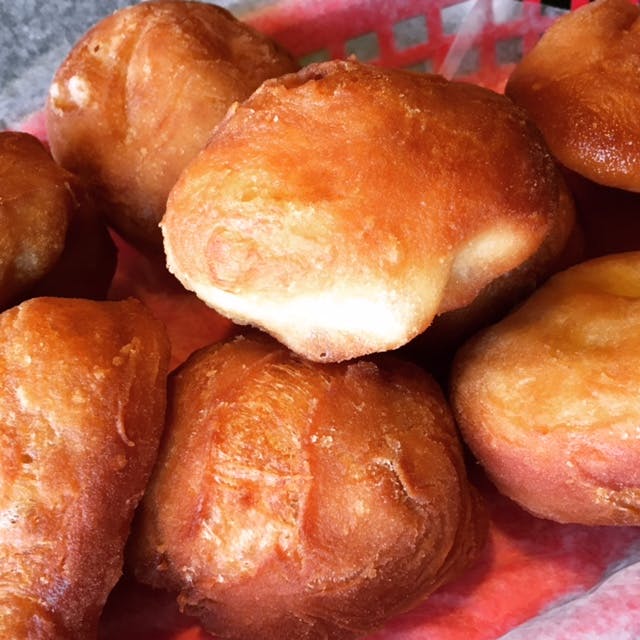 Immediately after we ordered, the fried rolls hit the table. A red plastic basket overflowed with shiny, golden orbs. The outer shell provided more resistance than a donut, and the inside was fluffy as a fresh yeast roll. Yes, they sit heavy in the stomach and are far more indulgent than a slice of white bread, but they’ve made Stringer’s rightly famous. As I pondered a third roll (0 trans fats, as the menu reminds), the barbecue arrived. 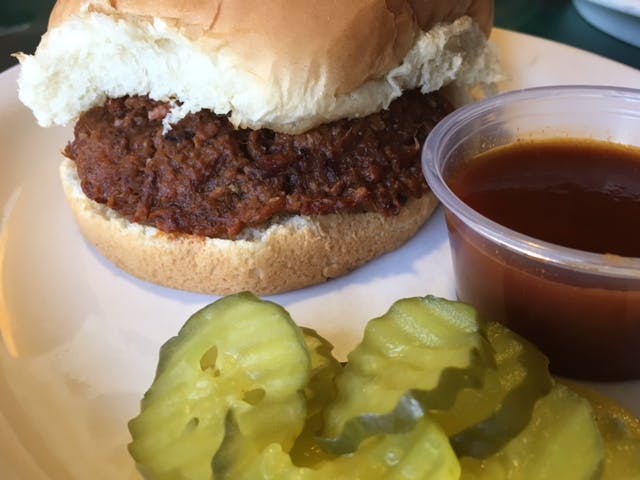 The chopped beef sandwich was satisfying. Brisket is minced with sauce and heaped liberally on a fluffy white bun, with plenty of bark in the mix to give it a good smokiness. That “chipped beef,” a shining example of the sloppy joe-style chopped beef, is the cheapest sandwich on the menu at $5.08. 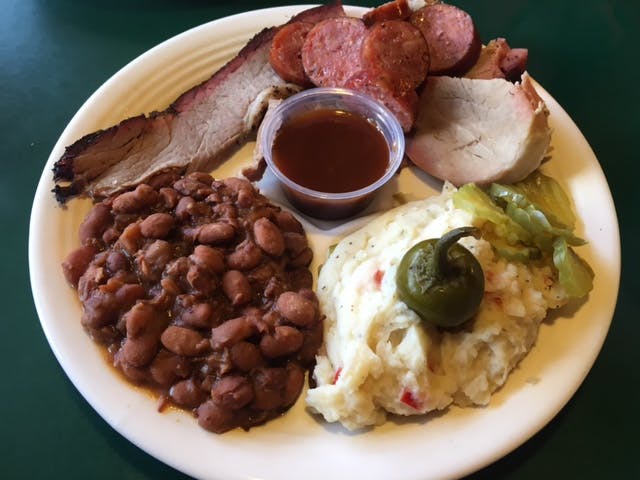 There are good values all over the menu. A three-meat combo plate is under $15, and brisket is just $14.23 per pound. But that also means you shouldn’t expect any juicy, Prime-grade brisket. There was a good smokiness to the beef, but the dry slices and the pork loin needed the sauce, which is house made. It’s a thick sauce, heavy on the tomato without being too sweet. The sausage was better. It had a nice kick to it and was plenty juicy. 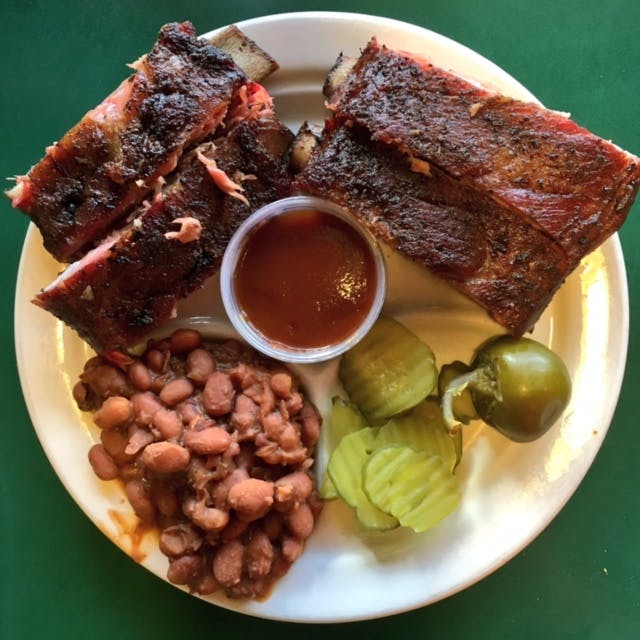 Stringer’s is proud of their pork ribs, and they were the standout of the visit. They get the only lengthy description on the menu: “Juicy, fall off the bone tender, mouth watering, seasoned just right, cooked over open fire pork ribs.” They’re right about most of it. Don’t expect a char from direct heat—these are slow-smoked ribs that are, in fact, seasoned just right and very tender.

Sides of soothing pinto beans, creamy chopped slaw, and a mashed potato salad were as classic as they come, and so is Stringer’s. They’ve been doing it this way for a long time and show no plans to shift their process. That commitment to tradition won’t make me fond of the dry sliced brisket, but between the ribs and the chipped beef there’s plenty to like about Stringer’s. And it doesn’t hurt that they’ve got the best bread in the business.