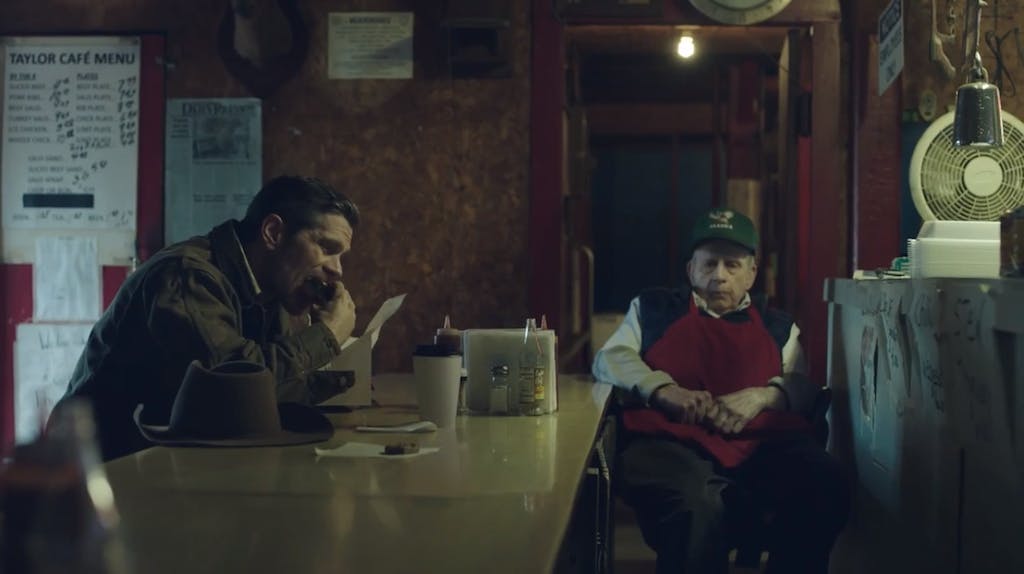 I didn’t expect to see Vencil Mares make his Super Bowl debut last night, but there he was with his red apron on sitting at his usual spot. It was quick, but right there at the 0:35 mark of a Chevy truck commercial, a rancher transporting his bull made a stop for some barbecue at the Taylor Cafe.

Mares opened Taylor Cafe in 1948 after coming back from World War II. It’s been a fixture in the Texas barbecue scene ever since, with Vencil now serving as the de facto Godfather of Texas barbecue. He has shown more longevity than most, and still comes to the restaurant every day. Scott Morales who does most of the cooking these days said that he jokes with Vencil when he shows up at 6:15 in the morning that he’s fifteen minutes late.

Morales also provided a few more details about the shoot. They filmed the commercial about six weeks ago and spent eight hours in the restaurant to get those two seconds worth of footage. “They did so many takes, the main actor went through fourteen chopped beef sandwiches.” Morales said the response has been great. When the commercial first hit Youtube late last week he started getting texts and emails. I asked what Vencil though about it. It seems he likes the notoriety just fine. “People were coming in and started calling him Mr. Super Bowl.”