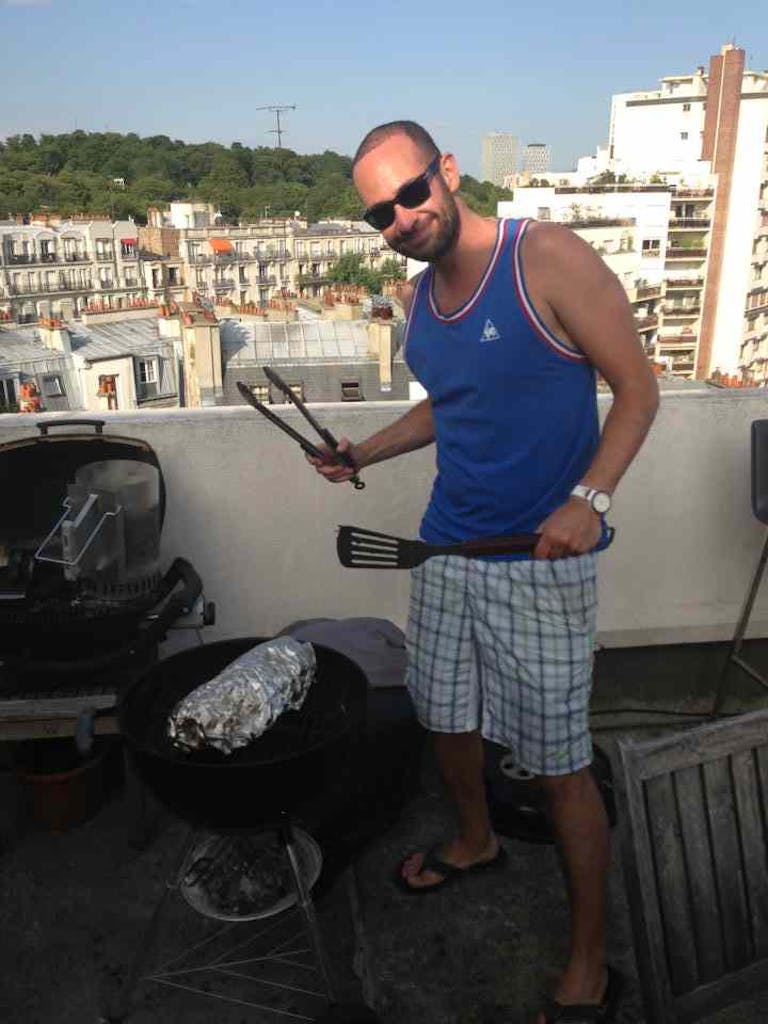 Thomas Abramowicz wants to open the first barbecue joint in Paris, France. You can help make it happen, that is if you’re a pitmaster who can help. Thomas is from France. He loves Texas barbecue, and wants to bring it back home by opening a barbecue joint in Paris. He first told me this while we were in line for the bathroom at Hill Country BBQ in New York. I sent him a few leads, but they didn’t pan out. Now he’s asking for some help in finding a temporary barbecue mentor.

He’s not interested in just learning how to smoke a brisket in the backyard, but he hasn’t exactly mastered that yet either. You can see from his photo that he needs some help choosing new equipment, but he also suffers from dry brisket, tough ribs, and uneven fires. He’s obviously interested in the basics of running a barbecue business as well.

He will be coming back to Texas for a month from mid-November to mid-December. He’s willing to work as your intern for a few weeks and pay you a fee for passing along your barbecue knowledge.

If you can spare some time to help spread the gospel of Texas barbecue to those poor barbecue-less Europeans, you can contact Thomas at: thomas DOT abramowicz AT gmail DOT com