Sanger is hoping for a barbecue joint that sticks. We praised Texas Smoke BBQ Co. in 2014, but it closed a year later. Late last year, Brian Davis opened Bolivar St. BBQ in the same building, and he enlisted the help of family, lots of family, to help him run it. “We’ve got Uncle Brad, Uncle Joe, and cousin Kevin here, too,” Brian’s nephew Cody Cook told me in the pit room. He and his brother Joshua handle the barbecue.

And a unique menu item might just be the sticking point for Bolivar St. BBQ. Most of the menu reads like any other Texas barbecue joint. Sliced brisket, ribs, and a custom blend jalapeño sausage are all good, but it was the American Egg Roll that caught my eye. Smoked turkey or brisket and various toppings are rolled up into a huge tortilla and deep-fried. It’s a barbecue chimichanga, but Joshua wanted a different name to stress just how big it was, big enough for the American appetite. Maybe Texas Egg Roll was too obvious.

It starts with the smoked brisket (I skipped the turkey version), which is done over mesquite, oak, and pecan wood in a Southern Pride rotisserie. They chop the tender, smoky brisket to order. In one version of the egg roll, they layer shredded cheddar, brisket, and mac & cheese onto a 12 inch flour tortilla. It’s all rolled into a neat package and placed into a 375 degree deep fryer for 2 1/2 minutes. 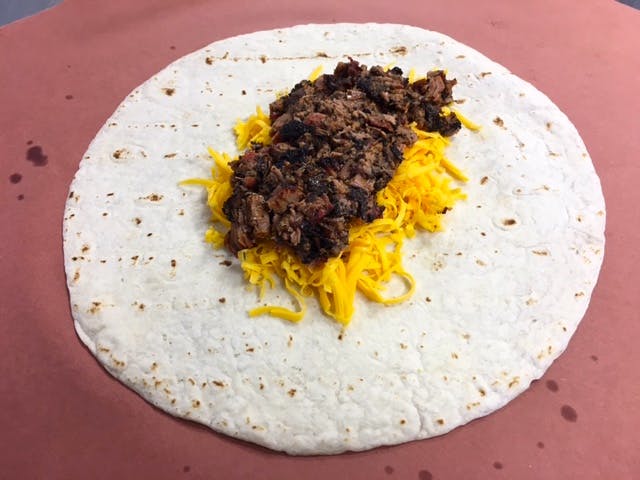 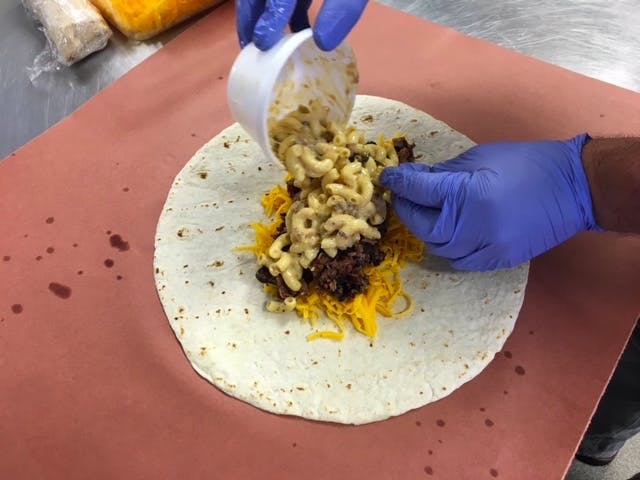 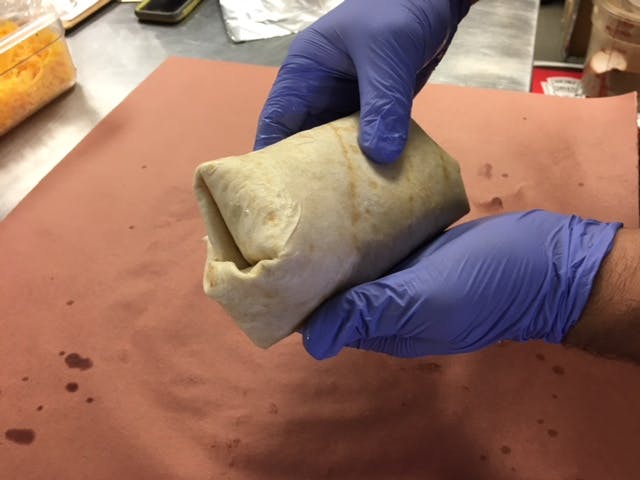 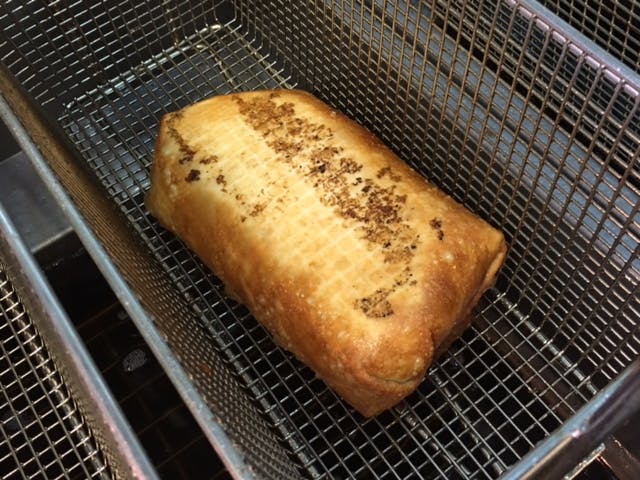 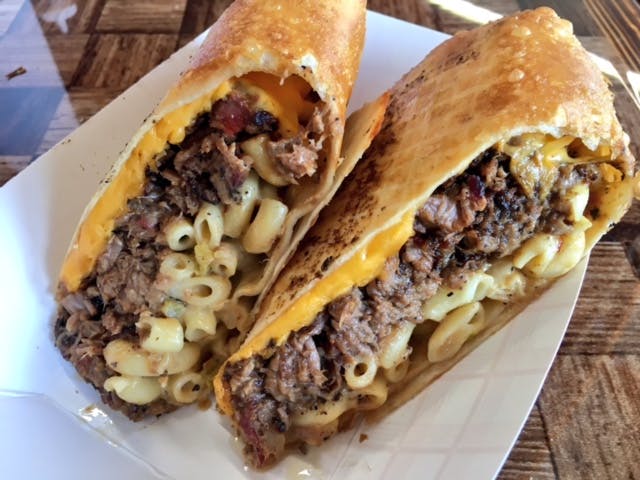 A golden brown orb emerges from the fryer. I expected it to be greasy, but the high temperature on the fryer made for a crisp shell, and the cheese inside was melted just right. The mac & cheese version was good, but admittedly a little heavy. Joshua used to eat one every day, until he realized just how much weight you can put on by eating your own supply as a pitmaster.

I preferred the version of the egg roll with brisket, avocado slices, pico de gallo and cheese (pictured at top). It’s certainly not something I could enjoy daily, but I’d gladly order again with the knowledge that it’s plenty big enough to split. Not a bad deal for $8.50. 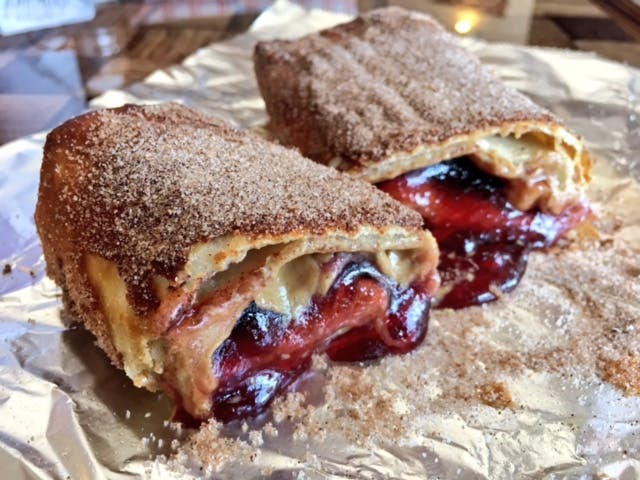 You’ll want to save room for dessert here too, which also comes straight from the deep fryer. The fried PB & J uses the same enormous tortilla. Grape jelly and creamy peanut butter gush forth when it’s cut open. The top is dusted with cinnamon and sugar, so this dessert is basically a PB & J wrapped in a sopaipilla. If you down one of these and an American Egg Roll in one sitting, do so at your own risk.