The Bubba Tater is one of the most daunting dishes to tackle in Texas barbecue, that is if you plan to eat the whole thing. Most joints just list it as a barbecue baked potato, but it usually starts with a russet potato the size of a Nerf football. When you order one, they’ll probably ask if you want butter. The answer should be “Yes.” You’re already in for a huge carbo load, so you might as well balance it out with some fat. Then comes shredded cheese and the chopped barbecue, usually brisket. From there it can get as big as your imagination or the toppings bar will allow. 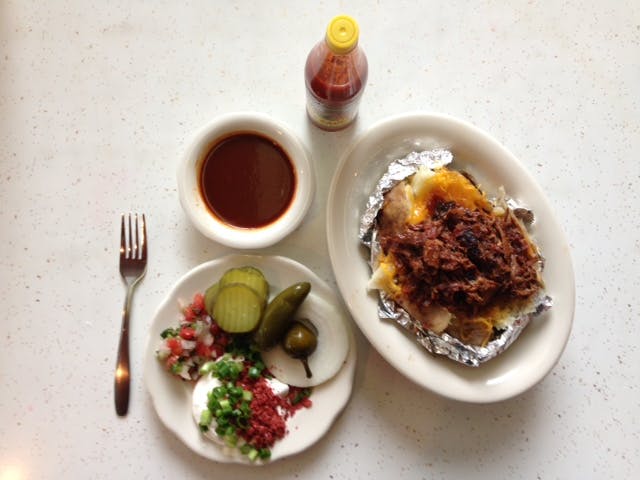 At Pappas Bar-B-Q in Dallas they have a salad bar’s worth of accouterments. Pickles, jalapeños, and onions are expected, but then there’s pico de gallo, sour cream, green onions, and those little red pebbles of fake bacon bits. The potato costs $9.95, but with enough toppings you can make it a meal for two. That’s what I used to do with a friend when I was a poorly paid intern out of college. 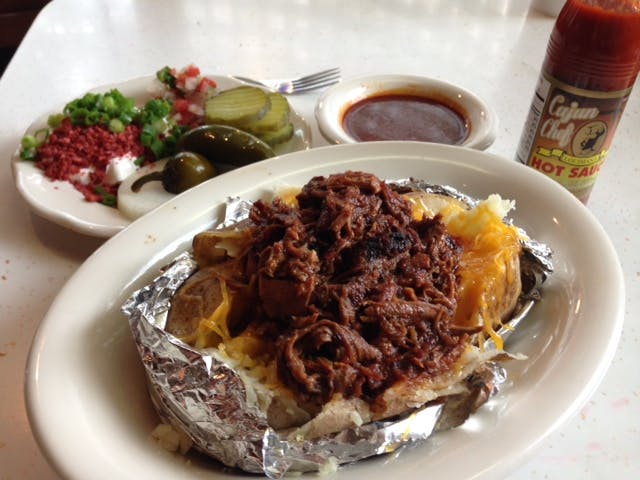 I hadn’t eaten a bubba tater in a while, but having just finished one for lunch, it brought me back to the real beauty of this bundle of flavor and calories. The barbecue inside it doesn’t have to be that good. If you can hide substandard barbecue with some barbecue sauce, then it might as well be in the witness protection program within a giant baked potato.

Where is your favorite bubba tater?