Canadian, Texas is out there. In the already secluded Texas Panhandle, it stands alone anchoring the northeast corner. Amarillo is over a hundred miles away, and the next town of any consequence is two hundred miles east in Oklahoma City. With so little to visit nearby, Canadian has worked to make their downtown an oasis of handsome structures and brick covered streets for the three thousand residents here. The historic Palace Theater was recently renovated, the Citadelle Art Museum opened a few years back, and in 2001 The Cattle Exchange opened in the refurbished Moody Hotel.

The Moody Hotel and the town was once a hub for the cattle trade, but Canadian never really recovered economically from the Depression when they lost forty percent of their population. Even into this century there wasn’t a local option for a good steak, which is one of the reasons Milton and Julie Cook decided to open this place. Those mesquite grilled steaks are a feature of the menu, and there’s even some Tex-Mex and a few salads thrown in, but I was there for barbecue.

Walking through the large wooden door into the spacious foyer felt like I was entering a hotel lobby. The ceilings are high and light pours through the windows along the large dining room that looks out onto Main Street. A large menu is posted above the front desk, and you better peruse it quickly. There is a full service wait staff, but you’re expected to place your full order and pay before you take a seat. That’s also the same time you decide on the tip you’ll leave if paying by credit card. It’s a decision-intense experience to start things off, especially with all the barbecue being concealed behind the doors of the kitchen. 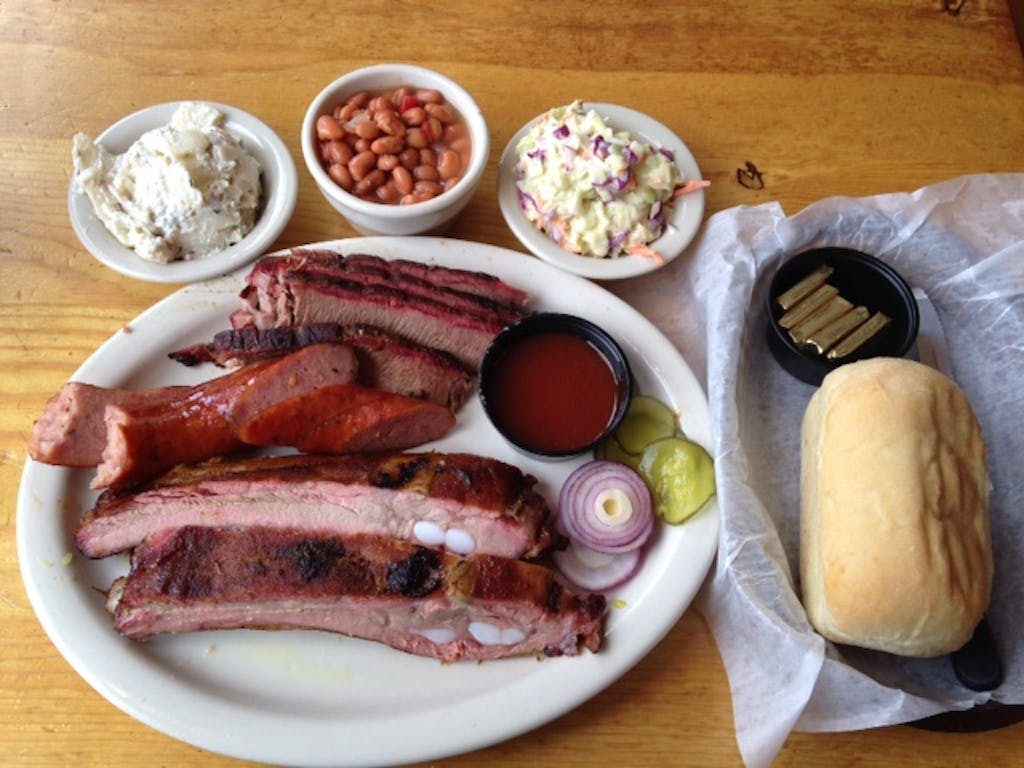 One decision that is made for you are the sides that come with any barbecue plate. Beans were gussied up with peppers and onions, and the cole slaw tasted fresh. The potato salad was heavy on mayonnaise and sour cream, but at least it was homemade. A mini loaf of warm sourdough on the side was a nice steakhouse touch. You won’t have a meal of afterthoughts here.

The barbecue was nice to look at. Brisket has a rosy smoke ring and a deep black crust, but the slices from the flat were dry and tasted of stale smoke. They boast a secret rub, but it could have used more salt and less paprika. To be fair, after trying three terrible versions of brisket in nearby Borger and Perryton, this one should be commended for being one of the better options in the area.

The sausage from a Hill Country supplier was juicy and well seasoned, but it hardly tasted like it had been smoked. Big spare ribs were the best option, but would have made a better impression after a little more cooking time. The meat was smoky with a flavorful crust, but it was just a bit undercooked. That doesn’t mean I wouldn’t get them again. 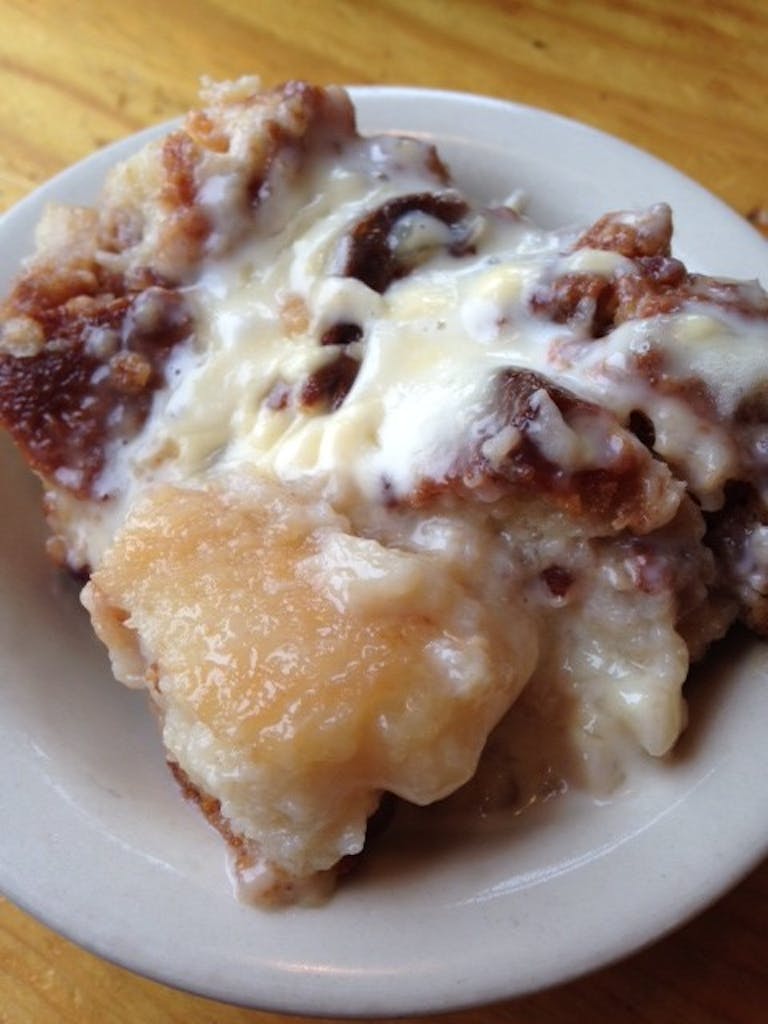 No matter how your meal starts at The Cattle Exchange, it’s sure to end on a high note. Once the server has confirmed your meal’s completion, you’ll be given a complimentary bowl of warm bread pudding. They put all that excess sourdough to good use here with a sweet and slightly boozy dessert. You’ll want to stick around for your serving.

Much has changed in Texas barbecue in the eleven years since The Cattle Exchange was listed in the Top 50 BBQ joints by Texas Monthly back in 2003. Maybe they’ve slipped since then, or more likely, everyone else got that much better (remember that in 2003 Sonny Bryan’s was still considered great). Their current absence on the list also shows just how big Texas is. It may no longer be one of the fifty best in the state, but it’s the best option for brisket and ribs within a hundred miles.