At the Grove, a new development on the south side of Tyler, a small wooden building is sandwiched between crisp white structures. I could see the smoke rising above the shiny metal roof from the parking lot, so I assumed it was the barbecue joint. It was called the Smoke Shack, after all. It’s part of a larger collection of venues at the Grove, which also includes the main restaurant, a bar, a takeout market, and an event space.

Navigating the site can be confusing. There’s a clear front entrance into the namesake restaurant, but the path to the Smoke Shack makes you feel like you’re entering from backstage. The most direct route to the Shack is along a sidewalk that leads from the dumpsters in the parking lot, and there’s no signage on the side of the building facing the parking area. You might not notice it as you walk into the Grove’s sprawling backyard. 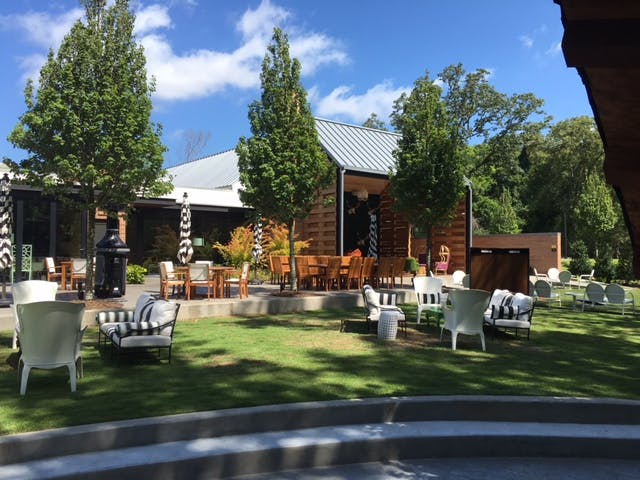 A wooden amphitheater anchors the rear of the property. From under its arch, you can look out at the high-backed chairs in the lawn, the fake logs piled on the gas-fueled fire pit, and an outdoor living room decorated with chandeliers and alabaster elk heads sporting gold antlers. The Smoke Shack, just behind that fake fire pit, would do nicely in a Texas-themed food court. It’s a reasonable facsimile of a barbecue joint, but the glass is spotless and the tin roof ain’t rusted. Thankfully, the food is decent. 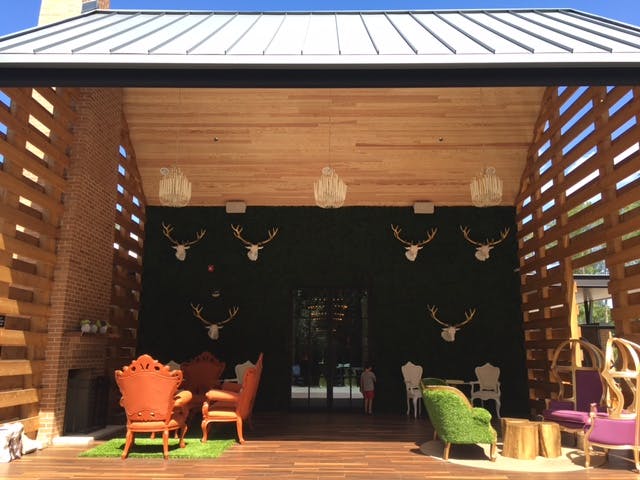 The menu options are familiar to any Texas barbecue fan. Sausages are house made, and the options vary weekly. Brisket, ribs, and pulled pork are all supplied by the California-based Niman Ranch. Sourcing hormone- and antibiotic-free meat is a thoughtful choice, but it doesn’t quite match the promise on the Grove’s homepage. “From the meat to the honey on your tables everything is sourced from Texas Farmers,” the “Local Only” tab explains. That plays well to the sustainably minded, but it’s not the truth when it comes to the meat. Niman Ranch offers a great product, but they don’t partner with ranches in Texas. 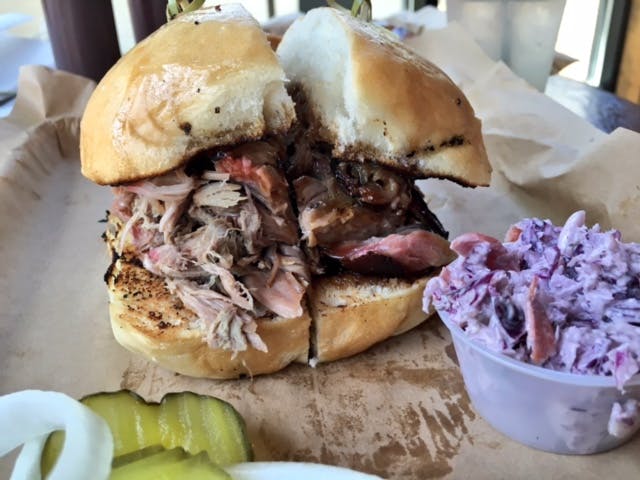 The Niman brisket was cooked well in the J&R Smokemaster behind the counter. A mix of hickory and mesquite was used, but the smokiness was pretty mild—salt was the dominant flavor. The meat was very tender, almost too much, as if it had rested far too long. It would have made for great sandwich filler, and that’s exactly how I ordered the pulled pork. Juicy chunks of nicely seasoned meat came piled on a thick, sweet bun. A grilled flavor came through on the bread, which was buttered and crisped on the charbroiler that sits next to the smoker. Two sauce options, sweet and (not very) spicy, were both thin enough to get deep into the pork. A ramekin of purple slaw served on the side made for a good topper. 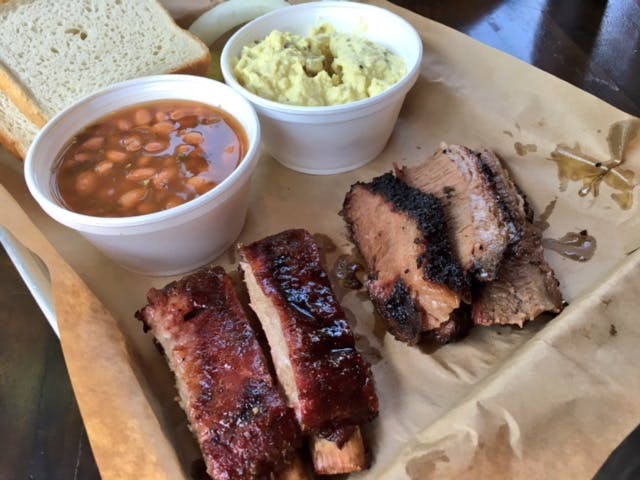 I had to wait on the pork ribs, which finished up a bit late. The thin but tender ribs were topped with a glaze sweet as candy, but the cooks were more timid with the sugar in the beans. Those landed somewhere between ranch-style and pork-n-beans, but missed both targets. The good intentions of scratch-made beans is admirable, but the crunch remaining in undercooked ones isn’t. 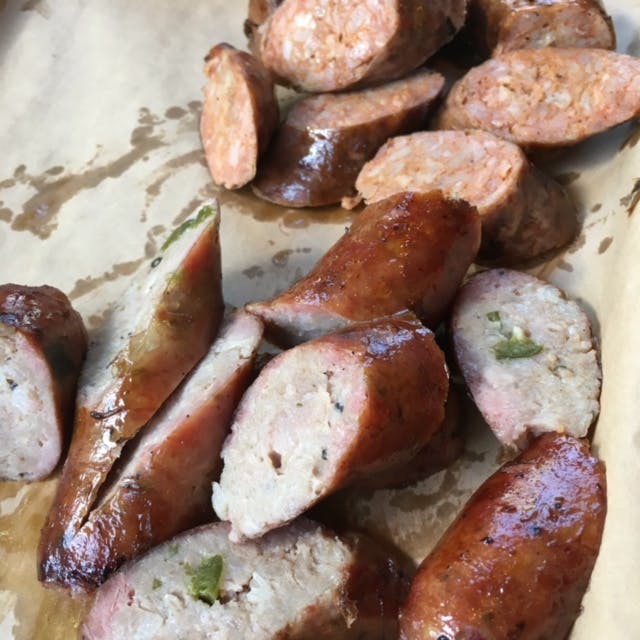 House-made sausages were a solid effort, but need some improvement. I expect chorizo to have some punch of seasoning and spice, but this one was flat. My spice-averse son happily gobbled it up after peeling the tough casings. A jalapeño and black pepper sausage was better. The casings had a better snap, and the chunks of pepper gave it some life.

The Smoke Shack is more of an upscale condo than a shack. Other the diminutive size (just two tables and a dozen bar stools), it’s the exact opposite of the long-standing Pat Gee’s down the road, one of Texas’s quintessential barbecue joints. Pat’s is a place that doesn’t need to put “shack” in its name to try and convince you, where as the “tater” on the Smoke Shack’s menu seems like a carefully chosen colloquialism. But hey, the barbecue is decent.