Ronnie Killen has had enough with high-priced brisket at his Houston-area barbecue joint. Killen’s Barbecue has garnered praise for his juicy smoked briskets (and just about everything else on his menu) from Texas Monthly, and even the Food Network, but it didn’t come cheap. Along with big names like Pecan Lodge in Dallas and Franklin Barbecue in Austin, Killen’s has been charging $20/lb for brisket in response to high beef prices, especially on this specialty cut. Now that beef prices have seen a sustained and significant reduction, he’s ready to cut prices. Starting today, the menu (shown above) will display the new price of $16/lb for brisket (down from $20) and $20/lb for beef ribs (down from $22). 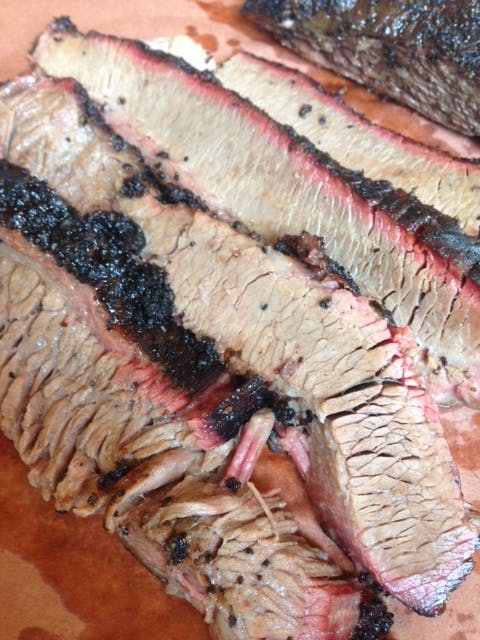 The brisket market has seen some major volatility over the last couple of years. There was a sharp climb in 2014, and it didn’t let up as 2015 started out with record prices. We reported back in April that the barbecue world had finally caught a break as the cost of brisket was finally tumbling downward. That trend has continued throughout the year, and the wholesale price last week was just $2.08/lb down from a high of $3.59 in January.

After following the record price hikes in brisket, I defended barbecue joints for responding in kind with elevated menu prices last year. Plenty of cynical barbecue fans predicted that those new elevated prices would become permanent no matter the market costs, but Killen’s move might just spark a trend that’s easier on our wallets. He told me he fielded a few complaints back when he first implemented the $20/lb cost, but didn’t feel guilty about the price tag. He pays extra for Prime grade brisket from Creekstone that cost $4.65 at its peak, but has since dropped to $3.40. “It’s probably the cheapest they have been since we opened [in early 2014],” he told me via text. “I believe in karma. We raised the prices when the cost went up, but now that the prices have gone down, I want to put that money back in my customer’s pockets.” Let’s hope others start to follow his lead.