When we marvel at the endurance of family-run barbecue joints in Texas, it becomes noteworthy when one hangs on for four—hell, even three—generations. So if someone deciding to make a living in the same way as their great-grandfather is pretty rare, but in the middle of Dallas, there is a business that’s been using the same sausage recipes for nearly three hundred years. Karl Kuby Jr.—the fourteenth generation of his family, in a row, to be at the helm of a meat market and sausage shop with the name “Kuby” on the sign—is the Alexandrite gem of multi-generational restaurant owners.

It began in 1728, in Kaiserslautern, Germany, when Friedrich Kuby opened a butcher shop, specifically the Rind Schweinemetzgerei, which translates into “beef and pork butcher shop” (pictured above). Like any good German meat market, sausages—fresh, dried, and smoked—were part of the repertoire. Now, nearly three hundred years later, Karl Jr. is using the same recipes to fill the cases at his shop and restaurant in Dallas. 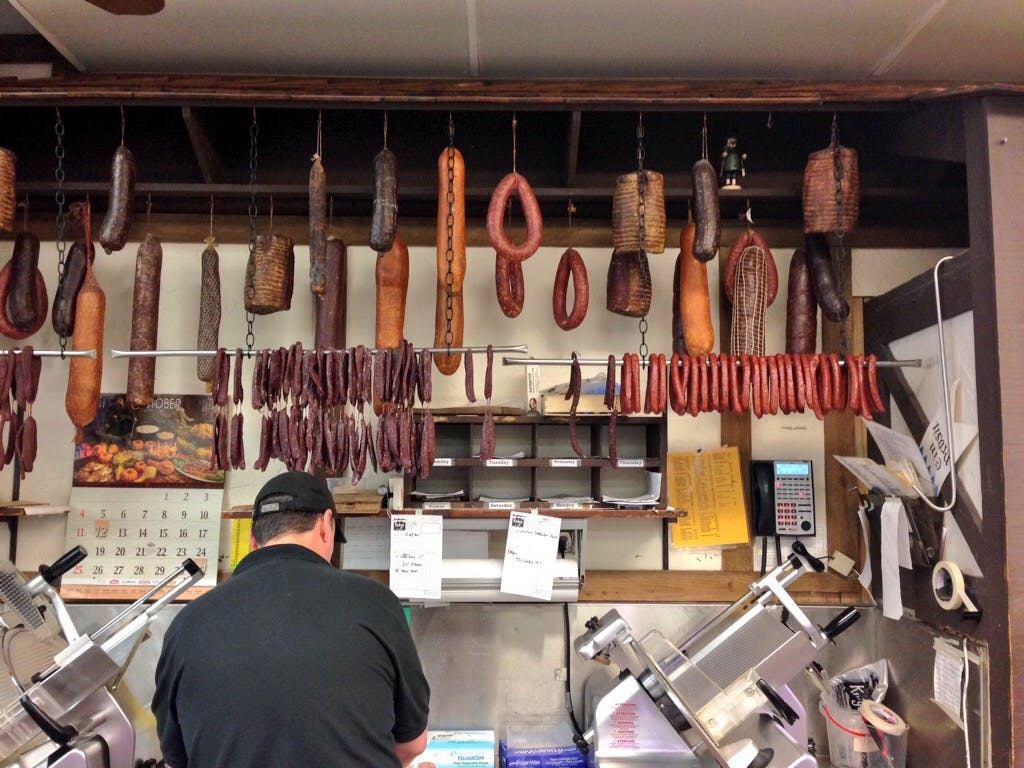 This staying power is due to a number of factors. Texas is one of the few states where sausage is a critical component of its barbecue culture. The Central Texas meat markets largely built their prepared foods businesses on smoked beef sausage, using recipes from Europe by Czech and German immigrants. Over the decades, we have come to revere the ring-shaped links that are iconic to Lockhart and Luling, two of our oldest barbecue meccas. And it’s not just Texans that have come to know and love hot guts: Kreuz Market ships theirs to affiliated barbecue joints across the country and Southside Market’s commercial operation puts their sausages in lots of supermarkets. It was the smoked sausage that helped many meat markets of yore become the barbecue legends of today, and as such, it remains a pillar of the “holy trinity” of most combo plates across the state.

The gradual transition that bore barbecue joints from meat markets was built on a foundation of sausage and other leftover cuts that found their way into a smoker. The rise in popularity of hot smoked sausages, pork ribs, and brisket kept many of those old meat markets in business when grocery stores became the center of fresh meat commerce. Most of those meat markets that never made the barbecue transition are gone forever, but Kuby’s stands as an example of one that has survived on selling raw meats and fresh sausages out of the chilled case. There are a few hot and ready-to-eat smoked items, but Kuby’s is by no means a barbecue joint. Instead, it’s a reminder of the role that places like Kreuz Market would have served in their small communities a century ago.

The Kubys’ lineage in Texas dates back to 1956 when Karl Sr. emigrated to the U. S. from Kaiserslautern. He and his wife Ria lived with his cousin in San Juan, Texas, for three years before moving to Dallas to work for Carl’s European Sausage Co. During his time there, Karl Sr. met a customer who owned a retail space in Snider Plaza and urged him to move into it. Karl did, opening Kuby’s Sausage House in 1961. It still sits on the same corner and has gradually taken over a few storefronts to the north. (According to Karl Jr., the first to move out was a tux shop next door after customers complained that their suits smelled like sausage.) 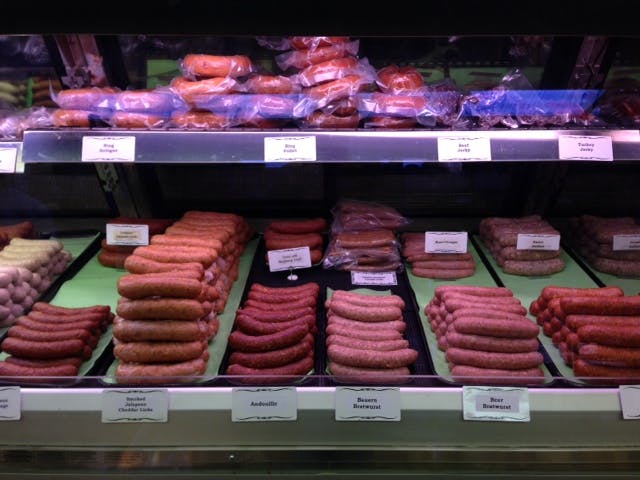 Karl Sr. primarily served fresh sausages, but he also offered a few smoked options, including several smoked sausages at the shop. As demand grew, he moved the entire sausage fabrication process off-site. It’s now done in an industrial district on Dallas’s west side in a facility that produces more than eighty items, a smorgasbord of varieties that fill Kuby’s impressive store-length case, including the standard hickory-smoked (reminiscent of the links at any Czech- or German-owned joint); a jalapeño-cheese sausage; and a more unusual venison adobo (I say unusual, but it’s not any crazier than the idea of a sausage filled with peppers and cheese was thirty years ago). 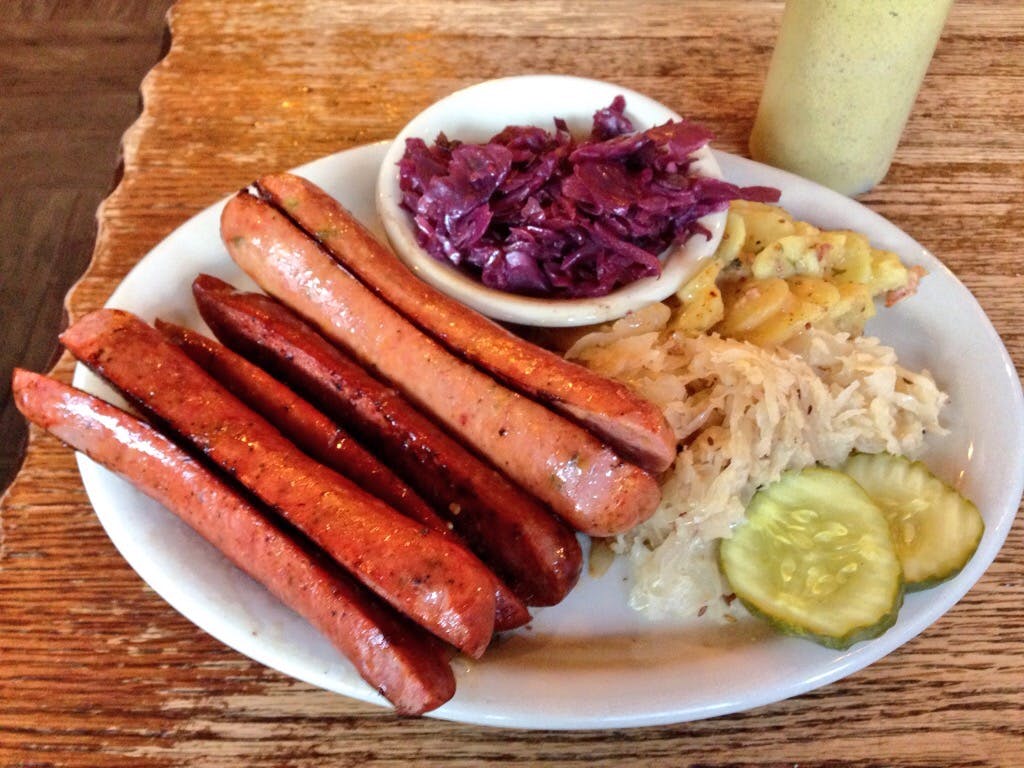 The smoked jalapeño-cheddar sausage, Kuby’s best-seller, experienced some fits and starts at the market. As Karl Kuby Jr. tells it, he got the idea to make the variety back in 1989, when a customer told him that he served Kuby’s summer sausage at parties with cheddar cheese and a slice of jalapeño on top. Karl Jr. thought it sounded good and decided to make a blend that incorporated all of the ingredients. “My dad, being an old school German, said I was going to ruin the sausage,” he said. He forged ahead anyway, but the first batch was a dud. He had dumped a can of pickled jalapeños in, brine and all, and, “It was mealy. It was a total waste. It wouldn’t bind.” He went back to Karl Sr. for advice, and he was told, “There’s more to making sausage than just throwing stuff together.” Vinegar, senior told junior, breaks the proteins down and keeps them from binding.

Karl Jr. improved the recipe, of course (it isn’t the best-seller by accident), but his dad still won’t eat it. Junior told me, “He wouldn’t even let me put ketchup in the restaurant when we first started serving breakfast.” Karl Sr. prefers the traditional Nurnberger sausage…with mustard.

The way Karl Jr. tells it, you can’t really blame his dad for being skeptical of his son’s crazy ideas. Junior had a reluctant start in the business. He first attended a pre-med program in college, but tired of it after two years. He wanted to either quit and work for the family, or change his major. But his dad wouldn’t let him come home, giving him a dose of tough love by saying he’d be on his own if he veered from pre-med.

Two years later, Karl Jr. graduated with a degree in economics and finance, but he didn’t find a job right away. He recalls that two months after graduation, “I came home after a long night. At 4:00 in the morning my light switch came on. My dad was standing there and said ‘It’s time to go to work.’ I said ‘I don’t have a job,’ and he told me ‘You do now.’” Karl Jr. was in the meat business.

It worked out well. Karl Jr. runs the place now, but I had to ask how the transition went. “Dad quit asking a lot of questions about ten years ago, but he still comes in four days a week,” Karl Jr. says with a laugh. And the jalapeño-cheese sausage? Well, it keeps selling.

(Quick aside: our conversation made me wonder when jalapeño-sausage, which is now found all over the state, first come into popularity. The first ads I could find for it were for a version from Bryan Sausage Co. in 1987, just two years before Kuby’s started making it. They make more jalapeño-cheese links at the legendary Kreuz Market than they do the original beef links, but they only started making them in 2002. It seems Karl Jr. needs some credit for his sausage innovation even if he didn’t invent the jalapeño-sausage link.)

While Kreuz Market gave up on the fresh meat business long ago, Kuby’s was never meant to be on that path. “All the recipes we’ve got have all been handed down,” Kuby Jr. tells me, and he is their current steward. Even the spice mixes have German roots. The First Spice Company made all the spice packs for the family business in Germany, but the company moved to the U.S. in 1940. When Karl Sr. opened his shop in Dallas, he sought out the New York-based spice company, which still had the Kuby spice mix recipes on record. 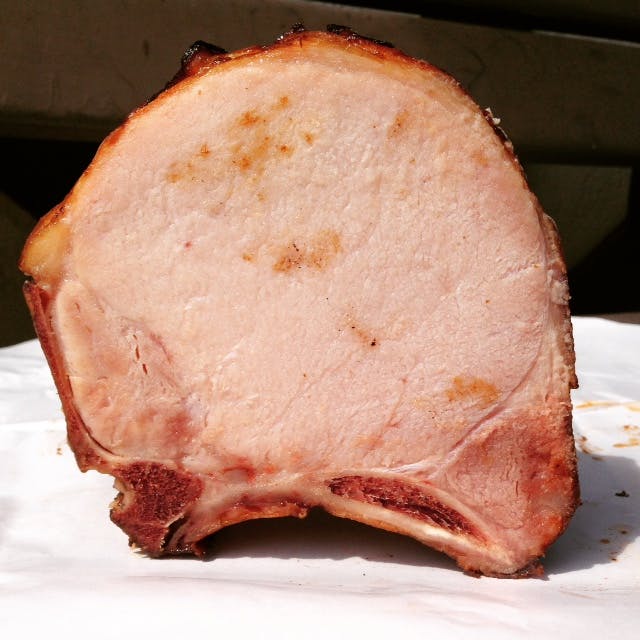 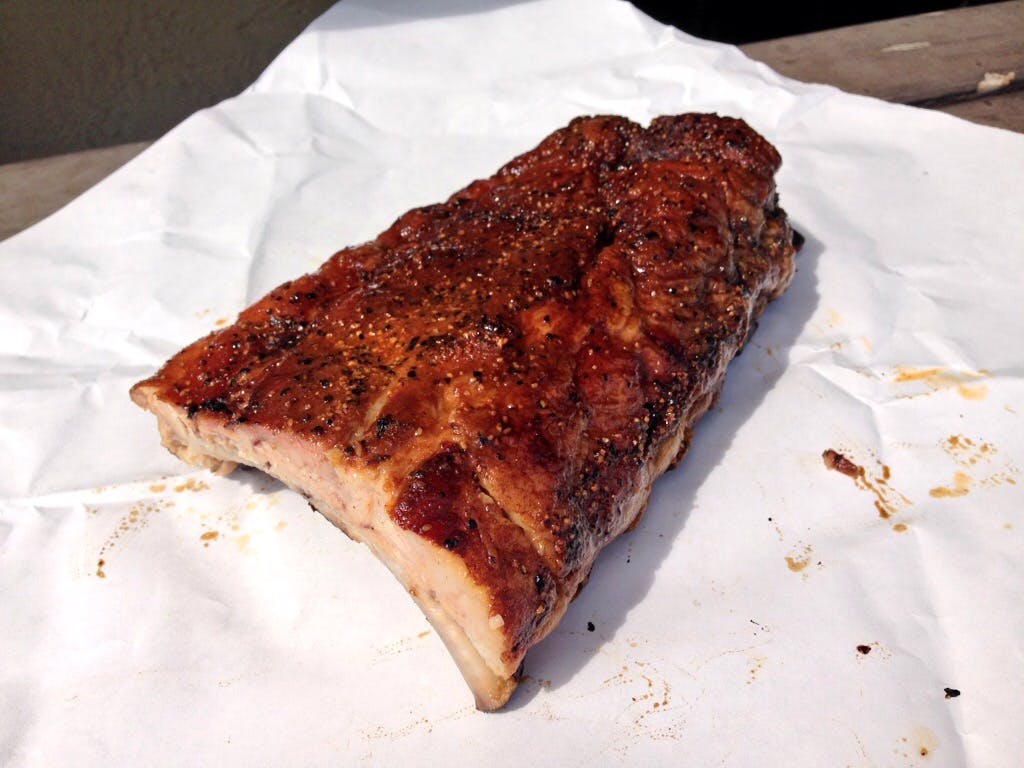 And though fresh meats prevail at Kuby’s, there are other smoked versions too: pork chops, baby back ribs, and chicken are all smoked in a modern, electric cabinet smoker back in the kitchen. They’re displayed whole, cut to order, and sold by the pound—just like they do in Lockhart. 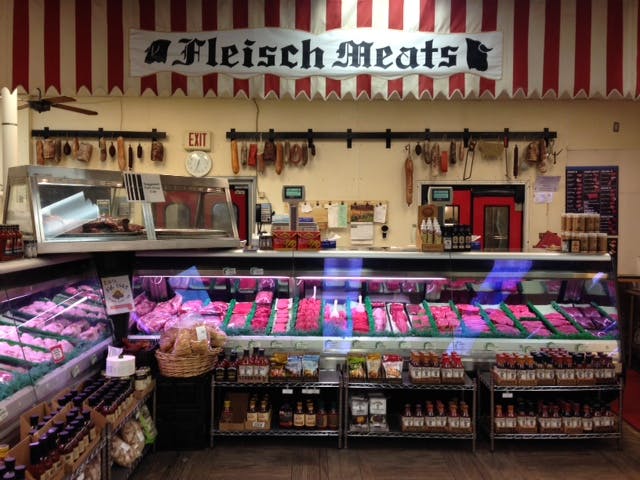