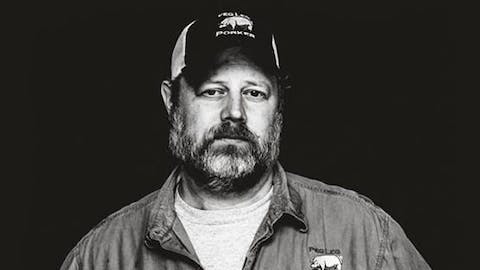 This is a note from pitmaster Carey Bringle. It is copied in its entirety, with his permission, from the Facebook page of Peg Leg Porker. And to those who will surely point it out, I do realize he is talking to me too, but it’s an important message. Enjoy.

To All the Armchair BBQ Critics:

There has been a major buzz around the state and across the country in the last few days about Travel + Leisure magazine naming Nashville as the #1 BBQ city in America. I was taken aback myself but also flattered. I was mentioned in the article. It is an honor. What you all need to remember is that this is one magazine’s opinion. There are dozens if not hundreds of “Best BBQ” lists out there and this is just one. BBQ tastes are subjective, not absolute.

The comments that have accompanied that article are disturbing to say the least. I love the one’s that say that I don’t know anything about Memphis or Memphis BBQ. You see, my family settled in Covington, TN in 1827. They owned the cotton gin there and then my grandfather settled in Memphis as an OB/GYN after WWII. He delivered about half the children in that great city. My great grandfather on my grandmother’s side of the family was E.L. Bruce. He owned the largest hardwood flooring company in, you guessed it, Memphis. My mother and father both went to Central High School and I spent quite a bit of my youth in Memphis even though I grew up in Nashville. After college, I lived and worked in Memphis for three years. My uncle competed in Memphis in May #1 and I have competed in it for 25 years. During college, my grandmother cut out and sent me every article published in The Commercial Appeal or Memphis Magazine about BBQ.

My favorite BBQ places were in West Tennessee, in Moscow, Mason, Lexington and Memphis. The Rendezvous invented the Dry rib and it is actually Greek in origin. The atmosphere alone is worth the trip. Bozo’s in Mason has a hell of a sandwich. My earliest memory of BBQ was a Lewis’s store in Moscow where they had silver dollars in the floor. I would go with my grandmother and my granddad delivered the owners’ children.

I have had a lot of different Q over the years. I like it in Tennessee, Texas, North Carolina, South Carolina, Kansas City, St. Louis, Chicago, New York, Kentucky and most other places I have tried it. I don’t care how it’s cooked, what type of wood or if you use a commercial smoker, what matters is the end product.

You know, I didn’t even see a brisket until I was probably 21 but I just got back from cooking with a good friend down in Texas and had some incredible beef and lamb brisket. No less BBQ than we cook here in Tennessee, just different.

I appreciate your enthusiasm but some of you are just outright rude, mean and terribly ignorant. Don’t worry, I can take it. As a pitmaster of over 30 years, I have pretty thick skin. The only thing that you all are really doing is making your city or state look bad when you make hateful or uneducated remarks. You see for those of us that cook BBQ for a living, it is not a competition between pitmasters or restaurants; in fact, most of us are friends. We respect the differences and uniqueness of our particular region or style and those of our peers.

BBQ is family and it is something that should bring people together, not tear them apart. I often have drinks or cook with my fellow pitmsters from around the city, across the state and across the country. We share stories, advice and techniques. Why wouldn’t we. There is room for everyone at this table. It’s like my friend Jack Cawthon here in Nashville says, “as long as they aren’t making bad BBQ, it’s good for all of us”.

My point is this, unless you invented fire, you didn’t invent BBQ. It doesn’t belong to your city. You are not the undisputed keeper of the flame. Pitmasters can be white, black, yellow, green or red. They can come from any region, city or state. They can cook on custom rigs, commercial smokers or brick pits. They can cook low and slow or hot and fast. What they do need is an undisputed love of Q and the dedication to cook it over and over and over and over again, always striving for the best that they can do. It’s the end product that matters.

RELAX, we are not curing cancer, it’s BBQ. Now let’s all sit down at the table together and enjoy some great BBQ.