Four years ago, Davetta Greene bought a used barbecue pit for $40. It was a gift for her husband, Kendon. After fried pork chops caused two separate fires in their home kitchen, she thought it was time he moved his cooking outside. He didn’t take to the pitmaster role immediately. “It was horrible,” he told me as Davetta nodded with a grin. “It just looked wrong,” she added. Undaunted, Kendon traded up to a larger smoker. When Davetta saw the new purchase, all she could think about was how much more bad barbecue he could churn out with the bigger pit.

Then Kendon met Aaron Franklin, or at least found Aaron’s BBQ with Franklin videos. The injections of apple juice he’d used fruitlessly after watching too many episodes of BBQ Pitmasters gave way to a simpler style of cooking. Kendon developed a rub recipe, and honed his smoking skills. Demand grew across the neighborhood. Backyard barbecue sales were followed by a less than legal food truck in a Walmart parking lot. Kendon remembers the long lines that started forming before the Whataburger in the same strip center reported them. But at this point, it was obvious to the Greenes they were on to something. This past May, Top 5 BBQ opened its doors in DeSoto, becoming a much-needed barbecue joint in an area that has too little of the good stuff.

“It’s a smoking good day!” are the words that greet every customer as they walk through the door. If you’ve visited Gates Bar-B-Q in Kansas City and remember the cashiers yelling “Hi, may I help you?” it’s kinda like that. Except at Top 5, it sounds like a friendly welcome instead of an impatient plea. Follow the smoke, past the register, to the cutting block in the back. From there you’ll see the rotisserie from Cadillac Cookers. When the smoker doors are open, it doesn’t take long before you smell the pecan and oak smoke. 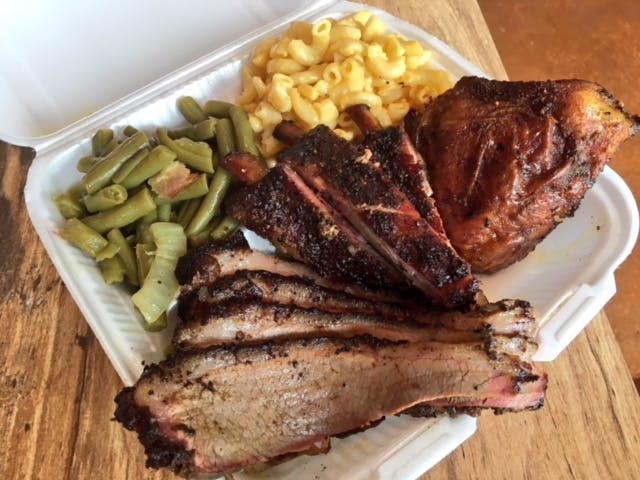 Foil-wrapped Prime briskets emerge from a warmer. As the foil is peeled away, the black bark of a well-smoked brisket emerges. Get it by the slice. The fat cap on the lean side melds with the smoke, and a powerful rub that includes turmeric, cumin, and curry powder keeps things more interesting than just salt and pepper. The same goes for the enormous beef short ribs, the cut that Jay-Z prefers. Yes, you read that right. The Greenes fed him and Beyoncé while the couple was in town for a concert. “When I saw him, he had just finished a beef rib,” Kendon told me, who was starstruck. The Greenes didn’t get to meet Queen Bey, but word is that she dug into the smoked chicken stuffed potato. I tried them both, but I’ve got to side with Jay-Z. The beef rib was spectacular. 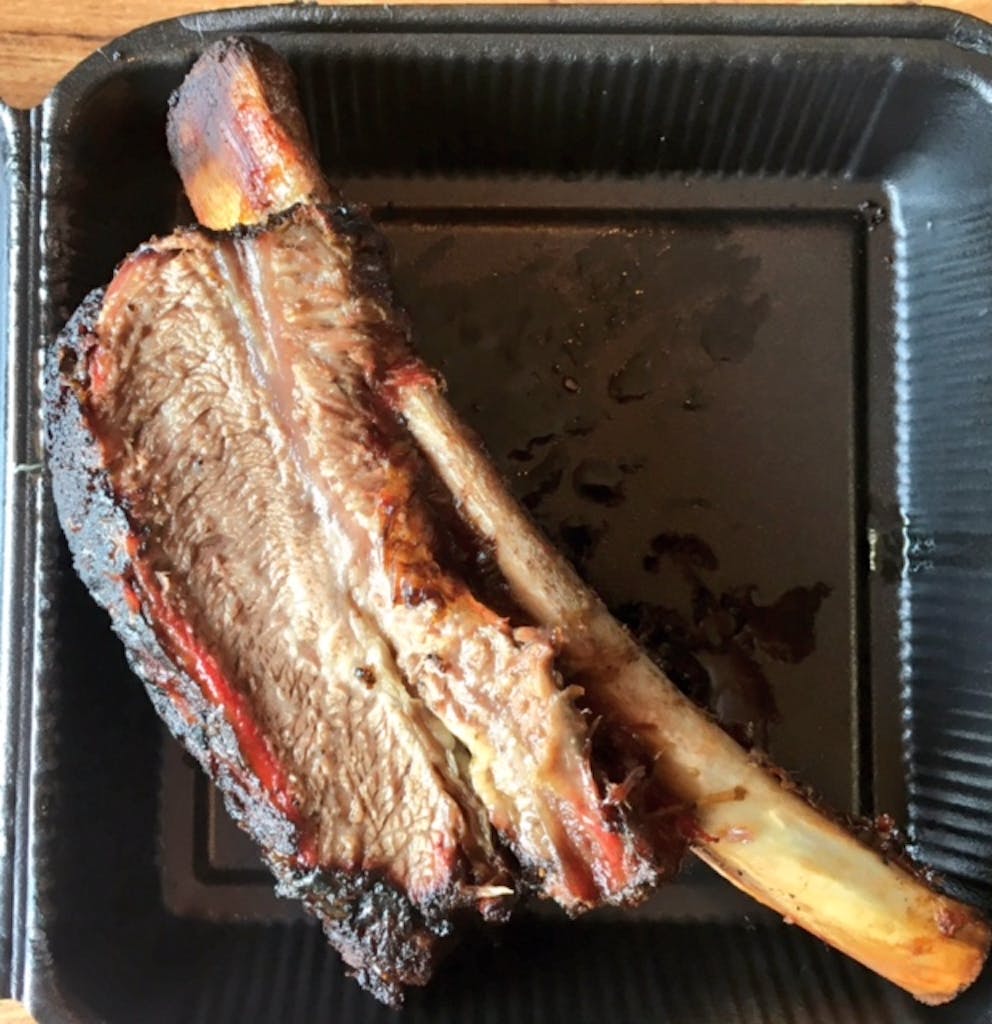 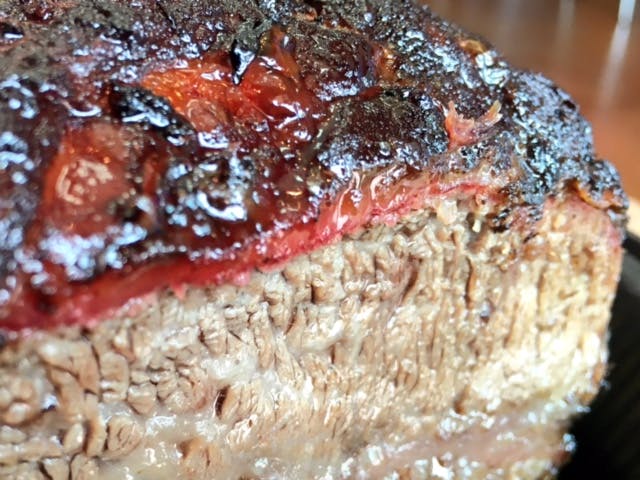 I devoured the stuffed potato too. Loaded with all the usual fixins and some sliced jalapeños, it was a daunting behemoth—and a steal at $8. The nachos are another good deal. Chopped brisket was scattered liberally over house-fried corn chips. It was topped similar to the potato, but also included freshly sautéed green peppers. The heft of the chips stood up to the heavy toppings, and the rub sprinkled onto each chip made them addictive.

With touches like the house-made chips and the excellent, from-scratch peach cobbler, some of the sides seem out of place. Green beans and barbecue beans from a can don’t seem to belong. The greens are a better option, but could really use a boost. The mac needs more cheese, but there’s plenty to like about the house-made potato salad with a hint of sweetness.

A good balance of rub and smoke covered the tender pork ribs. They were juicier than the chicken, which Greene admits is the hardest meat to hold. He’s thinking about switching to turkey breasts for smoking. It’s just one of the challenges of starting a new business, especially one that was unexpected even to the Greenes. The name Top 5 came from their original concept to serve five popular American foods: Pizza, nachos, burgers, hot dogs, and fried chicken. The barbecue trailer was just seen as a way to save up for the concept (“Yeah, it was kinda weird,” Davetta agrees). Then they got hooked on barbecue, added those all-important three letters to the name, and now there’s no looking back.

“I never imagined he would be doing anything with cooking,” Davetta confided about her husband. He may have begun as an unlikely pitmaster, but he caught on fast. Instead of rushing to serve me a beef rib during my second visit, Kendon kept me waiting when they weren’t quite done. After they came off the smoker, he insisted on a resting period too. My patience—for both the ribs and top-notch barbecue in DeSoto—was rewarded.