Smoked turkey is about to get expensive. An outbreak of avian flu that started back in March has decimated the turkey flocks in the US, especially in Minnesota. The state is the largest turkey producer, and they lost 10% of their yearly stock due to the outbreak. That has caused a ripple throughout the turkey market, and some barbecue joints in Texas are already feeling it. The rest of them with turkey on their menu will notice before long.

Earlier this month, Stephen Joseph of Riverport Bar-B-Q had trouble getting turkey at all. His supplier was all out, so he had to switch from Butterball to Perdue. That meant a price hike from $3.00 per pound to $3.81. Russell Roegels at Roegels Barbecue Co. in Houston is paying $3.75 compared to $3.08 a few weeks ago. And it’s about to get worse.

“We’re all going to have the same problem,” Jack Perkins of the Slow Bone in Dallas told me. He’s not expecting to be able to honor all the potential orders for smoked whole turkeys come Thanksgiving. “We’re trying to stockpile some and freeze them.” As for the restaurant, they had to take it off the menu until they can get their preferred turkey again. Even when they can get it, Perkins says “we’ve been paying more for our boneless turkey breast than we pay for brisket.”

From a local wholesaler, I’ve learned that turkey breasts will likely get up above $5.00 per pound very soon. That’s remarkable for meat that first went above $3.00 just last April.

The affected turkey farms are just now starting to restock their flocks, but it’ll take a while to bounce back. Some expect the cost for that Thanksgiving turkey could be up almost 20% from last year. More worrisome is that a fresh outbreak of the avian flu could occur if the migratory birds who carry the disease spread it to domestic flocks this fall. You might just want to get that Thanksgiving bird in the freezer now. 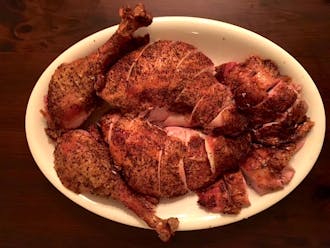 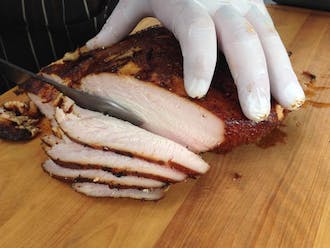 The Best Turkey in Texas 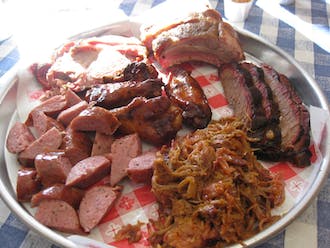 Turkey, TX, Gets Another Offer to Rename Itself