I have a GUEST REVIEWER from the Lubbock area. I met Marshall Scott over a plate of brisket at Pecan Lodge. He’s been searching all over the Panhandle and West Texas for decent smoked meats with little success until landing on Tyler’s in Amarillo. I asked if he’d write a review for the blog since I missed it on my trip up that way, so here it is.

Located on I-40 down the road from the Cadillac Ranch and across the street from a Travelodge mentioned in Frommer’s guide to Texas, it isn’t uncommon to hear an unusual accent in Tyler’s Barbeque. Within months of opening, Tyler’s was recognized for having the best ribs and best barbecue in Amarillo. After celebrating two years of being in business, Tyler is still looking for perfection and letting his customers know they have to return until he finds it. 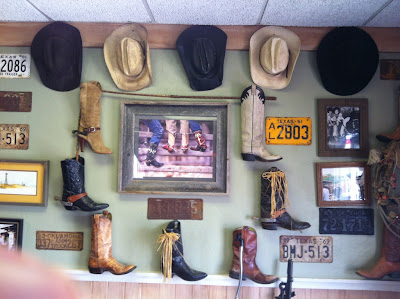 The restaurant is an old Long John Silvers building, yet a deep fryer and refrigerator aren’t to be found. A welcome change from most BBQ joints in the panhandle is having the proprietor serve his customers, and not having all the meat pre-cut. In order to do a true “Full Custom Gospel BBQ Review” I ordered a half pound of brisket, a half pound of peppercorn sausage, and four ribs. My girlfriend also insisted on ordering Tyler’s potato salad because it isn’t “slimy” like store-bought potato salad. 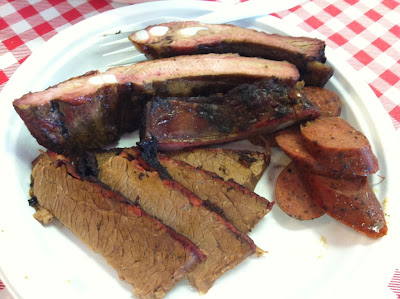 The peppercorn sausage isn’t made in house, but is also different from any commercial sausage I have ever had. It is lightly infused with West Texas mesquite, and is a must order at Tyler’s. The pork ribs were the best part of this meal. They had a nice pink ring and a strong mesquite flavor. They weren’t your cliché fall-off-the-bone ribs; they were simply pulled off at the right time. The ribs were lightly covered with an assortment of different spices that included black pepper, red pepper, and sugar. The best aspect about Tyler’s ribs is that if he has leftovers he sends them to the children’s home of Amarillo. 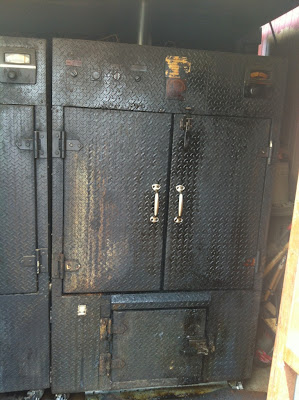 The brisket, when it was out on the counter ready to be cut, looked as good as any in Central Texas. The brisket had a traditional rub with salt, pepper, and cayenne pepper. There was a small smoke ring, which is understandable due to the lack of humidity (only 20% on the day I ate there). The only improvements I would suggest are thicker slices, and the option of fatty or lean slices of beef. I am not a big fan of sides anywhere (pure carnivore), but the potato salad is worth a try. I enjoy the peach cobbler, and I have unfortunately never been able to eat the green chili mac and cheese because it is always sold out. –MARSHALL SCOTT

I’m letting Marshall’s rating stand for now until I get up there myself. If you want more of his opinions be sure to follow him @WestTX_BBQ.