It’s not extinct, but the Hill Country style of barbecue certainly belongs on the endangered list. Sometimes called the West Texas style, this method of cooking directly over coals–once pervasive–is seen less frequently. Compounding the problem, it appears fewer and fewer people are bothering to learn or carry on the craft.

Unlike its Central Texas cousin, the Hill Country style of barbecue doesn’t employ the steel offset smoker made so popular by most joints in Lockhart, Luling, Taylor, and now Austin. Rather, Hill Country style requires two fires: 1) a raging inferno inside the iconic steel barrels that are the symbol of Hill Country cooking to develop the hot mesquite (or oak) coals that pitmasters harvest with long-handled shovels and 2) the bed of embers on the floor of rectangular steel pits where the meat is cooked. 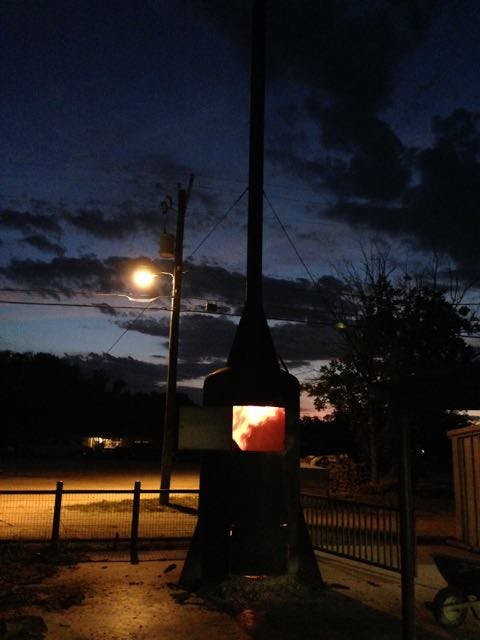 The meat’s smoky flavor doesn’t come from the hardwood–that smoke disappears as the wood becomes hot coals in the burn barrel, a.k.a  “the feeder fire”–but from the vaporization of fat and juices dripping from the meat into the fire. I like to say that instead of smoking the meat with wood smoke, the Hill Country style of barbecue smokes with fat smoke. The recent tome of all things cooking, Modernist Cuisine, describes this process in detail:

Dribbles of juice laden with sugars, proteins and oils fall into the hot coals and burst into smoke and flame. By catalyzing myriad chemical reactions, the intense heat forges these charred juices into molecules that convey the aromas of grilling food. These new molecules literally go up in smoke, coating the food with the unmistakable flavor of grilled food.

And that flavor is absolutely unique from meat prepared in an offset smoker. Don’t believe me? Well, if you’d like to do a taste test of the different styles, drive out to Snow’s BBQ, in Lexington. Owner Kerry Bexley smokes briskets in an offset cooker while everything else goes directly over oak coals on what Bexley calls his “box pits.” (He built them, so he gets to name them, but I’ve also heard them called roasting pits and even German or Dutch pits, although I’ve never found anyone who’s been able to tell me why.)

Just like with grilling, these pits work great for thinner cuts like pork ribs, pork chops, and sausage, and–my favorite–pork steaks. Whereas a whole pork shoulder needs the low and slow heat from an offset smoker to get tender, inch-thick steaks work great over the high heat of wood coals. Snow’s BBQ makes one of my favorites. The biggest I’ve found was at Double G’s Pit Stop in San Saba, and there’s also a great version to be found at Kolacny Bar-B-Q in Halletsville. I wrote about that joint a few weeks ago, and I was mentioned in my review, the Kolacnys also cook their briskets over high, direct heat. The meat’s tough texture–my one, ahem, beef with the place–tells you why many choose indirect heat for this thick cut.

Yes, I know I just named two places that are in Central Texas as exemplars of Hill Country style-barbecue, which is more prevalent in places west of Austin and north of Texas Highway 90. For a taste test in the honest-to-goodness Hill Country, try Bill’s Bar-B-Que in Kerrville where, like Snow’s, briskets are cooked using indirect-heat and other cuts are prepared over direct-heat pits. Or go to Cooper’s Bar-B-Que, the original in Mason, where all the meat goes over direct heat, and the smoke from the pits washes over the road out front when the wind is right. You’ll find that same smoke coming from the pits on display out in front of the other Cooper’s, thirty miles east in Llano.

As has been documented many times before, there’s no relation between the businesses any longer; there’s also not much similar in their cooking style either. Cooper’s Old Time Pit Bar-B-Que in Llano was once the most prominent torchbearer of Hill Country-style cooking. Their imposing twin burn barrels were often the subject of photographers, as were the piles of mesquite wood that they burned to coals for their steel pits. Nowadays, the big burn barrels are gone, mesquite wood has been replaced with bags of charcoal, and most of the meats are cooked in rotisseries behind the building. They still cook their famous cabrito on the pits out front. It’s my favorite cut there, but it sells out fast.

If Cooper’s was once the king of Hill Country-style, Hard Eight BBQ was the prince. But like Cooper’s, Hard Eight has taken a hard turn away from the style. The burn barrels at all three locations still flame with mesquite wood, but only the brisket ever sees the inside of the steel smokers. Everything else is cooked in Southern Pride rotisseries. It’s a testament to the difficulty, and more importantly the close attention required for cooking directly over wood coals. You can’t turn your back on those pits, which is why Dutch pits are being traded in for rotisseries.

While Central Texas-style barbecue is booming all over the state, and offset smokers are being shipped all over the country, direct-heat cooking is a dying art. At joints in our Top 50, like Big Boy’s Bar-B-Que in Sweetwater and Mumphord’s in Victoria, it was passed down from the previous generation. Almost as a time capsule, the method is still used by community barbecues across the state, like the one every Father’s Day in Millheim or on St. Louis Day in Castroville.

Vats of mop sauce can be found at all these events community barbecue events. Instead of just a rub, these mop spaces add flavor and much-needed moisture that gets lost out of the meat more quickly when subjected to the higher direct heat. You’ll find a similar, if a bit smaller mop bucket back by the pits at Snow’s and Southside BBQ in Cherokee. They’re thin mixtures of vinegar, water, and often lemons, onions, and a little Worcestershire sauce.

Seeing an active burn barrel outside a barbecue joint is always exciting because it’s also so rare. Pulling up next to one at the Castell Store seems like an important find (they excel at chicken, beef ribs, and corn on the cob), as does eating the stellar pork steak at Double G Pit Stop, in San Saba. A few slices of turkey breast at Ronnie’s, in Johnson City, remain some of the best I can remember. All of this is to say that great meat can be pulled from direct-heat pits, a primary reason we need to preserve and revere this method of cooking. It’s just as crucial to our barbecue identity as offset smokers and pink butcher paper, so get out to the Hill Country and eat some barbecue. Otherwise, it’ll all go the way of the gas-rotisserie. And we’ll always have Kansas City for that kind of barbecue.

MAP: Where to find great barbecue joints who use direct heat cooking. Let me know if I missed your favorite. 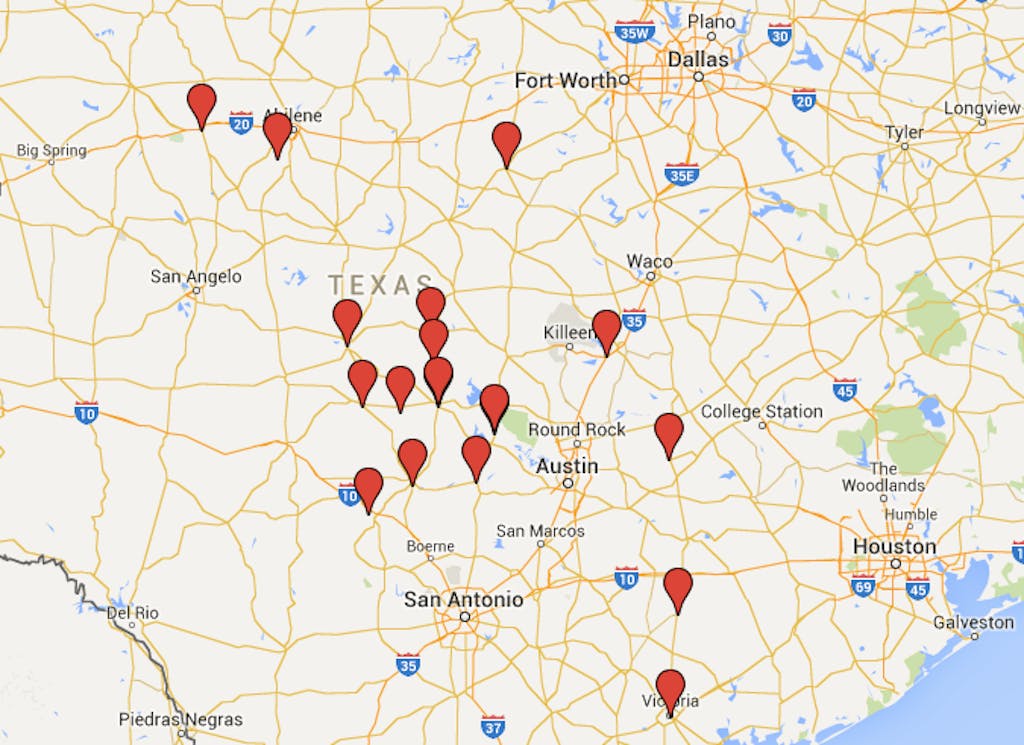