The World’s Championship Bar-B-Que was held at the Houston Livestock Show & Rodeo this past Saturday, and a new world champion was crowned. Last week, I wrote about those competitors in the Champion’s Circle, but none of them took home the top prize. It was Kerry Fellows’s Across the Track team who left as the grand champion.

Fellows is no stranger to the awards ceremony in Houston. His ribs won him first place in 2013. He fell to 49th last year, but it was team chicken cook Doug Scheiding that brought them back to the top this year.

Chicken has been the recent key to success in at the HLSR. Jamie Geer won last year with chicken and expected an uptick in chicken entries in 2015 because of it. The uptick was minor (92 teams this year versus 89 in 2014), but we’ll see what happens next year when the competitors remember that chicken took spots 1, 2, and 3 in 2015.

Here are a few other notable finishers (list of top 100): 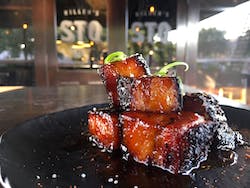 Steak and Barbecue at Killen’s STQ 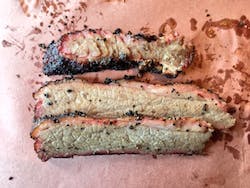 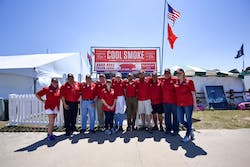