Sometimes all it takes to seduce me into a high-mileage gamble on a barbecue joint are a few meat photos on Facebook. Unless you’re taking the circuitous route to nearby Wichita Falls, Windthorst, Texas isn’t really on the way to anywhere. But a mere five-hour round trip from home isn’t a bad investment for a true hidden gem, and I was betting on Zeke’s BBQ.

Chris Pettyjohn’s path to becoming a barbecue joint owner was also roundabout. He is a native of Windthorst, population 464, but headed off to Lubbock for a degree in exercise and sports science. He found his wife, Shaunci, there, but not a future career, so they came back to Windthorst and Pettyjohn worked at Home Depot. Pettyjohn’s uncle ran the local barbecue joint, Big Rusty’s BBQ, but wanted out. He asked Pettyjohn to buy it last year. Now Pettyjohn and Shaunci run the place, which they renamed after their dog. The family recently lost Zeke, but he’d be proud of his namesake. 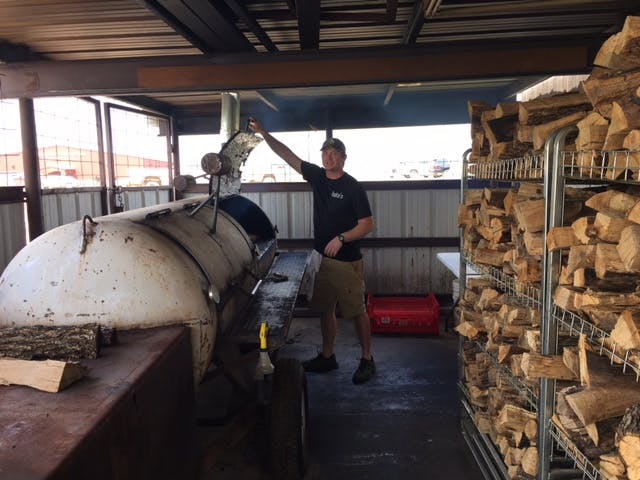 Although the beige building isn’t all that big, it’s hard to miss along the curve in Highway 281 right in the middle of town. Coming from north or south, you’ll see the dairy farms that Windthorst is known for, and you might also notice the sign for Windthorst Sausage. Try the smoked version at Zeke’s, and you’ll find a good reason to remember the town. Pettyjohn buys it raw from the local meat market and smokes it with oak until it’s plump and juicy. 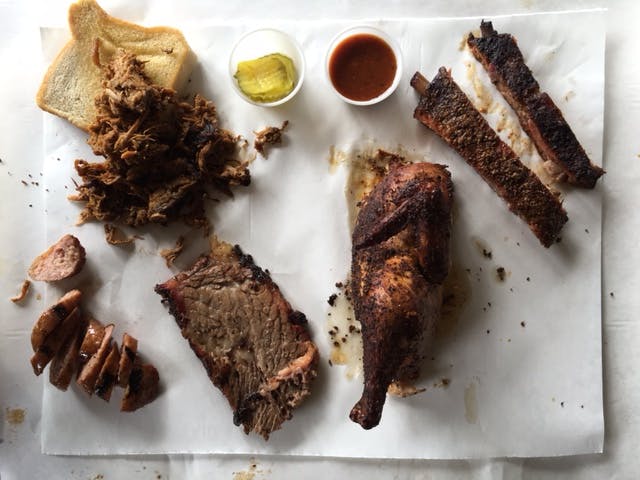 Gertrude, Pettyjohn’s pit, was built by a local welder, and the owner beamed with pride as he showed it off. It’s the workhorse of the business, and it is rarely empty. Zeke’s only goes through five or six briskets a day, but there’s plenty more on the menu, such as the peppery pork ribs with just enough chew left on them. Dare I say it, they’re even better after a squirt of Zeke’s spicy sauce. 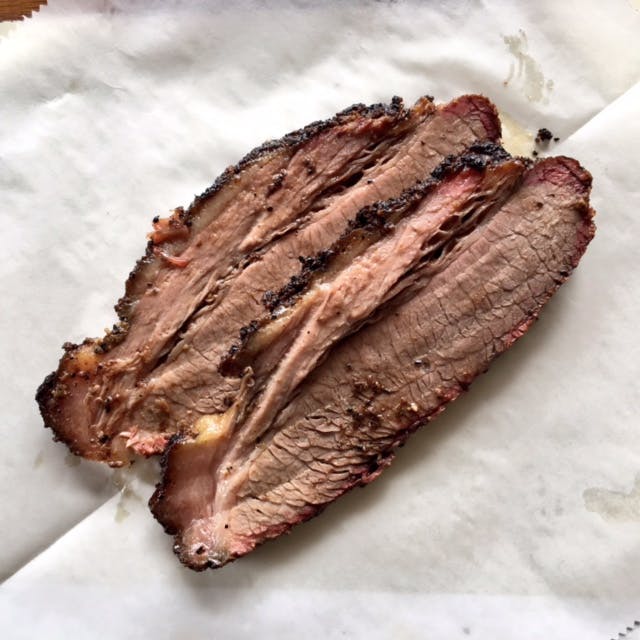 Pettyjohn isn’t sourcing any fancy brisket. He smokes Select grade and does his best with beef that’s inherently leaner. The fatty side of the brisket still has plenty of juiciness, but he also does well with the lean beef from the flat. He takes good care to trim the fat down, so whatever’s left is just the amount I want to eat. The fat provides the moisture that might be missing otherwise, and helps carry the smokiness. It’s no surprise that this brisket makes a remarkably good chopped beef sandwich. 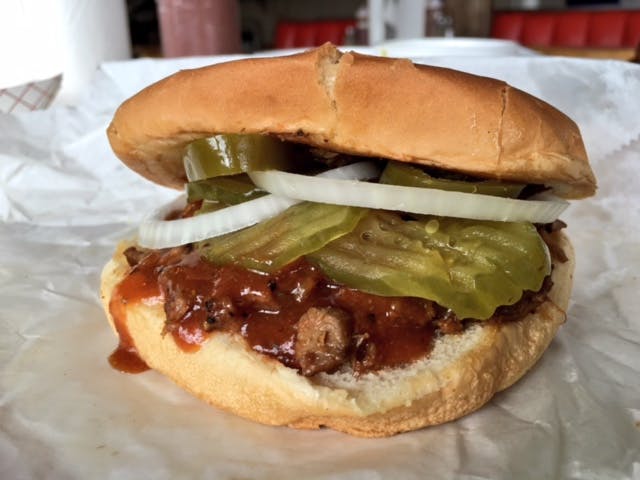 The smoked half chicken is juicy, but they could save plenty on rub costs if they didn’t coat it so heavily. The pulled pork was admirable: smoky, juicy, and with just a hint of sauce. It would also make a fine sandwich. 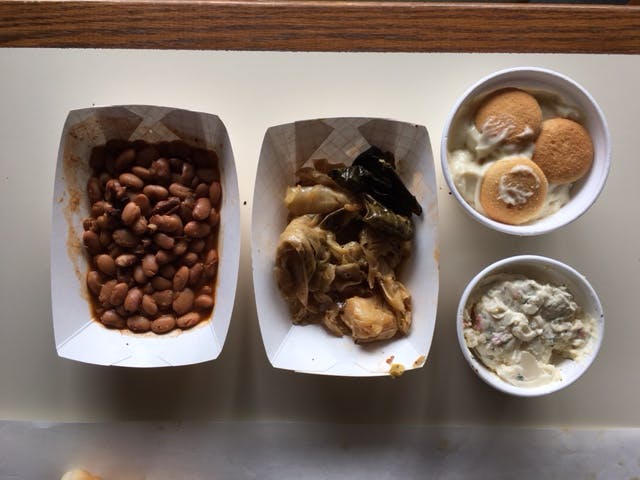 There’s a lot to like about the sides too. The satisfying beans stew all day in a big help-yourself pot. A standard potato salad gets a boost from a sprinkling of parsley, and there’s a hint of lemon in the banana pudding to keep it from browning. The acid is a welcome counter to the rich, creamy pudding. There’s a standard slaw, but in the cabbage department I’d stick with the version that comes out of the smoker. It’s something special, and pairs perfectly with the smoked sausage.

“Every morning the pit’s full,” Pettyjohn tells me. “When we run out, we run out.” With barbecue this good, that’s bound to happen earlier and more often as Zeke’s reputation grows. Because even in a town of less than 500 people, word of barbecue worth traveling for spreads fast.