This article originally appeared in the August 2018 issue with the headline “Meanwhile, in Texas.”
A semitrailer overturned and spilled its load of honeybees at a busy highway intersection in Paris.

The owners of a San Antonio cafe immediately closed up shop after they noticed a “ghost” on the cafe’s surveillance video, then reopened after a paranormal expert assured them the ghost was friendly.

At 1:35 a.m. on June 24, a rare weather phenomenon caused Breckenridge to briefly reach 99 degrees, making it the hottest spot in the Western Hemisphere.

New Braunfels police arrested a man for stealing more than a dozen beef briskets worth nearly $1,000 from H-E-B.

A water balloon fight at a rooftop pool party at a Dallas hotel turned into a gunfight when someone got angry about getting hit with a balloon; no injuries were reported.

A 75-year-old woman was arrested in Tornillo after allegedly crossing the border with seventeen pounds of heroin in her purse and her vehicle.

An African flamingo that escaped from a zoo in Kansas was spotted in Texas near Lavaca Bay.

After someone put up a billboard outside of Vega urging liberals to leave Texas, a GoFundMe campaign placed a billboard nearby that read “Texas is for everyone—not for bigotry.”

An autistic young Sherman woman was reunited with her pink-diaper-wearing emotional support pigeon, Geraldine, after it flew away a few days earlier while she was visiting Oklahoma City.

The Waco fire department took a 17-year-old to Firehouse Subs for a free meal after he rushed into a burning home and saved his sleeping neighbor.

A Corpus Christi man nearly died after he was bitten by the severed head of a rattlesnake. 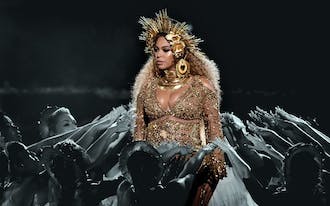 This Halloween, You Can Channel Beyoncé in Spooky Ways Through the Internet 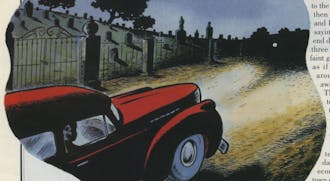