A: Arguments about regionalized vittles that have similar ingredients and the same general composition but vary slightly in specific construction are nothing new. Take the case of sub(marine)s versus hoagies versus heros versus grinders versus po’boys—or danger dogs, francheezies, and Texas Tommies.

Also not chiseled in stone are the rules about what exactly it is that makes a burrito a burrito and a taco a taco. Both are the result of the strong “Mex” influence found in Tex-Mex cuisine, and both come in all sorts of shapes and sizes. There are crunchy tacos, soft tacos, puffy tacos, big tacos, taquitos, and even bowl-shaped tacos, among others. As for burritos, there are big ones, like the bean-and-cheesers the Texanist enjoyed during long-ago lunches at the Taco Villa near Temple High, and then there are the little brown deep-fried specimens stuffed with various fillings, like the “World Famous” burritos found at the Allsup’s chain of convenience stores.

A special note from the Texanist: Speaking of Allsup’s, the iconic establishment’s founder, Lonnie Allsup, a Lubbock native, passed away in late January at the age of 84. He is survived by his wife of 67 years, Barbara, many family members, and legions of burrito eaters. Please join the Texanist in a moment of silence. And, if you’d like, a chimichanga.

Generally, the differences between breakfast burritos and breakfast tacos are fairly negligible, the most recognizable distinctions being that the former are constructed with larger tortillas (almost universally flour) and come with a more intricate build that fully encloses the ends. The latter, by contrast, are usually smaller, made with either flour or corn tortillas, and have a simple single-fold structure. Because he lives in Austin, the Texanist is most often an eater of breakfast tacos, but when he finds himself in breakfast burrito territory, he’s more than happy to partake.

Texas is a big place made up of diverse cultures and diverse peoples—with diverse appetites—from disparate locales, but at the end of the day, whether you and your Tex-Mex breakfast food of choice hail from Houston, Austin, San Antonio, Dallas, or Big Spring, we are all held together by the warm and fluffy tortilla of our shared Texanness. You are to be applauded for your open-minded and genial approach to the squabble in which you have been embroiled for the past four years, C. W. And you are absolutely right in your view that breakfast burritos and breakfast tacos are each just as indubitably Texan as the other. With that, the Texanist is happy to declare you the debate’s winner. Congratulations.

Have a question for the Texanist? He’s always available at [email protected]. Write to him there and be sure to tell him where you’re from.

A version of this is published in the April 2018 issue.

Trending in Being Texan 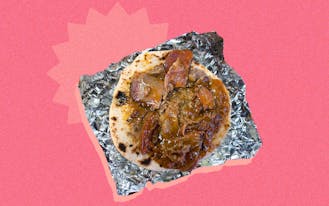 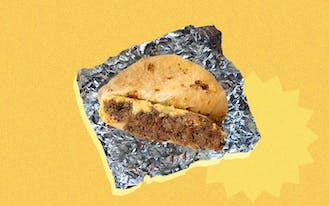 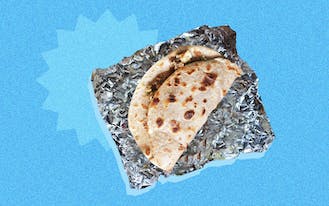