I’ve been listening to Selena’s music on and off since childhood, but embarrassingly I only learned of her duet with David Byrne this past December. The first time I heard it, I assumed it was a remix made after Selena’s death, but it turns out they worked on it together during her lifetime. (Byrne says it was the last thing Selena recorded before her death.) It’s kind of two songs, one sung by Byrne in English and the other sung by Selena in Spanish. There’s a prominent bass line and a worldly drum beat (this is a David Byrne song, after all), and their voices blend together perfectly, hers wrapping around his like silks on a body on a windy day. Beyond the joy of dancing to it, listening to “God’s Child (Baila Conmigo)” makes me even sadder that we missed out on decades of Selena’s music. If she was collaborating with a celebrated art rocker before her English language debut, what beautiful places would she have taken us had she been allowed to keep going? 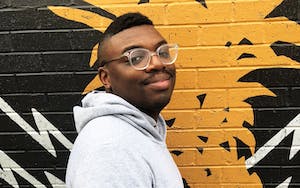 Bryan Washington may be from Houston, but his writing will strike a chord with anyone who defines themselves by where they’re from. In “Bayou Diaries,” his intermittent column for Catapult, he uses the backdrop of his beloved, ever-changing hometown to articulate questions that feel relevant for those far from the Bayou City. What does it mean to feel ownership over a changing place? How does the nostalgic image of home change as we grow up, and as our hometowns evolve without us? Does a neighborhood belong to its longstanding residents or to the newcomers reshaping it? I recommend starting with “What an American City Sounds Like,” which focuses on the unparalleled linguistic diversity of Houston. You’ll get hooked on Washington’s precise description and evocative sense of place—just in time for his upcoming book of short stories, Lot (March 19). 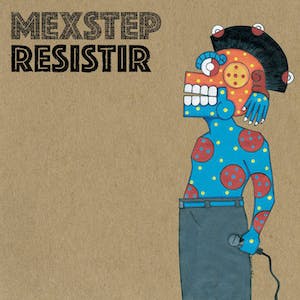 Years from now, San Antonio historians and music enthusiasts are going to pull out this record and interview Mexican Stepgrandfather about the Trump years. San Antonio’s favorite Mexican American Studies professor by day, rapper by night released his latest solo effort, “Resistir,” this past December—his first since 2010’s “Occupied State”—featuring his Third Root bandmates Easy Lee and DJ Chicken George along with a host of talent, from Adrian Quesada (Brownout, Black Pumas) and Beto Martinez (Grupo Fantasma) to Apaso and Chisme. It’s full of political rallying cries—and there’s a lot to say. My favorite track is “Clear,” which circles back to the chorus, “It was clear back then and it’s clear right now, it all comes together when you break things down.” 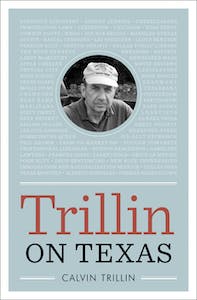 Trillin on Texas, by Calvin Trillin

The longtime New Yorker writer Calvin Trillin is a national treasure, a rare combination of bulldog reporter and wry, elegant stylist. Other journalists of Trillin’s generation like Tom Wolfe, Gay Talese, and Hunter S. Thompson were showier and more famous. For my money, Trillin, now 83 and still going strong, is better—funnier, more humane, more insightful. So it’s a rare treat that in 2011, the University of Texas Press published Trillin on Texas, a collection of his writing about our state, taken from the years 1970 to 2008. There’s a lot to like here: larger-than-life tales of the book dealer Johnny Jenkins and Jekyll-and-Hyde movie critics John Bloom and Joe Bob Briggs, micro-histories about cheerleaders and ethnic identity in Crystal City, and a mysterious load of cash intercepted in Waco. I should also note that the very first words of the very first story in the collection are “I approached Texas Monthly’s cover story on ‘The Top 50 BBQ Joints in Texas’ this summer the way a regular reader of People might approach that magazine’s annual ‘Sexiest Man Alive’ feature.” What’s not to love?

The sheer number of talented photographers I’m exposed to as photo editor at Texas Monthly made choosing one single recommendation nearly impossible, but I’d be doing a disservice if I didn’t offer up a follow to add some visual brilliance to your Instagram feeds. Nick Simonite is based out of Austin, but his geotags span the entire state. The Texas Monthly art team will often be discussing an upcoming assignment in West Texas and someone will say, “Let’s check Nick’s Instagram. I think he’s there right now?” When I’m stuck at my computer during a print deadline, nothing quite beats pulling up Nick’s feed and escaping into one of his breathtaking landscapes or encountering one of his captivating portraits. Whether in Texas or elsewhere, he has a special knack for capturing the beauty of the land and the people who live on it.