Q: I recently read a piece in your magazine about the swimming pool at Balmorhea State Park, which is indeed a natural wonder, not to mention a real blessing this time of year. Thank heavens it reopened in time for summer. I’m curious, though, across the entire state, what would you say is your absolute favorite spot in which to dip yourself when it’s hot out?

A: The Texanist read that piece, too. It was excellent; informative, entertaining and executed with a stylish élan that is so rare to find in these post-literate days.

Do you recall who wrote this small masterwork of outdoor portraiture? The Texanist grabbed his dogeared copy of the June issue of Texas Monthly to remind himself of the author’s identity, only to discover that—of course—it was none other than David Courtney, the Texanist’s real-life alter-ego. Courtney, you see, is a man of many talents and his bosses will sometimes have him remove his advice-giving garb and outfit himself with the duds of a hardnosed swimming hole correspondent. (There’s also been talk about Mr. Courtney entering a county fair pie-eating contest and then writing about the gut-busting experience, but so far he has been able to fend off his editor’s entreaties.) It’s a tough job, but, as they say, someone’s got to do it.

Back in 2006, for a feature that appeared in a special issue on lakes, that Courtney fellow was tasked with exploring Hippie Hollow, the legendary Austin-area clothing-optional county park located on the shores of Lake Travis. “I am not a nudist, naturist, or exhibitionist, but recently I spent a beautiful afternoon at Hippie Hollow Park, on Lake Travis, wearing nothing but swimming shoes and a smile,” read the opening line.

Then, in 2011, the Texanist tackled a question from a Brownsville mom about toplessness at Barton Springs Pool, also located in Austin. (Are you, like the Texanist, noticing an emerging theme with regard to what does and doesn’t count as acceptable swimming attire in and around the Capital City? Hmm.) The gist of the lady’s letter was that she was unhappy that her young children were exposed to the sight of a pair of women who were fully exposing their upper halves at the city-run pool, a popular swim spot that has, over the decades, earned a bit of a reputation for just such behavior. If the Texanist recalls, he had a good bit of fun with that one.

Alas, the gist of your letter calls for swimming hole recommendations, not suggestions for swimming holes where nudity or partial nudity is accepted. The Texanist apologizes for getting momentarily sidetracked.

So, which, among all of the wonderful spots across the state into which one can dip oneself, is the Texanist’s absolute favorite? Well, it’s not an easy question. Without a doubt, the Texanist would have to say that it would not be Hippie Hollow, since he has not returned to that site since that 2006 work trip. And though the Texanist is a resident of the City of the Violet Crown, as O. Henry once dubbed Austin, and a card-carrying season pass “member” of Barton Springs, he still can’t say, unequivocally, that it is his absolute favorite.

When one takes into account all of the outstanding swimming holes that we Texans are blessed with, well, it becomes a very difficult, if not impossible, task to pick a single, solitary one. Each of them are unique and offer slightly different experiences. And, really, why limit yourself?

So, here are not one, but ten, “Best Swimming Hole in Texas” contenders for you to consider, listed in no particular order. The Texanist wholeheartedly endorses each of them.

2. Balmorhea State Park, Toyahvale. The Far West Texas spring-fed gem, which, as you know, was closed for most of last year’s swim season before reopening in March and then briefly reclosing in April, has, thankfully, reopened once again.

3. Barton Springs Pool. Hang loose with the Austin hippies at this natural-bottom font.

4. Blue Hole Regional Park. Not the New Mexican Blue Hole mentioned in the Balmorhea piece you recently read. This Blue Hole is located on the spectacular cypress tree-lined Cypress Creek just outside the charming Hill Country hamlet of Wimberley.

5. Jacob’s Well. Also in Wimberley, Jacob’s Well is a cool artesian spring that gurgles forth from a picturesque fissure in the Hill Country limestone and constitutes the headwaters of the aforementioned Cypress Creek.

6. Fort Clark Springs, in Brackettville. Here, between Uvalde and Del Rio, is the third-largest spring-fed pool in Texas.

7. Hamilton Pool Preserve. Located about thirty miles west of Austin, the scenic spot on Hamilton Creek features a fifty-foot waterfall and is half-surrounded by a pretty great grotto. But be forewarned: it has gotten so crowded that you need a reservation to get in, and they can be quite tough to come by.

8. Devil’s Waterhole. Within the confines of Inks Lake State Park, outside of Burnet, find this remote inlet and then jump from its high(ish) cliffs.

9. Garner State Park. The main attractions at GSP, in Concan, are the perfectly chilly and crystal-clear waters of the Frio River—and, during the summer months, the nightly dances at the historic CCC pavilion.

10. Hancock Springs. The slightly sulfury-smelling waters here in Lampasas were at one time said to possess curative properties. They’re certainly a heat reliever.

Did the Texanist promise ten great swimming holes? Well, here’s one more for you to consider.

11. Hippie Hollow. If you dare, hang out with the Austin hippies at the only clothing-optional park in Texas. Just because the Texanist decided that parading around in the altogether wasn’t his thing doesn’t mean you can’t have a good time disposing of your hang-ups—and your garments—in one fell swoop.

When the mercury has risen and the sweltering summer heat has become as bearable as a blast furnace, which is to say totally unbearable, the Texanist can tell you with absolute certainty that he would dive into any one of these oases. (Though it’s going to have to be pretty darn hot for him to make a return trip to Hippie Hollow.) 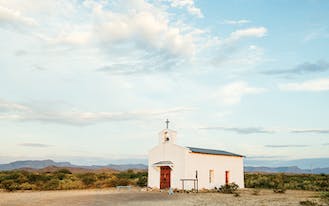