The Texanist: Can a Really Hot Pepper Burn the Tongue Right Out of My Mouth?

Q: I recently drove down from Iowa to see my daughter in Austin, and during my visit I couldn’t understand why Texas has so many highway overpasses and why they were built so insanely high off the ground. We made a trip to Lockhart and on the way home we connected from Texas 130 to Texas 45 on an overpass in the middle of nowhere that seemed to be nearly 100 feet tall. Why not just build highways on the ground? And when you do need to build an overpass, why does it need to be so high in the air?

A: The Texanist, as he has noted in this space on numerous occasions, is an enthusiastic motorist. And as such, as he has also noted in this space, he counts himself lucky to live in the one state in the Union blessed with more miles of roadway than any other. Here, a person can drive and drive and drive to their heart’s content. The Texanist is jealous of your recent road trip.

A blacktop network such as the one that crisscrosses Texas creates numerous intersections. And where two or more roads meet, something has to be done, lest disaster ensue. Among the junctional techniques that are more ambitious than a simple, momentum-stifling four-way stop are a dizzying number of designs. There’s the classic cloverleaf, the stack interchange, the cloverleaf stack, the windmill, the diamond, the dumbbell, the dogbone, and the boomerang, to mention just a few. (Note: The Texanist is pulling your leg; the boomerang, to the best of his knowledge, doesn’t exist. The dogbone, though, is real.)

The majority of the Texanist’s road travel has, unsurprisingly, taken place inside the borders of the Lone Star State, but he has also driven his way to both the east and west coasts of the United States. And though the Texanist likes to think of himself as an observant type, he’ll admit to not paying much attention to the differences in highway overpasses throughout the country. That said, he is not unaware that Texas has some pretty remarkable high-flying flyovers.

In fact, among all the aforementioned types of highway interchanges, there is one variation that the Texanist finds to be a particular standout. The “Texas-style stack,” as it is known, brings to mind an extra-tall pile of pancakes, but is actually more like a gargantuan spaghetti bowl of overpasses and underpasses that involves a whopping five separate levels of roads and ramps and bridges. There are a number of examples of the Texas-style stack in and around our larger metropolitan areas, including Houston, which, because of its large number of stack interchanges, is known as “Stack City”; Fort Worth, which has the 110-foot-tall I-35W/I-30 Mixmaster; and Dallas, which boasts the High Five at the LBJ Freeway and Central Expressway, notable for its forty-three bridges and astounding 140-foot height.

The choice of which specific system will be employed at a given crossroads takes into account a number of factors having to do with terrain, traffic volume, speed limits, general physics, and a level of engineering know-how with which the Texanist is not equipped. So, to assist in providing an answer to your question, the Texanist reached out to Bill Hale, the chief engineer at the Texas Department of Transportation, the outfit tasked with the safe and reliable movement of people and goods across the state.

A native Texan and 35-year TxDot veteran, Hale kindly explained to the Texanist that highways are not just plopped down right at ground level because “the number of conflicts between roadways crossing each other increases as traffic increases and the backups and the resulting cost of delays reach a point where it is more cost efficient and safe to grade separate the two roadways with an overpass.” Which is to say: there are just too many Texans (and occasional Iowans) driving in Texas for us to do without overpasses that helpfully lift us up and out of the way of one another. Hale also told the Texanist that each level of a highway interchange requires about twenty-five feet of clearance.

Hale, whose favorite drive is along FM 118 from I-10 to Alpine, acknowledged that Texas’s overpasses are indeed particularly tall compared to those in the rest of the country. Congratulations on your keen eye, Mr. Dunn. Hale further explained to the Texanist that this has to do with the fact that Texas’s interstate system, unlike virtually every other interstate system, typically includes frontage roads. Frontage roads, a.k.a. access roads, service roads, and feeder roads, add a fifth level at the point of an interchange, which means appending an extra twenty-five or so feet to what would be a typical four-level stack. This commonly adds up to a 125-foot overpass—even higher than your awestruck guesstimate of “nearly 100 feet tall.” The five-level stack, Hale said, was first built in Texas, which is why they are known the world over as Texas-style stacks. (The Texanist has even heard tell of six-stack overpasses in Dallas and Lewisville, though he will refrain from describing them, so as not to trigger a vertigo attack on your part.)

There you have it, Mr. Dunn. Thanks for the letter. And happy super-stacked 140-foot-tall trails to you, sir.

A version of this is published in the November 2018 issue.

The Texanist: Can a Really Hot Pepper Burn the Tongue Right Out of My Mouth? 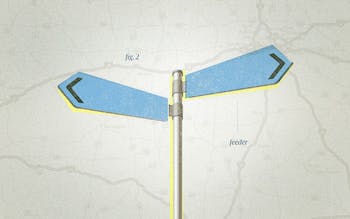 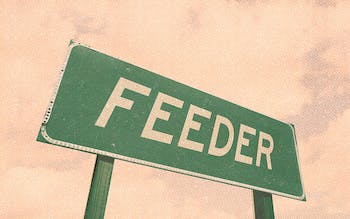 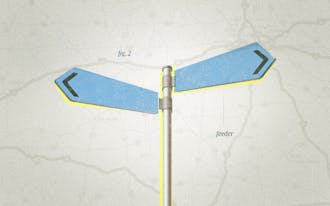 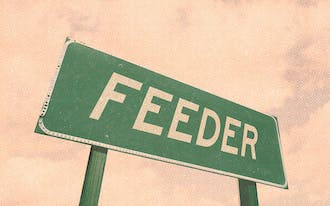