Like most political geeks, senior editor Dave Mann and I spent much of this morning debating the import of last night’s New Hampshire primary results. It became so involved that we decided to simply turn our email exchange into a post.

Dave Mann: What a great night for Ted Cruz.

For one, he had a strong third-place showing. And Rubio—his greatest threat for the nomination—was severely wounded, and Kasich and Bush guaranteed that the establishment field remains crowded. Seems like Bush, Kasich, and Rubio will likely stay in at least through the South Carolina primary and Nevada caucus, which means that a consensus establishment candidate won’t emerge until the March 1 Super Tuesday primaries, at the earliest. And we expect that March 1 should be a good day for Cruz, right? Especially if he wins Texas.

At that point—if Cruz performs well on March 1—it may be too late for an establishment candidate to catch up. And it may be down to Trump and Cruz.

Who knows if that’s how it will play out. But I’d say that last night’s results greatly increased Cruz’s odds of winning the nomination. Trump’s too, I suppose.

Erica Grieder: My take is different for several reasons. I mean, I broadly agree that it was a catastrophic night for the GOP and a good night for Cruz. But I didn’t think Rubio was Cruz’s greatest threat. The catastrophe for the GOP is that Trump is a stain on the party and, in my view, a threat to the country. He’s just so unstable and emotionally reactive. And although a lot of Republicans are appalled by Trump, Cruz is the only candidate who has beat him. Now the GOP has three establishment candidates (at least) staggering on to South Carolina, where they’re going to split the non-Trump vote in a state where the most recent polls show Trump leading by 16 points over his nearest competitor (Cruz).

The party had a chance to stop Trump’s momentum after Iowa, I think, but they failed to take advantage of the opportunity in their desire to hype Rubio/humor Ben Carson’s complaints about how bad and nasty Cruz is. That looked like a really short-sighted decision last night during Trump’s victory speech.

DM: Interesting stuff. I think our difference of opinion stems from our estimations of Cruz’s chances in November. I think he has a better shot than Trump, but not a great one.

I think the party sees Cruz as a disaster in November. If they do lose this election, they’re looking at the possibility of eight more years of a Democratic White House—and 16 years total, which means by the time 2024 rolls around, it will have been 20 years since the GOP won a presidential election.

EG: Maybe that’s right…or at least part of it. The other argument I’ve heard is that Cruz is more ideological and intransigent than Trump, and so, if it comes down to a choice between the two, Trump might be the better option for Republicans. But I disagree with both lines of reasoning. I think Cruz could win the general, especially against Clinton. And he is more ideological than Trump (not a high bar), but the idea that Trump would make deals with the GOP is misguided. He’s done nothing all year out of any motive other than self-interest. But more importantly, I don’t think “winning the White House” can be the paramount consideration at this point. Trump came in second in Iowa. He won in New Hampshire. He’s leading the state and national polls by a double-digit margin. America is now in triage mode.

DM: I don’t think Trump will ever be president. Looking at his approval ratings with the general electorate, it’s almost mathematically impossible. You can’t win the White House by losing 65 percent of women and independents, and 80 percent of Latinos.

As for the GOP, I’d say that winning the White House has been the party’s mantra for the past eight years. They made the strategic decision not to cooperate with Obama, not to make any deals, not to address the country’s pressing problems or even pass a budget, and to stoke fear at every turn—hoping to win politically (and they did win two midterms for their trouble). Their leading elected officials long ago gave up on compromising for the good of the country in favor of what’s best for them politically. And now that their voters are out of control, the party is suffering the blowback, and its name is Donald Trump.

I don’t think America is in triage mode. What we have is one major party that’s tilting toward extremism.

EG: Well, I agree that the GOP is a failed party. As I’ve written before, a party that would seriously nominate Trump for president is a party that needs to skip the pasture and go straight to the glue factory.

But I wouldn’t describe the failure as completely asymmetric. And neither would most Democrats, I think. Between Trump, Sanders, and Cruz, more than half of the Americans who have voted thus far have opted for “Washington is broken.” If Democrats were solely disappointed in the GOP, they’d be all aboard the Clinton train, no?

And although I am appalled by the GOP’s response to Trump, I think it’s incredibly dangerous for Democrats to assume that it’s just the other side self-destructing here. Hillary Clinton is being investigated by the FBI. And if there’s another San Bernardino between now and November, God forbid, the Republicans will win, regardless of who their nominee is.

Plus, the grim reality is that Trump’s support is more broad-based than one would think and although his unfavorables are high, they’re mutable. His polling support among women went UP, slightly, after the Megyn Kelly thing. The New Hampshire exit polls showed him winning among Republican voters who describe themselves as moderate and conservative and very conservative.

DM: Interesting points about Trump. And Democrats certainly aren’t innocent here. They never are. I think the Trump and Sanders surges are fueled by very real feelings that the political system is broken, that there is something systemically unfair about the country right now, that the game is rigged, that politicians never do what they promise. I think people are feeling the income inequality and the squeezing of the bottom 50 percent. And Citizens United/Super PACS and the lack of immigration reform make for a perfect storm. Certainly Bill and Hillary Clinton (and Obama too) have their hands all over the current wealth gap.

Hillary, I think, suffers mainly from being a stilted campaigner, but I suspect she’d do little to alter the current trends. I agree that Democrats, like many Republicans, are creatures of the system, largely beholden to Wall Street and major contributors—hospitals, doctors and insurance companies and labor unions and the defense industry and Soros and the Koch brothers and all the rest.

Something will have to change or we’ll keep seeing this kind of populism on the left and right, and unconventional candidates trying to capitalize on it.

Not sure where that leaves us. I guess back where we started: It was a very good night for Trump and Cruz. 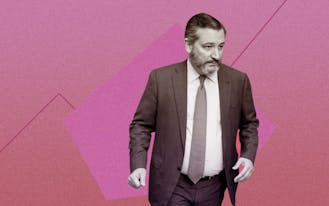