You might want to think twice about including a vindication of Joe McCarthy’s anticommunist activities, based on the revelations of the Venona papers, in the proposed social studies curriculum standards, for two reasons: (1) It was stupid. (2) It was wrong. The current issue of The Weekly Standard, a conservative journal of high quality, has a review of a new book on Soviet espionage in America, titled Spies: The Rise and Fall of the KGB in America. Quoting from the review: Since the Cold War, two competing narratives about Soviet espionage in the United States have existed. The left has argued that many who were accused by either Joseph McCarthy or the House Committee on Un-American Activities of being Soviet agents were simply political dissenters, falsely accused because of their opposition to the foreign policies of the United States since the Truman era. Their only crime was to be forthright and brave opponents of a get-tough anti-Soviet policy, and the scorn heaped upon them—and sometimes the actual prosecutions or blacklists—served only to scare others from speaking out. Many on the right assumed, as a matter of course, that most of those named as Communists or as actual Soviet agents, sources, or spies were, in fact, guilty as charged. To those who assumed the worst, most Communists were likely spies in waiting, if not yet engaged. Therefore someone like McCarthy, who railed about the failure of the Truman and Eisenhower administrations to do anything to protect America’s national security, was generally correct, and in retrospect, McCarthy’s campaign to stop treason in government was both brave and correct. Ann Coulter has called McCarthy a great hero whom history has proved correct, and M. Stanton Evans devoted a recent biography to the proposition that McCarthy was the man who should have been listened to, and whose advice, if taken, would have prevented some major Soviet attempts to destroy our government. It is because of the power and strength of John Earl Haynes, Harvey Klehr, and Alexander Vassiliev (hereafter HKV) that this magisterial book transcends the old debates and paradigms, and provides the most complete and thorough account of what Soviet espionage agents actually did in the United States, as well as revealing—by sorting through the evidence in painstaking detail—who these agents were, and what harm they caused. Here is the relevant passage about McCarthy: On McCarthy, they point out that his “charges were .  .  . wildly off the mark. Very few of the people he accused appeared in KGB documents (or the Venona decryptions), and by the time he made his charges, almost all Soviet agents had been forced out of the government and Soviet intelligence networks were largely defunct.” In February 1950, for example, McCarthy listed one Gerald Graze on a list of 81 cases he called major security risks. But by that time Graze had already left government service and neither McCarthy (nor anybody else) pursued the case. In fact, Graze had been a Soviet agent between 1937 and 1945. In other words, McCarthy used old cases to rail about a threat that no longer existed by exploiting the failure of the Roosevelt administration to act when it might have mattered. In a similar fashion, the German émigré and scholar Franz Neumann had been a source in the Office of Strategic Services (OSS) during World War II, giving valuable information to Moscow in 1944. Yet McCarthy included him in a list of State Department security risks in 1950! And in 1953 McCarthy’s subcommittee called Nathan Sussman to testify in its investigation of Communist infiltration of the Army Signal Corps. They suspected (correctly, it turns out) that he was an active member of the Soviet network put together by Julius Rosenberg. Yet Sussman acted as a “model of a cooperative witness,” verifying that Rosenberg was a party member when he knew him. Neither McCarthy nor Roy Cohn ever asked him about espionage, and he departed unharmed, successfully playing McCarthy and Cohn and escaping without their discovering any of the actual spy work he had carried out for the Soviets. 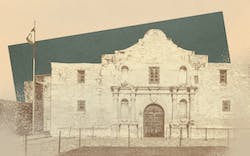 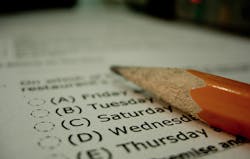