Ross Ramsey, writing in the Texas Tribune today, has a story that the Hutchison campaign asked that I not be allowed to be a panelist on the gubernatorial debate on the grounds that KERA, the Dallas PBS station that is hosting the debate, and NPR both have policies against opinion writers participating in debates. The story is correct. KERA agreed with the Hutchison campaign and invited Texas Monthly to send another panelist of our choosing. At this point, Texas Monthly withdrew as a co-sponsor of the debate. I am a writer, and I have opinions, but I do not regard myself as an “opinion writer.” I am primarily a reporter who writes magazine articles for Texas Monthly. Those articles contain opinions. Opinions are not a synonym for “biases.” One such article is a lengthy feature on the governor’s race that I should have completed yesterday. It is a reported story. I have three notebooks and a stack of Internet research to prove it. I also blog. As a blogger, I have opinions. But Burkablog is not RedState.com or Burnt Orange Report–neither of which do I intend to denigrate, except to say that you know before you read them which side they are on. Readers don’t know which side I am going to come down on. It’s like the line from Patton: It’s not important that they know. It’s only important that I know. I don’t have a lot more to say on this subject, except that I don’t think who is, or who isn’t, on a debate panel is really news. Panelists are bit players. The process is that panelists get together with the moderator and the producer and individually suggest questions. The moderator, with input from the panelists, decides which questions will be asked and in what order, and sometimes who will ask them. The likelihood that a biased question will make the cut is zero, about the same likelihood that a panelist would propose a biased question. If I have any concern about this episode, it is not about myself; on debate night, I’ll watch the proceedings and blog about them. My concern is about the attempt to differentiate “opinion” journalists from “reporting” journalists. It is a false distinction. Opinion writers report. Reporters have opinions. The lines are increasingly blurred in the digital age. It is silly to have a blanket rule that excludes people who blog. It ignores the direction in which journalism is heading, which is more opinion journalism, not less. Good reporting will never be out of style, but opinions provide readers with a benchmark that, in an interactive world, stimulates their minds and expands their understanding. P.S. The Tribune posted several examples of my writing that the Hutchison campaign objected to as “snarky.” I wouldn’t change a word. 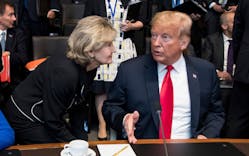 Goodbye to a Writer