Tea-leaves readers in El Paso note that Norma Chavez has been touting her committee appointments around town lately, which they interpret as a sign that she will run for reelection rather than for Eliot Shapleigh’s now-vacant Senate seat. I have written about the Senate race previously, and other bloggers are all over the race, so I’ll summarize the state of the race and move on to what I hope is a more interesting issue: (1) As badly as Chavez wants to run for the Senate, she has probably figured out she can’t beat county attorney Jose Rodriguez, who has run countywide five times, all victoriously. (2) She already has two likely opponents for reelection, both to be reckoned with, so she needs to start defending her turf. (3) The unknown factor in her bid to hold onto her seat is whether the bad pub she received during the session will hurt her fabled ground game and put her reelection bid in jeopardy. Enough of that. Now, on to the interesting question: Just how certain can Chavez — or any member — be that the committee appointments he or she has now will be available in 2011? Straus had to make appointments on short notice under duress, and he got some of them very wrong. There are unfriendly chairs who have to be replaced. There are unfriendly members with appointments on good committees. Straus has to decide whether to put some of the Craddick crowd (Chisum, Phil King) back in the game as chairs, or at least let them out of the doghouse. And he may find that he cannot befriend Representative X without alienating Representative Y. Or, perhaps I should say, he cannot befriend Representative R without alienating Representative D. In short, how much will seniority count compared to party and loyalty? 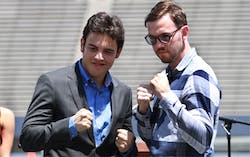 Sun Bowl Boxing Match is Back On 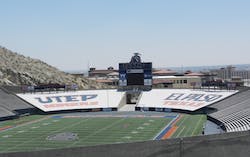