I met yesterday with William Hurd, who plans to seek the Republican nomination for Congressional District 23, a sprawling district that runs from San Antonio to El Paso, between Interstate 10 and the Rio Grande. I first met Hurd ten years ago, when he was student body president at Texas A&M, and I was writing a story about the bonfire tragedy. He was then, and is now, a very impressive person. He spent the intervening nine years with the Central Intelligence Agency as a case officer in Afghanistan and Pakistan. The district has an interesting history. At the time of the the mid-census redistricting in 2003, it was represented by Henry Bonilla, a Republican. To make the seat a safe Republican district, GOP lawmakers divided Webb County, which votes overwhelmingly Democratic, removing around 100,000 voters from the district. In the spring of 2006, the U.S. Supreme Court rejected the division as a dilution of minority voting strength. It was the only district of the 32 congressional districts in Texas whose boundaries did not withstand constitutional scrutiny. Attorney General Abbott tried to defend the division before a three-judge panel of the Fifth Circuit that was assigned to fix the infirmity but was quickly poured out. The panel approved new boundary lines that did not contain Webb County in time for the 06 elections. A special election took place on election day of 06. Bonilla won 48.4% of the vote, leaving him a handful of votes shy of a majority. Ciro Rodriguez, a former congressman who had previously lost his seat to in a primary to Henry Cuellar, was the second-place finisher. despite receiving some 36,000 fewer votes than Bonilla (less than 20% of the vote). But that was enough to get into a runoff. The Republicans suffered a devastating national rout on election day, and when the runoff occurred, GOP voters, sick of scandals and party infighting and the Bush presidency, had little motivation to vote. Rodriguez is no great shakes as a campaigner, and eventually the national Democratic party had to take over the race. They brought Bill Clinton into San Antonio to stir up the base, and Rodriguez won. Republicans regard District 23 as a winnable seat, and in 2008 two Republicans, businessman Quico Canseco and county commissioner Lyle Larson, vied for the Republican nomination, with Larson winning by 18,000 to 11,000. Larson was regarded as a strong candidate, but Rodriguez won handily with 55% of the vote, undoubtedly helped by Obama’s presence at the top of the ticket. Earlier this week, Larson announced that he would not make a second try for the GOP nomination, leaving Canseco and Hurd (and perhaps others) to battle for the right to be the GOP standardbearer. Canseco will have a lot more money to spend than Hurd, but he has already lost one primary race, and Hurd is a fresh face. In a small GOP primary (typically 30,000 votes), Hurd doesn’t need to raise a truckload of money to raise his name identification. The general election sets up well for the winner. 2010 is a different year from 2006 and 2008. Republicans are likely to be more motivated than Democrats, and there will not be an Obama bounce for Democratic candidates. I think Rodriguez is going to be in for a tough race. 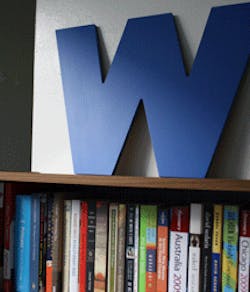 Read It and Weep