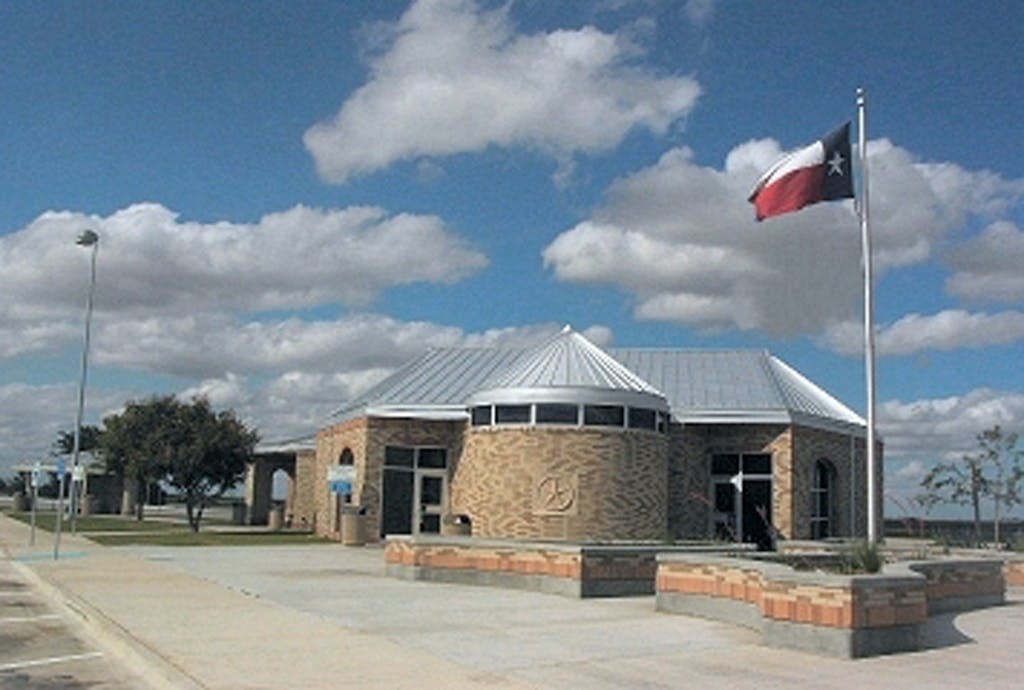 If he did, the second-longest-serving Republican in the Texas House would hear panicked versions of a political proverb he’s long understood: There’s no context in politics— when you’re explaining, you’re losing.

And in an 85th Legislature that is hotter than hell’s hinges, fueled by partisan provocation and ideological indignation, Smithee’s legislation honoring an old friend– a Democrat who passed away last August– requires explanation. House Bill 1691 reads: “Relating to the designation of certain rest areas on Interstate Highway 27 in Hale County as the Nelda Laney Safety Stops. Author: Smithee.”

Nelda Laney was a forceful Texas figure, a force who grew over her 53 years of marriage to Pete Laney, a five-term speaker of the House and 17-term state representative. Readers who Google “First Lady of West Texas” will find too many accomplishments to list here.

Smithee explains the bill, and does so with ease, as though another context from another time guides the dutiful Amarilloan today.

“Nelda made great contributions to our area and to the state. She was so very gracious to me, to my family and my daughters when Pete was speaker, as she was to all members and their spouses,” he says.

There are 80 safety stops across the state, according to the Texas Department of Transportation. The Hale County stops, located directly across the interstate from one another, are roughly eight miles south of the Laney homestead near Hale Center. Smithee cites Nelda as instrumental in bringing one of the first of the federally funded stops to her home county in 2004. “The rest stops are highly visible. People would see her name,” he adds.

First sworn in as one of 55 G.O.P. House members in 1985, Smithee, 65, has been a Republican “as long as I can remember.” And it’s his commitment to the party, long and at times difficult, that makes the explanation of HB 1691 about more than a bipartisan effort to re-name remote rest stops.

The Republicanism of the Panhandle, where Smithee’s tough people inhabit old Comancheria in counties mostly named after Texas revolutionary heroes, is a legend west of I-35. For many West Texans, most of whom have only been Republicans for a little over two decades, the Panhandle has, indeed, been Republican as long as they can remember.

Old timers recall origins in November 1964, when as many Panhandle counties bucked Lyndon Johnson for Barry Goldwater as the rest of Texas counties combined. Days after the election, L.B.J. reciprocated the sentiment– and galvanized the region’s Republicanism– when he sent orders to shut down the Amarillo Air Force Base.

Smithee has his own legend east of I-35: He managed to retain chairmanship of the House Insurance Committee under three speakers. The chair was first given by then-Speaker Laney in 1993, back when Democrats dominated.

But as the state turned Amarillo red over the following decade, so did representation in the House. When Midland Republican Tom Craddick mounted a speakership challenge in 2003, Smithee was one of two House chairmen who declined to back Democratic Laney for re-election.

It was a politically painless and personally painful decision for Smithee (some of his G.O.P. peers recall their own vote against Laney as “gut wrenching”). A decision some say still weighs on the Dean of Panhandle Republicanism— a weight he might’ve felt while quietly filing HB 1691.

Smithee, his hair wisdom-white, average in height and tall on political savvy, tried to name the safety stops after Pete and Nelda two sessions ago. However, he was told TxDOT wouldn’t name assets after anyone still living, despite plenty of contradictory evidence.

Democrats and Republicans across the state grieved late last summer when Nelda met the criteria.

Each of the safety stops is designed on themes relevant to the history, geological features or natural history of their specific locality. In Hale County, the design is inspired by the Ogallala Aquifer and cotton. And in Smithee’s estimation, the stops would be made more locally relevant by prominently and permanently bearing Nelda’s name.

There was no pause in reply when I sought to confirm if fellow Amarillo Republican and Senate President Pro Tem Kel Seliger would carry the bill in his chamber. “Absolutely,” said Seliger, who sat up front with a host of current and former lawmakers at Nelda’s funeral. “She was an absolutely wonderful person, a great West Texan, and this bill is altogether appropriate.”

Smithee hopes the bill passes early in the session.

Perhaps it’s just me, but the more Smithee explains re-naming remote rest stops after a venerated Texas servant, the more he’s winning. In doing so, the Dean of Panhandle Republicanism invokes memory of greater civility and decency within the current political context.

And that, in and of itself, is a fitting tribute to his old friend.

EDITOR’S NOTE: Jay Leeson wrote this piece before congressmen Beto O’Rourke of El Paso and Will Hurd of San Antonio made their bipartisan, town hall road trip last week. But perhaps this story and their road trip show that we all can be bound together on the highways of America.

Jay Leeson is a Lubbock businessman and political columnist who can be heard on KRFE AM 580’s West Texas Drive weekdays. Email him at jay@westtexasdrive.com. A version of this contribution first appeared in the Lubbock Avalanche-Journal.