The morning news clips carry a story from the Midland Reporter-Telegram about a speech Tom Craddick gave yesterday to the Downtown Lions Club in which Craddick said that the challengers to his speakership, Republicans all, are backed by trial lawyers who want to repeal the lawsuit reform he sponsored in 2003 (my emphasis). That Craddick was the sponsor would come as news to Joe Nixon. That Craddick thinks of himself as having been the sponsor would not come as news to anyone, Nixon included. The story goes on to quote Craddick as saying, “The group that’s really pushing to get a different speaker is the one that wants to reverse the tort laws.” I called the reporter, Bob Campbell, to ask if Craddick had used “sponsored,” and Campbell said the speaker’s actual words were, “I’m the one who pushed tort reform.” Well, Craddick was hardly alone–there was Perry, and Toomey, and Republicans statewide had promised tort reform in the 2002 elections–but push it he did. I don’t doubt that the trial lawyers would like to see a different speaker. So would just about everybody in the Capitol–except for the members who keep electing Craddick. It’s quite clear now that Craddick’s strategy to win a third term is to embrace publicly the most popular Republican issues and to suggest that those who oppose him oppose these issues. Appraisal caps, which I wrote about previously, is one. Tort reform is another. Voter ID, which he mentioned in his Midland talk, is another. Assuming Craddick is right, and that the opposition to him is motivated by repealing tort reform, what is the likelihood of that occurring? I think it is minuscule. Why do you think Pete Laney had to keep tort reform bottled up during the late years of his speakership? Because it would have passed. The public is for it, a majority of the House was for it in 2003 and is for it now, and the two big interest groups behind tort reform, the doctors and TLR, form a formidable coalition that can’t be defeated. Finally, does anyone believe that a newly elected Republican speaker in a House bitterly divided into pro-Craddicks and anti-Craddicks would undertake to undo tort reform? There would be a revolt. I can understand why Craddick is playing the trial lawyer card. He doesn’t have a lot of good cards to play. He’s got the money card. He’s got the partisanship card. But he can’t play the “treats members fairly” card, and he can’t play the “empowers the members” card, and he can’t even play the “lets members pass their local bills” card. One more point about repealing tort reform, just in case anyone thinks it might be easy to do: California has had medical malpractice caps since the 1970s. California is a blue state. It’s full of nutty Bay Area liberals and Hollywood lefties. You can bet they have a lot of trial lawyers, too. And the caps have never changed. 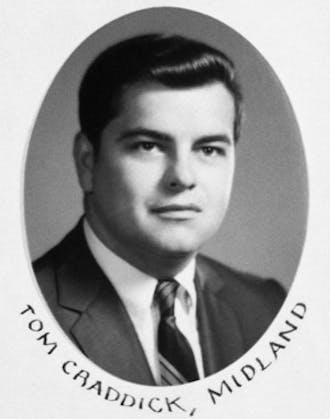 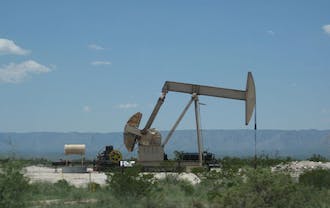